In 2018, Médecins Sans Frontières supported the Angolan health authorities to respond to outbreaks of malaria and cholera, and to improve the country’s monitoring of these and other endemic diseases.

In 2018, Médecins Sans Frontières supported the Angolan health authorities to respond to outbreaks of malaria and cholera, and to improve the country’s monitoring of these and other endemic diseases.

Our emergency team started working in Huambo province in January, to assist the health authorities in response to an outbreak of malaria, which affected mainly children, typically the most vulnerable to the disease. 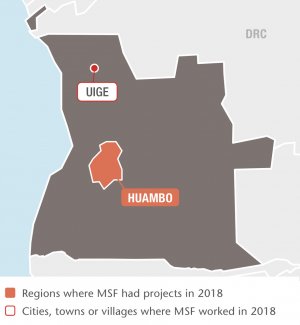 The team was based in Huambo provincial hospital, where the most severe cases were transferred. We rehabilitated an unused area within the facility to increase the number of beds available from 65 to 150. As rains and rising temperatures exacerbated the outbreak, we extended our support to nine municipal hospitals during an intervention that lasted until April.

The emergency team also responded to a cholera outbreak in Uige, reinforcing case management and isolation procedures in the city’s cholera treatment centre, and strengthening community surveillance systems for early case detection. In addition, we provided training and donated material to help control the outbreak.

Meanwhile, we worked with the Ministry of Health to improve the systematic collection and dissemination of epidemiological data. A 10-year epidemiological analysis of the 13 main endemic diseases in Angola was produced, and the ministry now uses the findings to prioritise the alerts it generates for specific diseases. 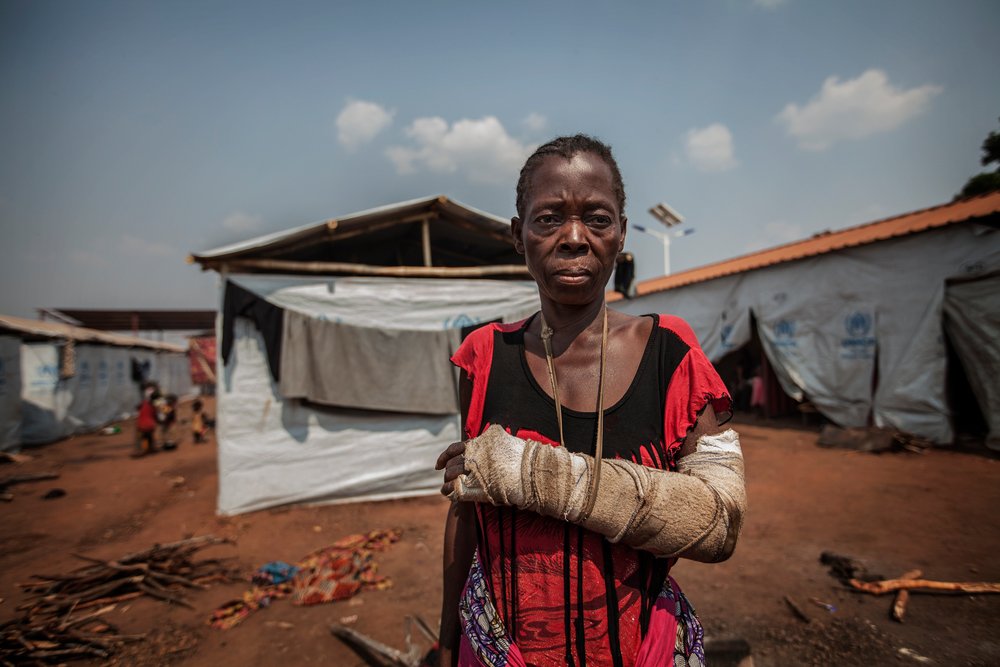 Bruno Fonseca
A refugee in the Cacanda camp shows the traumatic injury caused during the conflict in the Democratic Republic of Congo (DRC).

We left Angola at the end of the year but will continue to monitor the situation, ready to respond in case of new emergencies.