The year 2020 has been considered a historic one for Afghanistan. In February, 20 years since the US-led invasion, the US signed a deal with the Islamic Emirate – otherwise known as the Taliban – to pave the way for a conditions-based withdrawal of US troops. In September, intra-Afghan talks between the Taliban and the Afghan government began in Doha.

This year also marks 40 years since MSF first started working in the country and what we are witnessing demonstrates that our patients have yet to see tangible improvements in accessing healthcare. 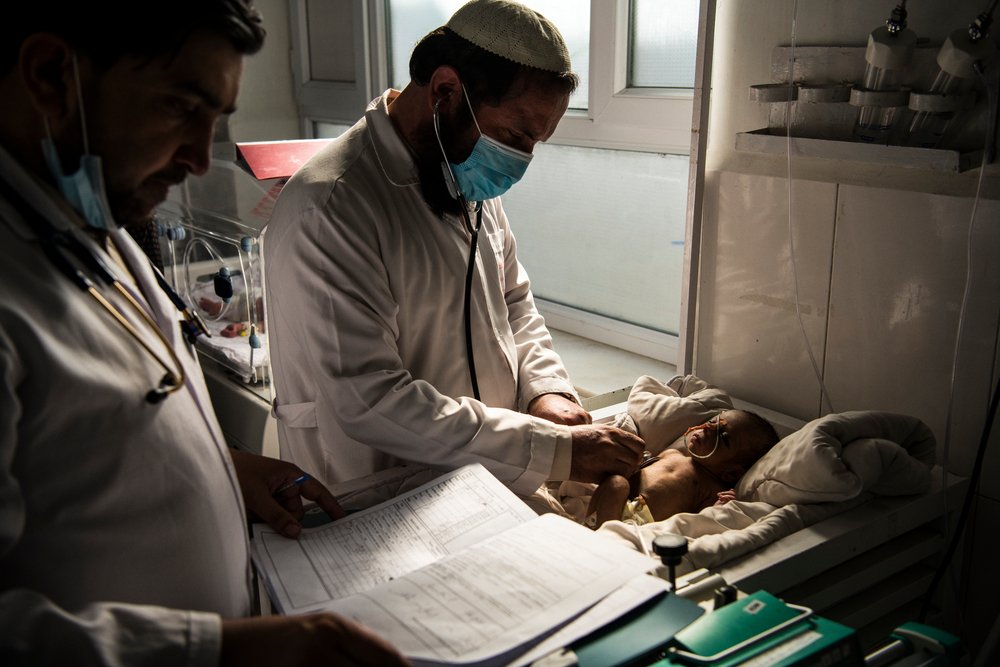 They have little choice but to continue to make dangerous journeys to do so. These challenges come amid a second wave of COVID-19, and the soon-to-be-felt consequences of reduced donor funding to a country with escalating humanitarian needs.

Below, we give some insight into what our patients still face when trying to access healthcare and what our teams witness when they do arrive.

Safia was seven months pregnant when a stray bullet pierced her body outside her house. After travelling for hours to reach the first available health facility ─taking a longer route than usual to avoid the fighting ─she ended up at the MSF-supported Boost provincial hospital in Lashkar Gah city, capital of Helmand province.

The 100-bed trauma hospital was overwhelmed with wounded within 24 hours of intensified fighting, and as our teams prepared to act as an overflow facility, we crossed paths with Safia. She underwent a life-saving caesarean but despite all efforts, the baby she had waited four years to conceive didn’t survive. Her child had been shot dead in her womb. 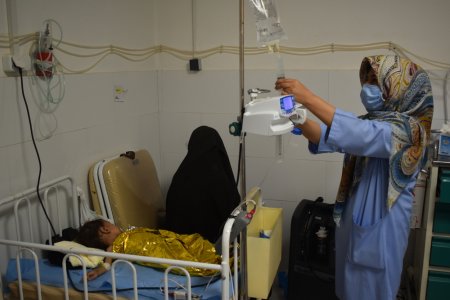 “I sat with Safia this morning,” says MSF hospital coordinator Marianna Cortesi.“Her strength and resilience were still present, but her grief in the ward still consumes me. In the womb and in the grave, her firstborn has known no peace.”

MSF has worked in Boost provincial hospital since 2009 and October’s escalation of violence was of an intensity not witnessed since 2016.

In just one week, while only responding to the overflow of wounded, our teams treated 62 patients with gunshot wounds, shrapnel injuries due to shelling and injuries due to bombs and improvised explosive devices.

Our concern was not only for the injured. Each week over that same period, the number of patients triaged in the emergency room fell by 700, and general admissions dropped by around 100. This indicated that people with life-threatening but non-conflict related injuries or diseases could not reach the hospital due to insecurity along the roads.

Murad Khan is a patient on MSF’s tuberculosis (TB) programme in Kandahar. He told us that a road he used to take to collect his TB medication was no longer safe. Often, while travelling from one province to another to reach the TB centre, he would have to wait for up to five hours until fighting subsided before continuing his journey. He travelled with four of his sons who also have TB.

Whether people are shot, or diagnosed with TB, the outcome is the same without a health facility to treat them.

Others can’t access what limited services are available due to insecurity, cost, or arriving at a facility unable to cope with their condition.

For Afghan women, accessing healthcare is an even greater challenge, as a male caretaker must also be willing and able to accompany them.

Shamila, a 31-year-old mother of six, arrived at MSF’s maternity hospital in Khost city in November. For the birth of four of her children, family problems prevented her from going the hospital but she convinced male relatives to take her there for the birth of her last two babies as she felt incredibly weak.

When she started to have contractions at the end of her most recent pregnancy, she again asked the men in her family to take her to hospital. It was the evening and they said no, pointing out that they would be attacked on the way. They told her she would have to tolerate the pain until the morning. The next day, when they were on their way to the maternity hospital, Shamila lost her baby.

Qamar Gull has been living in a camp for internally displaced people in Herat, western Afghanistan, for three years now. She came to Herat from her home province of Faryab after the check post her husband was stationed at was attacked. Since then she hasn’t heard from him and she wonders if he is still alive.

In December 2018, MSF set up what was originally intended to be just a ‘winter clinic’ to provide healthcare for children who were among the newly displaced people seeking refuge in Herat.

As the number of people and health needs in the camps grew and other organisations left, our clinic remained the only one in the area.

Despite the prolonged hardship of living in an informal settlement envisioned as a temporary solution, Qamar Gull does not yet feel it is safe to go back home with her daughters.

Travelling to healthcare facilities in Afghanistan is risky but arriving at one is no guarantee of our patients’ safety either. Our patients and staff painfully experienced this on the morning of 12 May, when gunmen stormed the MSF-run maternity wing of Dasht-e-Barchi 100-bed hospital in western Kabul.

The attackers systematically shot dead 16 mothers in their beds –including five who were about to give birth –our midwife colleague Maryam, two children present for routine vaccination and six other people. 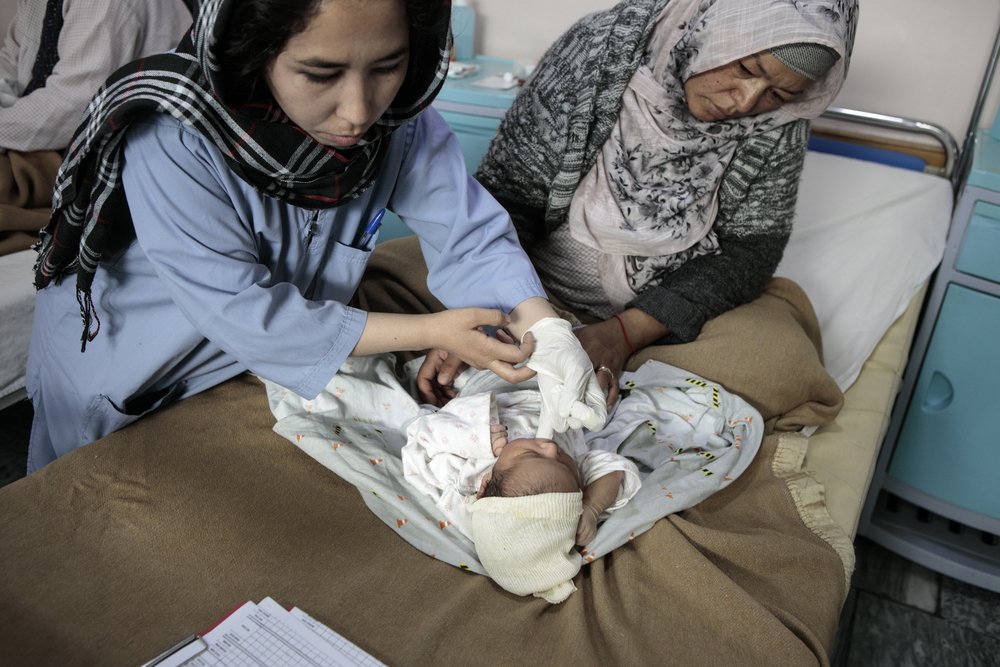 Afghanistan continues to witness attacks against medical facilities, with 67 incidents reported by the World Health Organisation between January and October 2020.

Indiscriminate violence continues to be the primary cause of civilian casualties and everyday activities, such as travelling to and from healthcare facilities, put people at serious risk of injury and death. Roads are often impassable due to active fighting or they are laden with improvised explosive devices.

While access to medical care is among the most urgent humanitarian needs in Afghanistan, we are concerned about patients caught in the ongoing conflict while trying to reach health facilities. We also observe a discrepancy between the official narrative about internationally-supported gains in the public healthcare system and the reality on the ground.

Help us save lives: donate today >