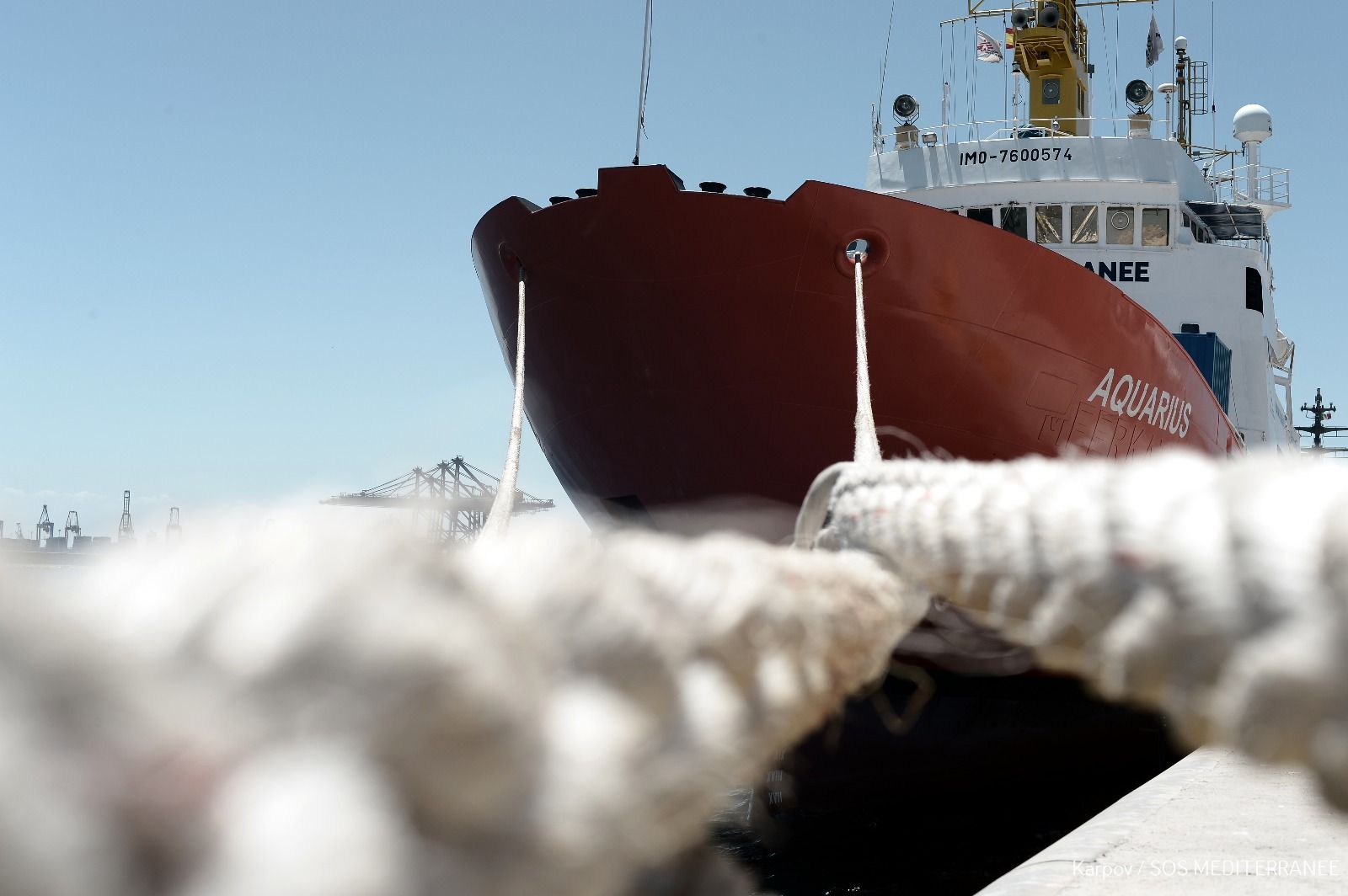 The rescue boat Aquarius, run in partnership between SOS MEDITERRANEE and Médecins Sans Frontières (MSF), sets sail today from Marseille after an extended port call. Aquarius is heading back to the Central Mediterranean in order to render assistance to persons in distress at sea.

“The Central Mediterranean route is the deadliest in the world,” said Aloys Vimard, MSF’s Project Coordinator on board the Aquarius. “There are hardly any rescue ships left in the Central Mediterranean and no dedicated search and rescue capacity from European states. Humanitarian assistance at sea is desperately needed now more than ever. Rescuing people in distress at sea remains a legal and moral obligation. Over 700 people have drowned in the past few weeks. This contempt for human life is horrifying.” 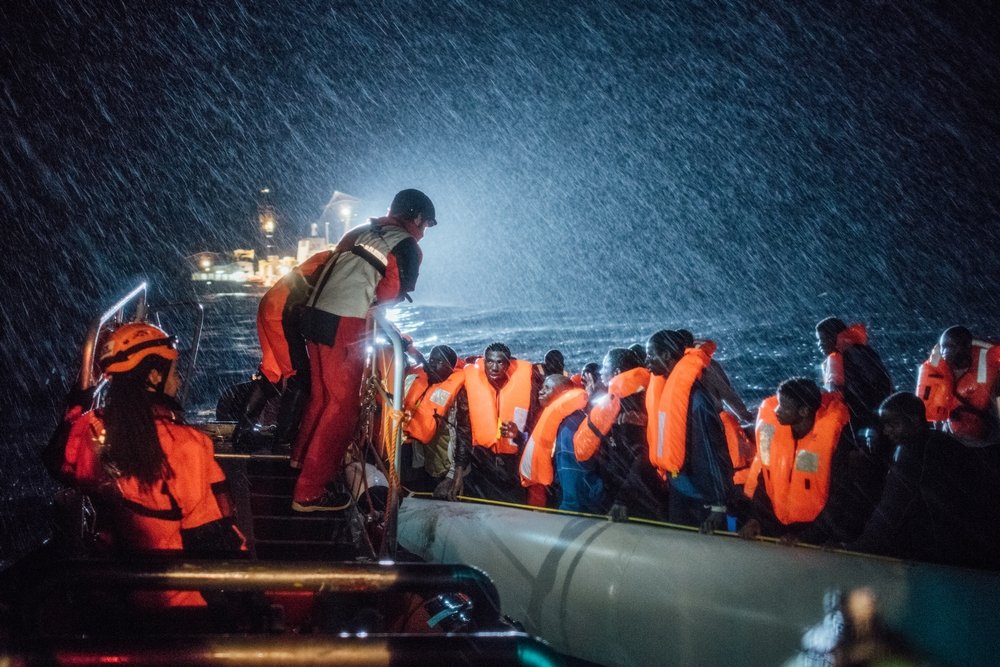 Kevin McElvaney
MSF personnel operating in appalling conditions as they help a boat in distress full of refugees and migrants off the northern coast of Libya.
In over two years of uninterrupted search and rescue operations in Central Mediterranean, this was the first time that Aquarius was in port for more than one month. The extended stay was the result of significant contextual changes that have taken place in Central Mediterranean that have severely affected rescue operations. Political disputes over ports of disembarkation have left ships that have rescued people at sea stranded for weeks at a time. Humanitarian organisations saving lives at sea have been criminalised and blocked from ports in Italy and Malta.

Despite European states being fully aware of the alarming level of violence and exploitation which refugees, migrants and asylum-seekers suffer in Libya, the transfer of coordination responsibilities to the EU-supported Libyan Coast Guard was ramped up even further and a new Libyan Joint Rescue Coordination Centre (JRCC) was recognised by the International Maritime Organisation (IMO) at the end of June. Inside Libya, refugees, asylum-seekers and migrants continued to be arbitrarily detained in overcrowded and inhumane detention centres where the humanitarian assistance provided fails to address the rising needs. 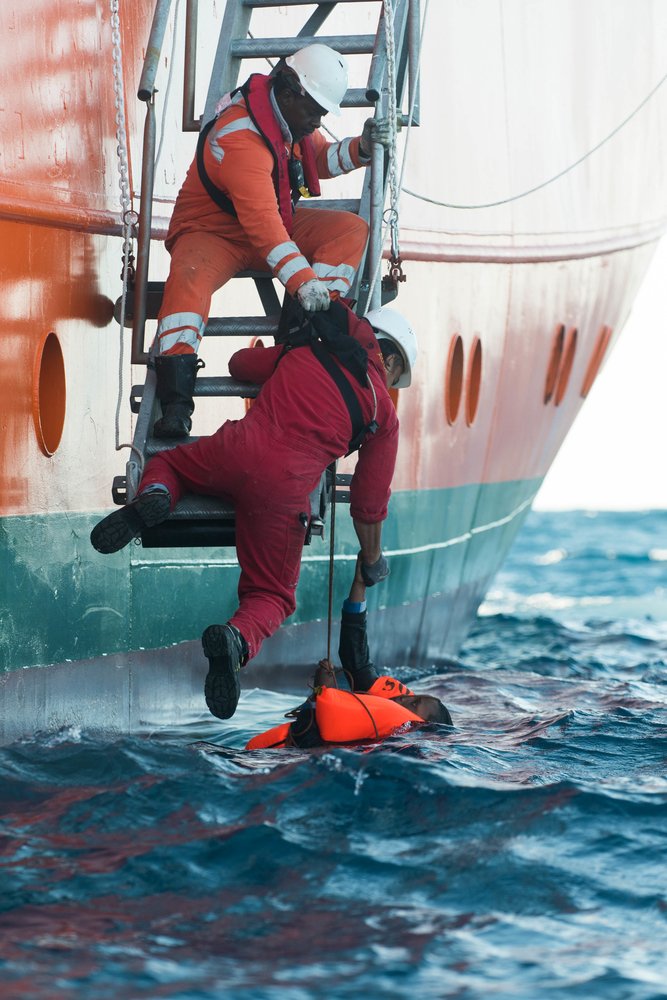 Laurin Schmid/SOS MEDITERRANEE
Another day on the Mediterranean: The MSF medical team on board the Aquarius resuscitated six young children, and one woman. Despite their best efforts they were unable to resuscitate two other women who had drowned.
“Despite the increasingly complex situation on the Central Mediterranean, our objective remains the same as it was at the start which is to save lives at sea; to prevent men, women and children from drowning, and to bring them to a place of safety where their basic needs are met and their rights protected and guaranteed” said Vimard.
As Aquarius heads back to the Central Mediterranean, MSF and SOS MEDITERRANEE teams onboard re-affirm that
​Refugees, asylum-seekers and migrants intercepted at sea should not be returned to Libya. Therefore, Aquarius is obliged to refuse any instruction by maritime authorities to disembark people rescued at sea in Libya, or to transfer people rescued at sea onto any ship that would disembark them in Libya. 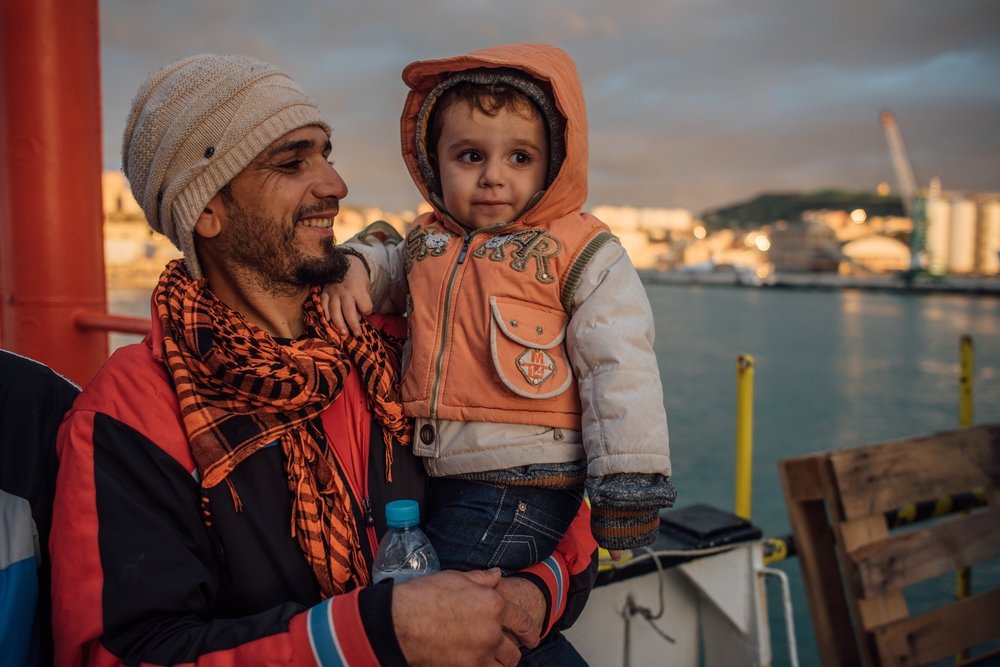 Kevin McElvaney
A man and his young son find time to pose for a photograph shortky before docking in Italy, after a harrowing crossing and rescue at night amidst high seas and appalling conditions in the Mediterranean sea.
Editors notes:
With over two years of experience in the Central Mediterranean the Aquarius has assisted more than 29,000 people in more than 200 operations at sea, all coordinated by competent maritime authorities. On numerous occasions, the Aquarius has been mobilised by maritime authorities to accommodate people rescued by other vessels in the Central Mediterranean, either commercial, military or coast guard ships. The ship has three fast rescue boats with emergency floatation tools for mass rescue operations, a specially recruited crew of 35 consisting of a professional marine crew, rescuers and a medical team from MSF, trained to render assistance to persons in distress at sea. The Aquarius has been set-up to provide emergency care to more than 500 people at one time for several days on the high seas.

While in Marseille, the Aquarius was equipped with a new fast speed rescue boat to allow for more efficient rescue operations. With increased likelihood that people rescued at sea will have to spend more days onboard before being able to disembark to a safe place, extra food and medical supplies have been brought onto the ship. A refrigerated shipping container has been installed on deck to store the bodies of people who have drowned. People travelling along the Central Mediterranean route have an increased chance of dying.

read more about search and rescue >