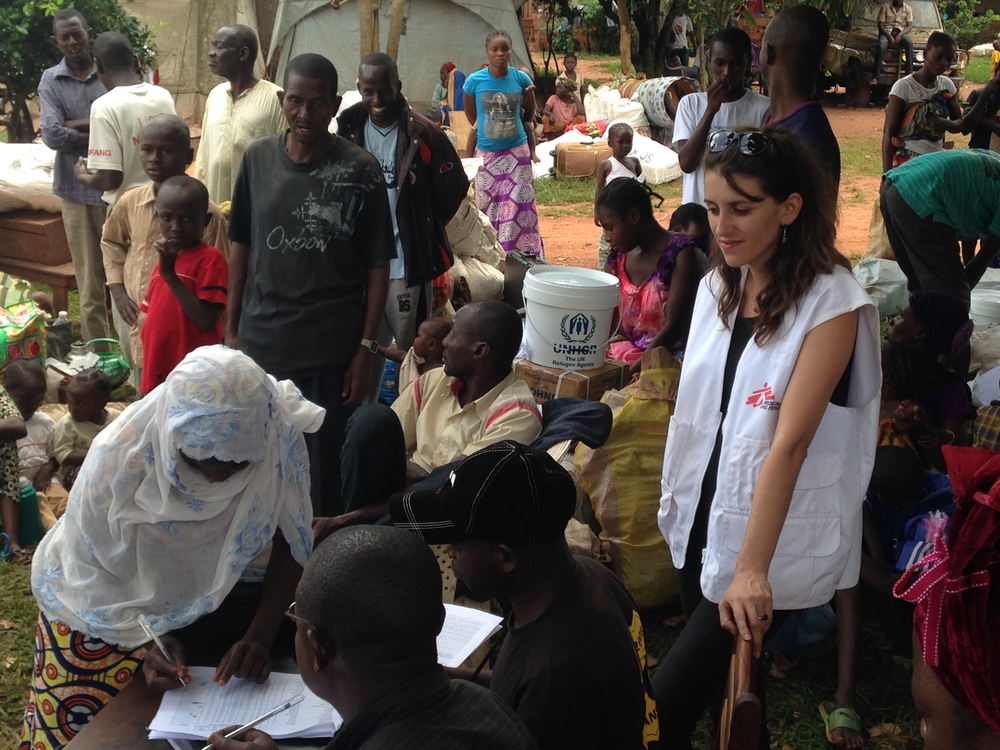 For the past 18 months, 400 people have been living under self-imposed exile within their own city behind the high walls and locked gates of the Bishop’s compound in Berbérati, Central African Republic (CAR), to escape violence.

Most are Muslim traders and their families. But in recent weeks, they finally decided it was safe enough to return home. Inside the compound, living conditions were desperate.

The families received basic medical care from a team from Médecins Sans Frontières/Doctors Without Borders (MSF), who ran a mobile clinic inside the grounds several times a week.

Those requiring more specialised care were referred to Berbérati University Hospital, where MSF also works. In the 18 months between February 2014 and July 2015, MSF mobile teams provided more than 4,800 medical consultations inside the compound.

The MSF team also provided food supplies to people sheltering in the compound, with the support of the World Food Programme.

The first group of displaced people returned to their homes in the Poto Poto district of Berbérati in July 2015, after local authorities, with the support of local and international organisations, launched  a ‘social cohesion process’ between the city’s different communities. In early August, the remainder of the families left the compound and returned home.

"The return of the displaced people is welcomed by the population,” said Ben, a community leader in the Poto Poto neighborhood.  “This is the result of long-term work by local authorities and partner organisations."

As they left, MSF distributed one month’s supply of food to every family. Most of the people sheltering in the compound have lost everything, and rebuilding their lives and setting up again as traders will not be easy.

Amadou, one of the returnees, said, "We are very happy to be back in the neighbourhood. However, much remains to be done to regain our quality of life."

After 18 months helping people in the Bishop’s compound, the MSF team welcomed their return to their homes.

“Although they will have to overcome fear and rebuild what has been destroyed, their lives are slowly returning to their course."

Elsewhere in CAR the situation is not so positive and MSF remains concerned about the situation of people continuing to shelter in compounds in fear of their lives.

In Carnot, for example, some 500 people are living confined within the walls of the church compound, where they have been since February 2014.

One in five of the population of CAR is either displaced within the country, or living as a refugee in neighbouring countries.

In July 2015, there were 368,000 people displaced from their homes in CAR, including 30,000 in the capital, Bangui, while some 460,000 Central African refugees are living in Cameroon, Chad and Democratic Republic of Congo.

MSF has been working in CAR since 1997 and currently runs 15 projects across the country. An MSF team started working in Berbérati in January 2014 to assist victims of the conflict and to ensure people had access to medical care. Today, MSF staff work in the paediatric ward and nutrition unit in Berbérati University Hospital.

In 2015, 2,349 children were admitted to the paediatric ward and 787 children were treated for malnutrition. MSF teams also support four health centres in the surrounding villages, providing 7,580 medical consultations between January and June 2015.