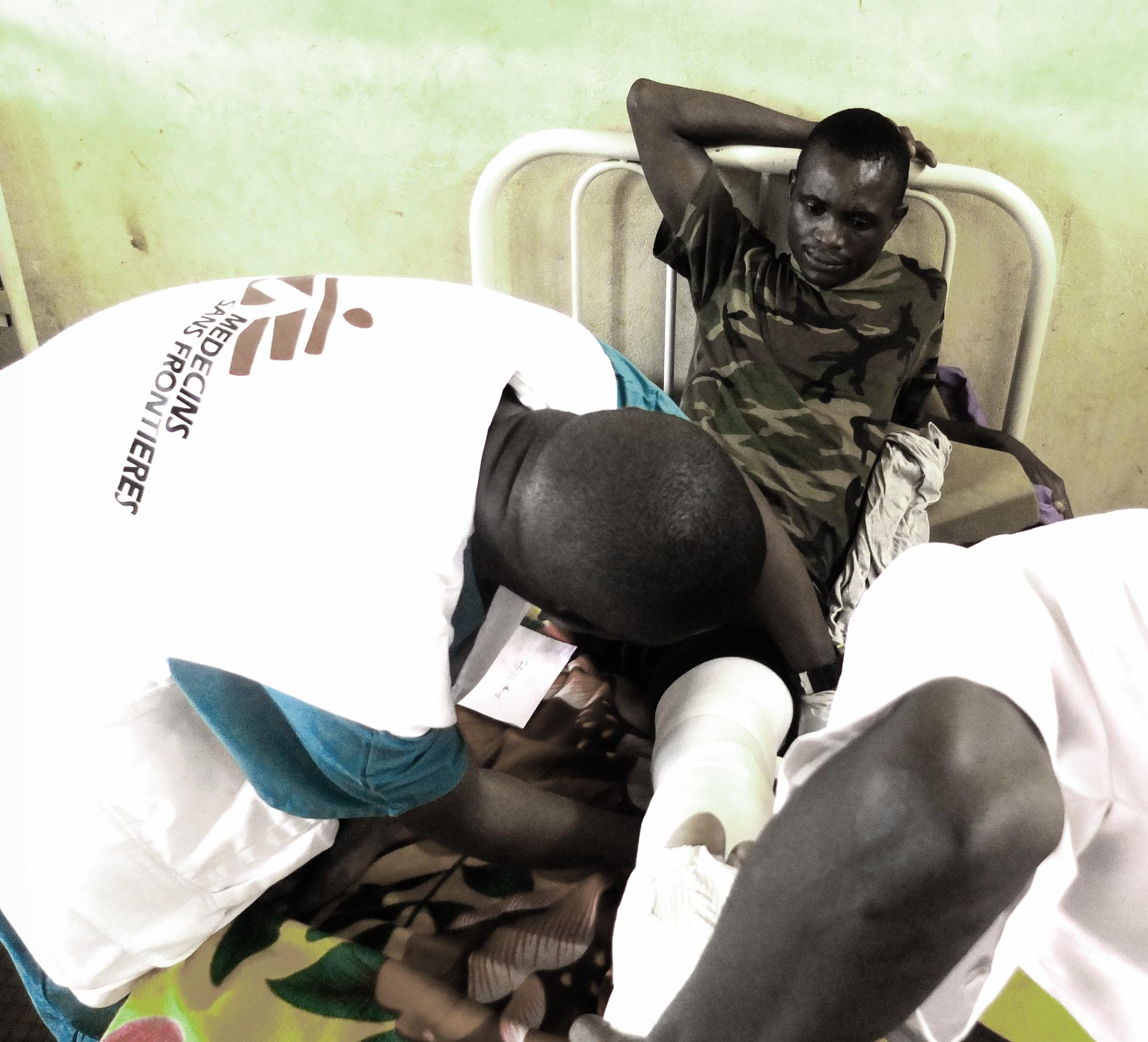 Médecins Sans Frontières is deploying new mobile medical teams in the Central African Republic (CAR), especially on the main road between Batangafo and Bouca, around Bossangoa and in the southwest of the country.

In the aftermath of new incidents of violence, these teams enable Médecins Sans Frontières to assess and respond quickly to the needs of the people, whether they are hiding in the bush or grouped for safety in public spaces.

"Our teams who were already present in the country wanted to reinforce their capability to respond quickly to requirements. To do that, we set up an emergency mobile team. The aim is to get as soon as possible to areas where a new outbreak of violence has occurred, to assess and meet the needs.

The idea is to stabilize the wounded as quickly as possible and have a referral system to operational hospitals that are able to treat these cases.

For the displaced persons, who have sometimes lost everything when they fled, we distribute the basic necessities.

This type of intervention can range from simple distribution of soap, for some families who have not lost their possessions, to the distribution of "family kits" for people whose house was burned down.

And finally, these mobile emergency teams organize mobile consultations that provide basic medical care, mainly for malaria. Malaria is the most lethal disease in the Central African Republic. But we also see a lot of respiratory infections and skin diseases associated with the poor living conditions of displaced people.

We were informed that violent clashes had taken place on 26 October in Bouar, a town situated in the west of the country.  We set off, and once we arrived on the spot, the team immediately began to treat the wounded: there were 16 of them.

Some patients had already had operations with the means available, so we had to redo some surgery. 9 patients were evacuated, mainly to Paoua hospital supported by Médecins Sans Frontières. In the Central African Republic, medical staff have no experience with the treatment of gunshot wounds. That is a definite requirement!

In the city, there were about 9,000 internally displaced persons, mainly concentrated in two main sites: 6,000 people in St. Laurent parish and 1,400 at St Joseph. The team conducted medical consultations and distributed basic necessities.

Afterwards, tensions eased in the city and people began returning home. The Médecins Sans Frontières team left for the bush, on the roads out of Bouar to provide consultations for the people.  They drove through burnt-out villages and found that local people were hiding in the bush or in their fields.

They were terrified, and every time they heard a car, they ran away, for fear of encountering armed men.  In total, in two weeks of intervention, our small mobile team carried out 2,000 consultations.

We are continuing. On 16th November, two mobile teams left for Mbaiki and Yaloké, located in the south-west of the country. Apparently there are newly displaced persons in these areas. They will assess the situation and intervene if necessary.

These teams can be effective if we are promptly informed of the occurrence of further violence, and if they can travel as soon as possible. But they cannot cover all the needs. Health is one thing; but these people also need clean water, food and security.

And in that regard, very little has been done. In most places, people remain in the bush for weeks, without any assistance. Organizations in the country, including the United Nations, have not yet mobilized any emergency response capability."

Médecins Sans Frontières has been working in the CAR since 1996 and runs 7 regular projects in 5 of the 7 health districts through support to 7 hospitals and around 40 health centres. Three other projects were opened during 2013 to respond to emergencies, and Médecins Sans Frontières plans to further increase its intervention capability in the country. In 2012, a total of 600,000 consultations were provided and more than 260 000 cases of malaria were treated.