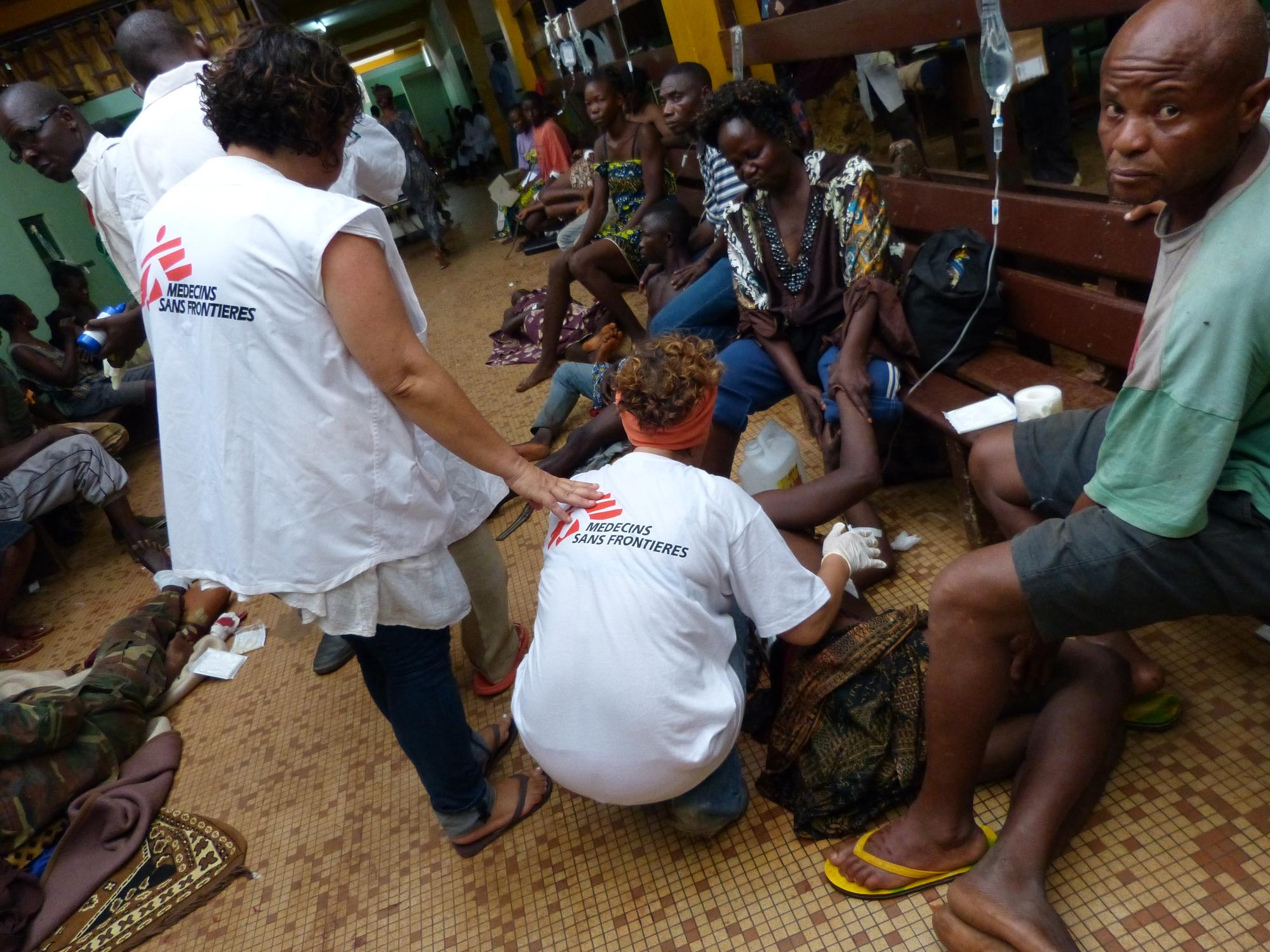 Since early this morning there have been violent clashes, shooting and explosions in a number of areas of Bangui, capital of the Central African Republic. Armed groups have launched an offensive on the city.

The ex-Seleka forces have retaliated. There are dead bodies in the streets, according to Thomas Curbillon, Médecins Sans Frontières head of mission in Bangui.

Jane-Ann McKenna on RTÉ Nine News with an update on the situation in CAR.

Médecins Sans Frontières staff have arrived at the city’s Hôpital Communautaire and the Hôpital de l’Amitié to reinforce the medical teams there and help them deal with an influx of wounded people.

A team of 16 Médecins Sans Frontières medical personnel is now working in the facility’s emergency rooms, operating theatre and wards. The teams here have treated 90 wounded people in the emergency room.

About 70 have serious injuries – seven have gone straight into the operating theatre, reports Curbillon. Most have wounds caused by gunshots, or weapons like machetes and knives. Fifty corpses were taken directly to the hospital morgue.

This morning, another Médecins Sans Frontières team of three was working at the Bangui’s Hôpital de l’Amitié, triaging the wounded and sending those with the most grave wounds to a Hôpital Communautaire.

"At mid-day, the fighting with heavy artillery seemed to have trailed off, but we are still hearing gunshots every so often. For the time being, the hospitals are operational and there is electricity and running water", says Curbillon. "But we’re watching how the situation develops and we’ll adapt our activities if necessary".

Médecins Sans Frontières is also prepared to donate surgical materials, medicines, fuel or water, if needed, to any other health centres and hospitals in the city.

Médecins Sans Frontières has been working in CAR since 1997, and now runs seven regular projects in Batangafo, Boguila, Carnot, Kabo, Ndéle, Paoua and Zémio and three emergency projects in Bossangoa, Bouca et Bria. A mobile emergency team provides care to Bouar, Mbaiki and Yaloké zones, and we plan to begin activities in Bangassou and Ouango.

In total, Médecins Sans Frontières is providing free medical care to about 400,000 people in CAR, and more than 100 international and 1,100 local staff work in seven hospitals, two health centres and 40 health posts across the country.