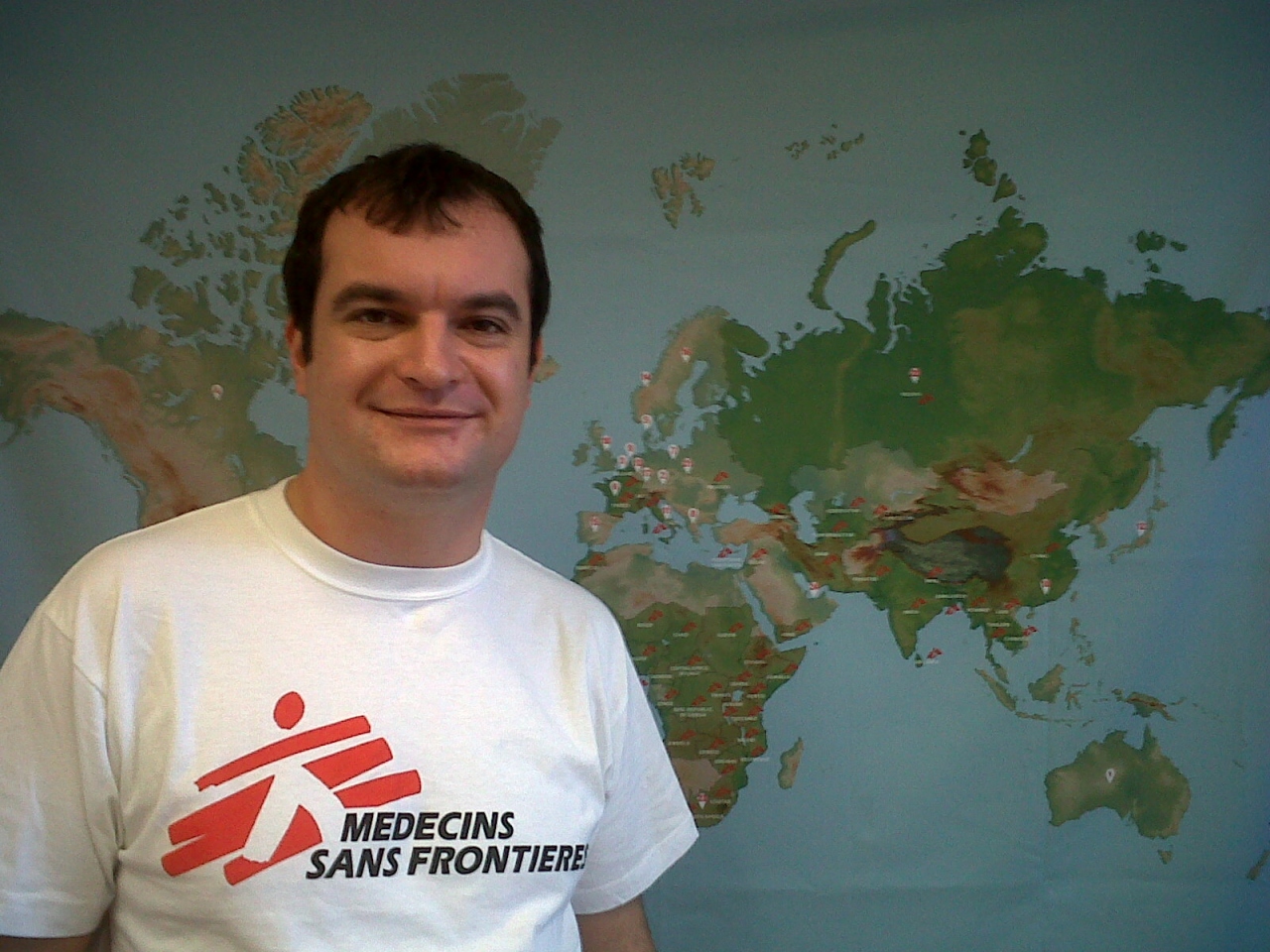 A doctor from Rahoon Road in the city is heading to Chad in central Africa to set up an HIV/Aids project.  This piece was published in the Galway Advertiser, on Thursday 3rd February, written by Mary O'Connor

Dr John Morris (32) will work with Nobel prize winning agency Médecins Sans Frontières/Doctors Without Borders (MSF) on the initiative, one of the organisation’s first such projects in the country.

He made history in 2009 by becoming the youngest ever president of the Irish Medical Organisation, a position he held until 2010.

“As a doctor, working overseas with MSF always appealed to me because it’s a dedicated medical aid agency,” says Dr Morris, a GP. “Now that I’m finally heading out with them it is a bit daunting. There is a huge array of health challenges in the south eastern region of Chad. The last rainy season brought floods which caused food shortages as crops were destroyed. The rains also brought cholera. So even though I’ll be mainly responsible for setting up the new HIV project I imagine I’ll be pitching in with a lot of jobs in the hospital.”

MSF has been working in Chad since the 1980s providing healthcare to people displaced by conflict and violence, and to refugees from neighbouring Sudan and the Central African Republic. In the town of Am Timan where the Galway city doctor will be based MSF is supporting the local Ministry of Health in running the district hospital, catering to a population of 190,000.

MSF is focusing on improving maternal and child health, running a nutrition programme, and providing outreach support to four health centres in the surrounding area.

Dr Morris says preventing mother-to-child transmission of HIV will be a major aspect of the new project he will initiate.

“This is great because if you do everything right you can ensure that the babies whose mothers have HIV can be born free of the virus. I’ll also be doing a lot of community and outreach work - explaining to the local community what HIV is and how it can be treated, and then making sure that the treatment is effective. In a place like Chad where everyone is scrambling for scarce resources I imagine there will be challenges. I think one of the reasons they put me forward for this job is because I have experience in negotiating from my time with the IMO which could come in useful.”

He recently worked as a GP in Turloughmore and spent a month volunteering in Haiti during the cholera epidemic there in October/November of last year. He also worked in the Philippines and Australia on short stints. However his assignment in Chad with MSF marks his first time working in a remote location where roads are mainly sand tracks and planes cannot land until goats are cleared off the runway.

“I’m very glad that I’ll be arriving in the cold season at least although in Am Timan that means the temperature is around 40 degrees during the day. Still I’ll have time to acclimatise before the real hot season kicks in,” he says.

“I don’t mind living in basic conditions and not having any mod cons. We’ll have a security curfew every night so I won’t be able to go jogging which might bother me a bit. But one of the things I’m most nervous about is having to work through French. My French is OK but I’m not fluent by any stretch so it’ll probably take me a few weeks to get to grips with all the medical terminology.”

He says some people think he is “nuts” to be doing this. “But my family is supportive. I think the thing I’ll miss most besides my family and friends is being beside the sea. I love the fresh sea air so I don’t like the idea of being landlocked for most of the nine months!”

Dr Morris is one of 50 Irish volunteers from a range of backgrounds - doctors, nurses, engineers, accountants, project managers, human resources specialists - who work with MSF across the globe. Barna nurse 27-year-old Aileen Ni Chaoilte has been working with the organisation in the Democratic Republic of Congo since last July. She is originally from Inis Mor on the Aran Islands and is a graduate of NUI Galway. She worked for three years at UHG before moving to London to gain further experience and undertake a diploma in tropical nursing, a requirement for nurses wishing to work with MSF.