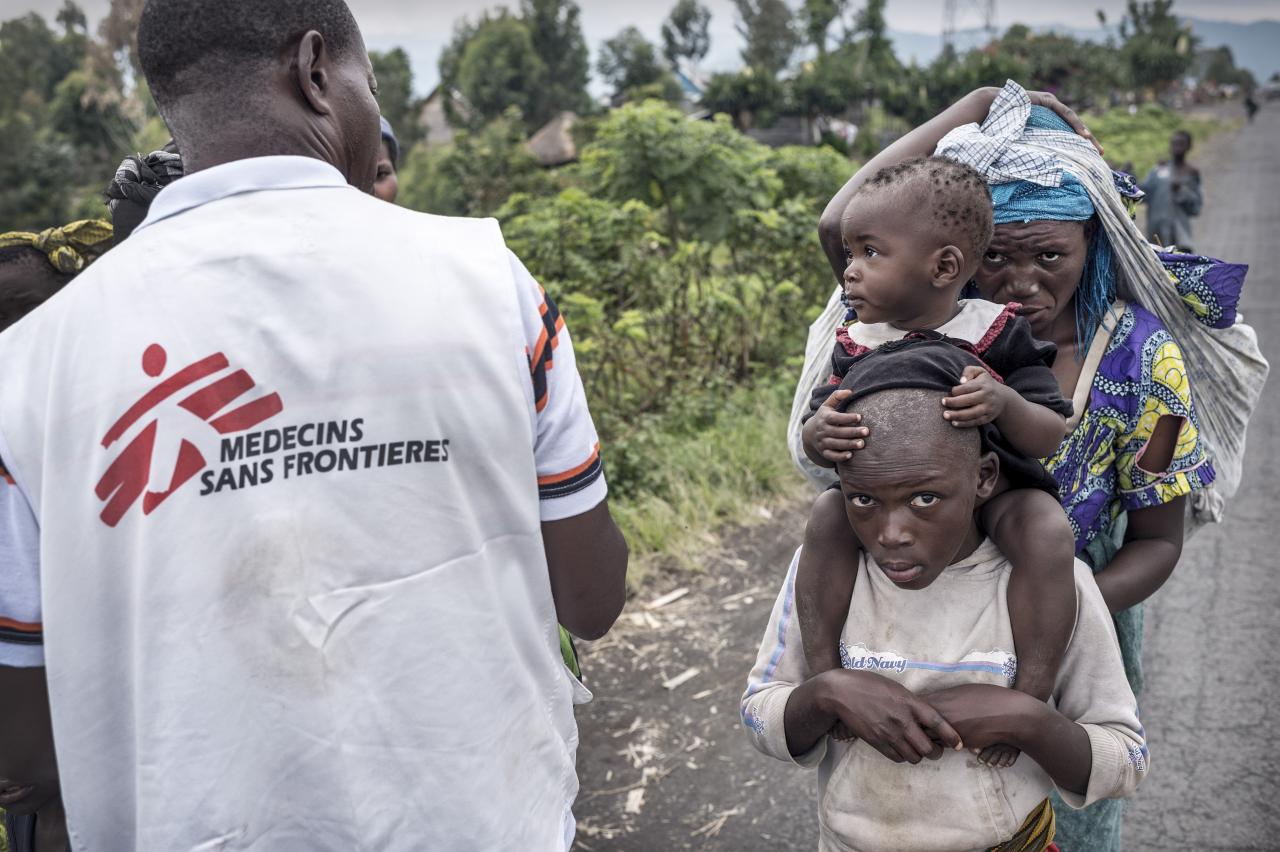 Médecins Sans Frontières/Doctors Without Borders (MSF) is treating survivors of an attack on Mpeti in the North Kivu province of the Democratic Republic of Congo (DRC). The village, which is home to around one thousand people, was attacked by men armed with bayonets, machetes and wooden clubs on Tuesday morning.

Among the wounded being treated at Mweso hospital some 40 km away are two young children, one of whom was orphaned in the attack. The mother and 18-month-old baby brother of the other child were also killed.

MSF supports a health centre in Mpeti that treats around 300 patients every week, mostly for diseases such as malaria. Since the beginning of the year, fighting and insecurity in the area has at times prevented the team from accessing patients in need.

Fighting between armed militias in control of different parts of the area had led to regular displacement of the population in previous months.  The village is fully deserted at the moment.

Survivors of the attack told MSF that the violence was directly aimed at civilians and that indiscriminate killing resulted in many deaths. Corpses were apparently thrown in the river.

“This was a deplorable and brutal attack in which young children were targeted and their parents killed,” said Hugues Robert, MSF’s Head of Mission in Goma. “MSF condemns in the strongest terms attacks of this kind against civilians.”

“I suspect that many more died in Mpeti during this attack, either directly from their injuries or because they were unable to get immediate medical attention in the hours that followed. I fear that the patients we have been able to treat are just the tip of the iceberg.”