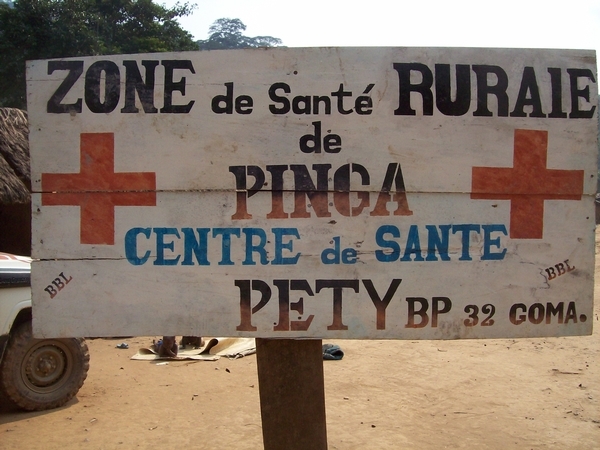 Médecins Sans Frontières/Doctors Without Borders (MSF) has been forced to suspend medical activities in the town of Pinga and its immediate surroundings in the east of the Democratic Republic of Congo, after a targeted threat to the safety of its humanitarian staff.

Image Caption
In the area around Pinga town, ethnic tension and active fighting between armed militias had led to the regular displacement of tens of thousands of people. Democratic Republic of Congo 2013 © MSF

“We strongly condemn the intimidation of humanitarian workers and cannot accept threats directed at our staff,” said Colette Gadenne, Médecins Sans Frontières Head of Mission in Goma, the capital of North Kivu province.

The suspension will worsen an already dire health and humanitarian situation in the Pinga area.

Ethnic tension and active fighting between armed militias in the area had led to the regular displacement of tens of thousands of people into the surrounding forests where no medical care is available, and deaths go unreported.

In Pinga, Médecins Sans Frontières has been providing medical care to people affected by conflict since before 2010. Control of the town has frequently changed between different armed groups. Each time, Médecins Sans Frontières has negotiated access with all parties to the conflict in order to reach the vulnerable and displaced from all communities.

During 2012 and the first half of 2013, our medical staff assisted 1,790 deliveries, treated 1290 children for malnutrition and provided over 100,000 outpatient consultations.
Activities have continued despite the precarious security situation in the area, not only in Pinga town but also in some villages across the front line such as Malemo.

Despite our best efforts, there are limits to the humanitarian assistance we are able to provide. Violence and insecurity has at times prevented Médecins Sans Frontières from accessing all communities equally.

“Civilians from all communities are exposed to shocking levels of violence and ongoing displacement and many are cut off from medical assistance, food, water and shelter.

"We know that for every child we have been able to treat for severe malaria, every woman with a complicated delivery, every person we treat for trauma wounds, there are many more suffering just out of reach.”  Colette Gadenne, Médecins Sans Frontières Head of Mission

Médecins Sans Frontières is continuing its medical activities elsewhere in North Kivu province and the rest of the Democratic Republic of Congo.

Médecins Sans Frontières is a neutral, independent and impartial organisation that is firmly guided by medical ethics. We provide free quality medical care to all communities throughout the Democratic Republic of Congo without prejudice or distinction regarding race, ethnicity, religion of political affiliation, and have done so since 1981. Last year, Médecins Sans Frontières carried out more outpatient consultations in Congo than in any other country in the world (over 1.6 million in 2012).