Victoria works in San Salvador. Between 2015 and 2018, El Salvador was ranked as the most violent nation of the so-called Northern Triangle of Central America, a subregion with the highest homicide rate worldwide. Here, conflict between gangs, or maras, and state security forces is the main cause of violence. The Médecins Sans Frontières/Doctors Without Borders (MSF) teams are able to enter different neighbourhoods thanks to the relationship of trust established with the community. They offer basic medical services and mental health care and also provide ambulances for hospital referrals.

In the communities where MSF offers assistance (both in San Salvador and in Soyapango), the teams also encounter many cases of domestic violence and sexual violence. The social work carried out aims to improve citizens’ access to healthcare. For Victoria, the lack of clear state guidelines regarding matters such as mental health and forced displacement due to violence is one of the challenges that she faces. For example, in cases of sexual violence, the state prioritises the filing of a police report over medical care for the person who has been attacked.

The social worker believes that internal forced displacement is one of the most complex problems to work on, “given that we are often talking about entire communities and families, not a single individual”. Since she started working for MSF, which reopened its doors in El Salvador a little over a year ago, Victoria recalls one young man who had been forbidden to leave his neighbourhood. “The reality in these communities is that a street or a block divides the territories of the gangs and the population must adapt to this. In this case, the situation led the young man to consider getting involved in gang groups to have protection,” she says. “These are boys, aged no older than 18. Their life is practically ruined,” she points out.

Gradually, the medical role of a neutral, independent and impartial organisation like MSF is becoming more understood. “Some people thought that when they approached MSF, a police or legal report would be filed. But we explain that we don’t do that.” Victoria is referring especially to pregnant minors and teenagers, in some cases, partners of gang members, or cases of sexual violence. In El Salvador rapes must be reported to the police. But in many cases, women don’t want to report and therefore they avoid going to health centres. So they don’t get any treatment.

MSF considers sexual assault a medical emergency, with the priority being that the survivor is treated for her wounds and protected against sexually transmitted diseases or unwanted pregnancy. “It is a matter of continuing to overcome the barriers, little by little; to clarify that the interest of health staff is not to investigate or file a report, but to provide care,” adds the social worker.

Cases of sexual violence against children have also troubled Victoria, who says, “It is very difficult to learn about such cases of violence. Especially when the person is now an adult, but the abuse occurred in his or her childhood, when he or she was completely helpless.”

One of these cases recently emerged during one of the medical team’s visits to Montserrat, one of the neighbourhood where she works.

Magdalena's history of abuse began during her childhood, but nobody took any notice. When she was four years old, the aunt looking after her left her alone to go out to parties. This was when her mother’s young cousin took the opportunity to touch her. “I never told my mum. Only one time, I remember that my private parts hurt a lot. I told my mum that I couldn’t stand it, that they hurt. My mum checked me and she just told me I looked pink. I don’t remember anything else,” she recalls. 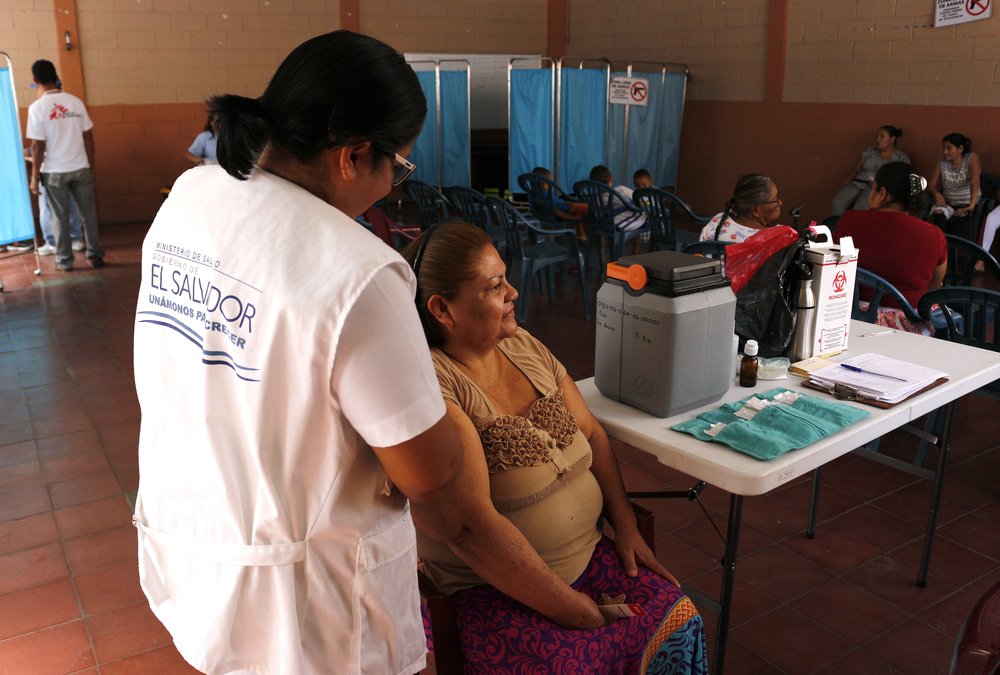 Years later, she and her family moved to another aunt’s house. The aunt mistreated her and made her believe she was useless, good for nothing. She grew up with those ideas. “Sometimes I felt I was worthless. I felt inferior to other people and, from the abuse that I suffered when I was younger, I was very afraid of men,” she says.

She left home when she was young, but the abuse stayed with her. “When I went to live with my boyfriend, I suffered the same violence. He hit me, gave me the belt, left marks on my legs... There was psychological and physical violence. Psychologically, he told me that I was useless, that I didn’t do things right. He also wanted to have sex without my consent. That’s why I left,” explains Magdalena, who is devastated when she learns about repeated stories of assaults on minors, and new cycles of violence that are being created as a result.

“When I hear girls crying, I feel really helpless and I’d like to try to help them, but I can’t.” She talks of a recent incident, when she and a neighbour discovered the abuse a girl was suffering at the hands of her stepfather. When the neighbour tried to do something for the girl, she was threatened and had to flee from the community. “You feel helpless about things that are happening and believe that nothing can be done...”