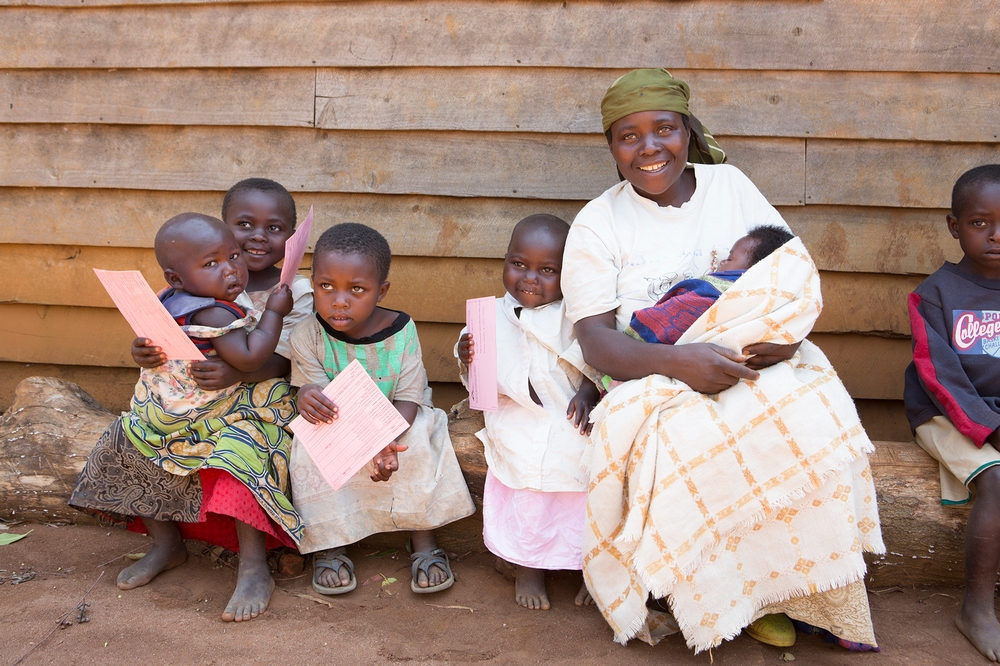 DRC: “Fighting this epidemic is like trying to put out a forest fire blindfolded”

For the past two months, Médecins Sans Frontières' (MSF) Dr Marion Osterberger has been working  in Ankoro hospital, where up to five children have been sharing each bed.

“I left the resuscitation room in tears – in front of patients, mothers and my colleagues. Sitting on the steps of the old colonial building, I just broke down.

As a doctor, it's hard to explain why certain patients affect you so much. Little Annie had just died in my arms, despite all of our efforts to save her.

Annie was four years old and, when she was admitted to hospital, I was immediately struck by her bad mood and the constant pout on her face.

Annie had developed almost all of the possible complications of measles – including malaria and malnutrition – and nothing we did brought her fever down.

Nothing could save her, despite all the care we gave her and despite the watchful presence of her father, day and night, at her bedside.

At that time, the hospital was full to bursting. With 198 patients but only 80 beds, all of the departments were completely overwhelmed.

The specialist measles intensive care unit was the worst, with up to five children in each bed. The teams there work relentlessly, in suffocating heat and at a frantic pace, day and night, seven days a week.

In Europe, measles is considered a minor illness, but people forget that it's still one of the main causes of child deaths worldwide.

It's a highly contagious infection, and its effects can be very serious, especially in children who are already weakened by other diseases, such as malaria or malnutrition.

false
MSF
Measles is almost endemic in Katanga. A significant increase in the number of cases was recorded in early March 2015, mainly in the Malemba Nkulu health zone.

Here in DRC, it's quite common for children under five – which includes almost all of our patients at the moment – to develop complications such as severe diarrhoea, ear infections, pneumonia, eye infections or even encephalitis, which can be fatal.

There is no treatment for measles as such, but the effects of the symptoms can be reduced, and the complications and their irreversible consequences can be prevented.

This can be done by avoiding dehydration, fighting malnutrition, providing vitamin A to prevent eye damage, or administering antibiotics to prevent bacterial infections such as pneumonia.

Sometimes I feel sad, angry – outraged even – that so many children arrive here in such a serious condition.

false
MSF
Measles is almost endemic in Katanga. A significant increase in the number of cases was recorded in early March 2015, mainly in the Malemba Nkulu health zone.

Katanga province, where we're working, is the size of Spain. The huge distances and the bad roads, which are completely flooded in the rainy season, make it difficult for those in need to access healthcare.

Some of our patients come from the town of Ankoro, but most are transferred from rural healthcare centres.

MSF has trained head nurses in around 20 surrounding healthcare facilities on the criteria for referring patients to hospital, and pays for their transport to Ankoro.

Most often children arrive with their mothers on the back of a mototaxi. It’s not uncommon for their journey to last five or six hours, bumping along through the bush on terrible roads.

I'm often surprised at the strength of these children, who are suffering from multiple complications when they arrive.

Sometimes I leave the hospital with a heavy heart, half-expecting the duty radio to crackle into life during the night to ask me to supervise the intensive care of one of the children.

But that night passes, and then the next, and, little by little, the patient starts to show signs of recovery and a few days later is out of danger.

It’s a very emotional moment when we send a patient home. The Congolese mothers sing and dance, hug us and thank us.

So many battles have been fought and won. We see daily struggles against a virus that is preventable, in a region where children are supposed to have been recently vaccinated.

How many children have died of measles this year in the villages, healthcare centres or on the way to hospital? It's hard to say.

In Ankoro, the situation in the hospital seems to be stabilising. But the disease is spreading like a powder trail across the country. MSF teams are racing against time to fight this epidemic.

It's like trying to put out a forest fire blindfolded.”