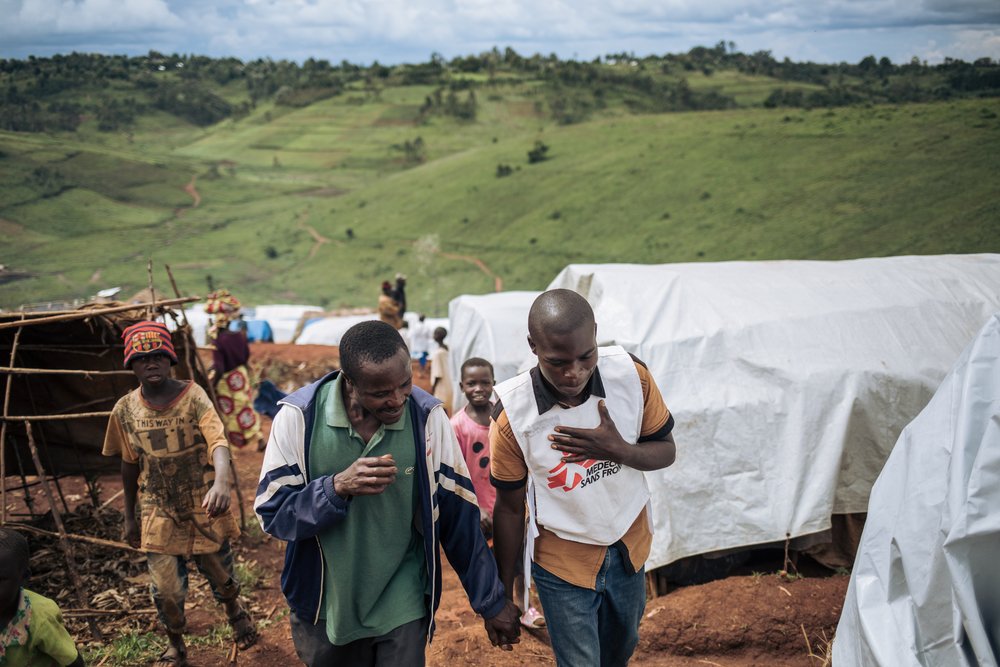 DRC: "Helping my community at all costs"

What happens when violence breaks out between communities? "Djapan" is 30 years old and works as a community health educator for MSF in the Democratic Republic of the Congo. He shares his experiences…

I was a primary school teacher when the conflict forced me to flee from Tché, my home village.

It was in 2018, five o’clock in the morning. Suddenly we had to pack up and leave.

Well… we didn’t really pack because there was no time. We had to get out fast, so we left without being able to take even a change of clothes or some food.

My family and I walked through the bush for hours and eventually arrived at Drodo Parish, about 12 kilometres away, where there’s a site for internally displaced people. That was the first time.

The living conditions were bad: there was no food, no access to healthcare, few or no washing facilities or sanitation. I only had one shirt and one pair of trousers. We were living in constant uncertainty.

Because displaced people leave their livelihoods behind, they rely on daily work in the fields to support themselves. But some days there is no work. 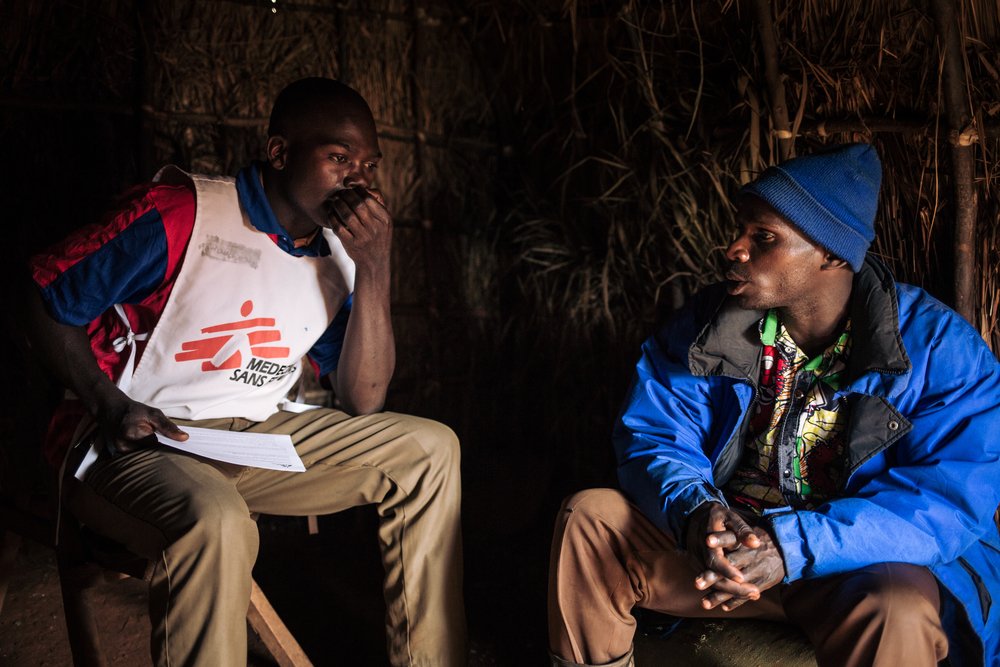 At the time, Doctors without Borders / Médecins Sans Frontières (MSF) was the first organisation to come to the parish.

I had been appointed chief of the block of the church building I was living in when MSF first arrived. That's not a paid role, but I want to work for my community, to try and change things, even if it doesn’t allow me to support myself.

But when MSF arrived, I started working for them, and between April and June 2018 worked as a community health educator in Drodo… for the first time.

In June 2018, an MSF project started in Tché, my home village, because people are starting to go back. My work didn’t change, only the location: I was home! 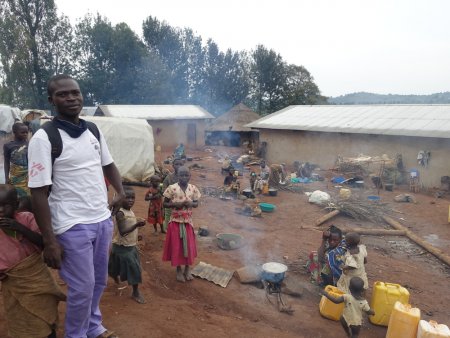 At first, I went back-and-forth from Drodo, and then decided to move back to Tché to be closer to the community.

When the MSF project in Tché closed in February 2019, I decided to stay. Well, I thought I was staying. To provide for my family, I opened a small shop and sold fish and phone credit refills.

In June 2019, we heard of further violence happening in the region. When we first heard about it, the fighting was going on in quite a far-off district, so we don’t pay much attention. But the attackers were slowly but surely getting closer.

On Wednesday 12 June, we learned that our village would be attacked the next day. I was living with my parents, my wife and my children, but we only had one motorbike. How could I get them to safety?

Those who chose to flee by road were being slaughtered. I stayed hidden for seven hours, waiting for the attackers to leave.

I finally managed to transport them in two round trips to the parish camp, still in Drodro. It was 5pm when I came back to Tché to prepare some belongings. This time, leaving empty-handed was not an option.

But the attackers were already in the vicinity and they were blocking the road. I had no choice but to stay the night.

Unfortunately, the information from the day before turned out to be true. It was 4am on Thursday 13 June when the assailants attacked my village and everyone who was still there.

We were hiding as best we could. Those who chose to flee by road were being slaughtered. I stayed hidden for seven hours, waiting for the attackers to leave.

Four hours by motorbike later, and after making a few detours to avoid the militia, I arrived

Some people stayed in the bush for days, without eating or drinking.

Escaping had to be done at night, on foot. People were completely exhausted. Finally, I arrived at the site for internally displaced persons of the Drodro parish… for the second time.

One day, I was at the camp when I received a phone call from MSF’s health promotion manager in Ituri. They were urgently looking for staff and he had kept my contact information: “Djapan, can you come to Bunia so we can talk about work opportunities?” 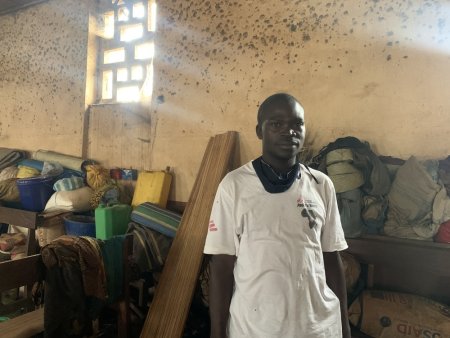 MSF/Djann Jutzeler
Main building of the Paroisse camp for IDPs, where "Djapan" used to live during his first stay in Paroisse.

Four hours by motorbike later, and after making a few detours to avoid the militia, I arrived in Bunia.

And in July 2019, I became a community health educator in Drodo parish… for the second time.

I have been working for MSF since then. We support the community of displaced people who live in the parish.

That means spreading the word about where people can access healthcare, plus key messages about hygiene (latrine use, hand washing, personal hygiene) and sexual violence.

I also monitor for diseases like yellow fever, measles, cholera and COVID-19, so we can spot outbreaks and be ready to respond. It's difficult to try and estimate the number of people who are in the camp, but we are many, too many.

The living conditions haven’t improved. It affects my work: for example, I cannot keep the documents I use to raise awareness of health issues in the community.

With my wife and five children, we’ve decided to leave the camp and move to Dhessa, where we now live. I just hope my children will be able to grow up and thrive in more decent conditions…