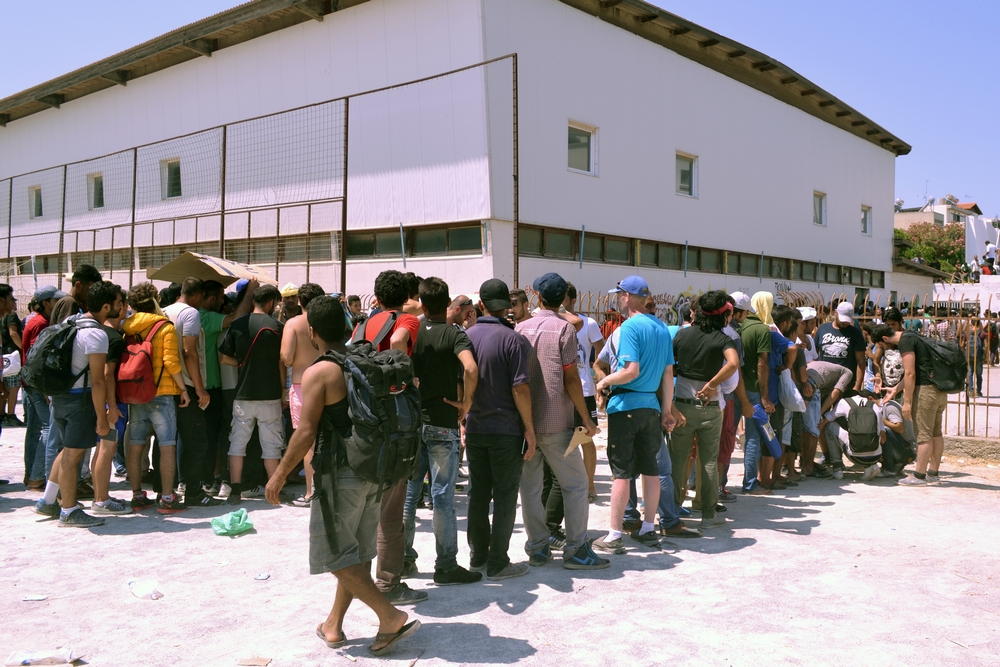 Greece: Authorities’ inaction equal to abuse of refugees in Kos

More than 7,000 refugees, asylum seekers and migrants arrived on Kos over the month of July - a two-fold increase compared to June - turning a dire situation from bad to worse.

In the absence of proper reception facilities, most have taken to put up tents in public parks and squares in Kos town, or sleep outside, around the police station, without any access to latrines and showers.

“We are very worried about how the situation is evolving in Kos,” says Brice de le Vingne, Médecins Sans Frontières/Doctors Without Borders (MSF) Director of Operations.

“What was previously a situation of state inaction is now one of state abuse, with police using increasing heavy handed force against these vulnerable people. The great majority of people arriving here are refugees fleeing war in Syria and Afghanistan. 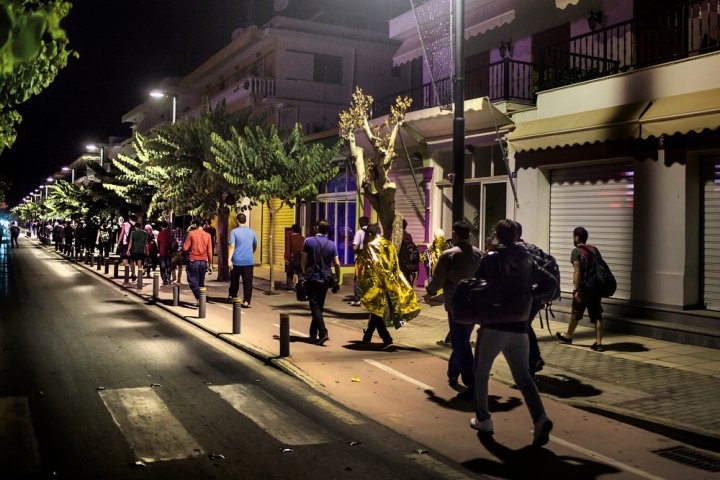 Alessandro Penso
A group of Syrians who had landed on the Greek island of Kos only a few hours earlier, walk through the streets of the island to reach the Hotel Captain Elias.

No food, water or shelter

Food has not been provided to migrants and refugees since April, no place has been opened and organised to welcome them despite plenty of land being available and the only solution that has been found until now is to just push people around from one place to the other.

Over the course of the past two days, the police have been conducting operations to evict people from the public areas, directing them to go and stay in a gravel stadium on the edge of town, that offers no hygiene facilities, no shade and no shelter.

This initiative by local authorities was conducted without any attempt to install a reception infrastructure there. In parallel, MSF teams have witnessed harassment of migrants and refugees in the public spaces, including private security men forbidding them from sitting on park benches in the city centre.

Alessandro Penso
Newly arrived refugees look for a place to stay inside the Hotel Capitan Elias.

“The Kos authorities have clearly stated that they have no intention of improving the situation for these people as they believe that this would constitute a ‘pull factor’," added Brice.

“But the truth is that people fleeing war will keep on coming whether or not the authorities are trying to stop them from doing so.”

This morning around 2,000 people were at the stadium, among them many families with babies and small children, queuing under the blaring sun, in 32 degrees, waiting for an opportunity to give their name to the police in the hope of being registered.

The situation quickly got out of hand, with the police unable to ensure a proper crowd management and dispersing the people by spraying them with fire extinguishers.

MSF
Migrants queue outside the the Municipal Stadium. Waiting to be registered by the Greek police.

MSF is currently providing medical assistance at the Captain Elias hotel, a disused, dilapidated building without electricity, where hundreds of refugees are seeking shelter, for on average 10 to 15 days before being registered by the Greek police and receiving the paper authorising them to move on from the island - most without being properly informed on the process itself.

We have also been providing mobile medical consultations and distributing non-food items to refugees staying out in the parks and public places.

“Eight months after MSF’s first call for the Greek authorities to organise decent and humane reception in the islands of the Dodecanese, specifically on the island of Kos, we are appalled to see that the Greek state has failed to do so,” says Brice de le Vingne.

“A site big-enough to welcome all with minimum standards has yet to be designated. One is left to wonder what more the Greek authorities need to rise up to the occasion, take their responsibilities and receive these people humanely and with dignity.”

Find out more about our work with migrants and refugees