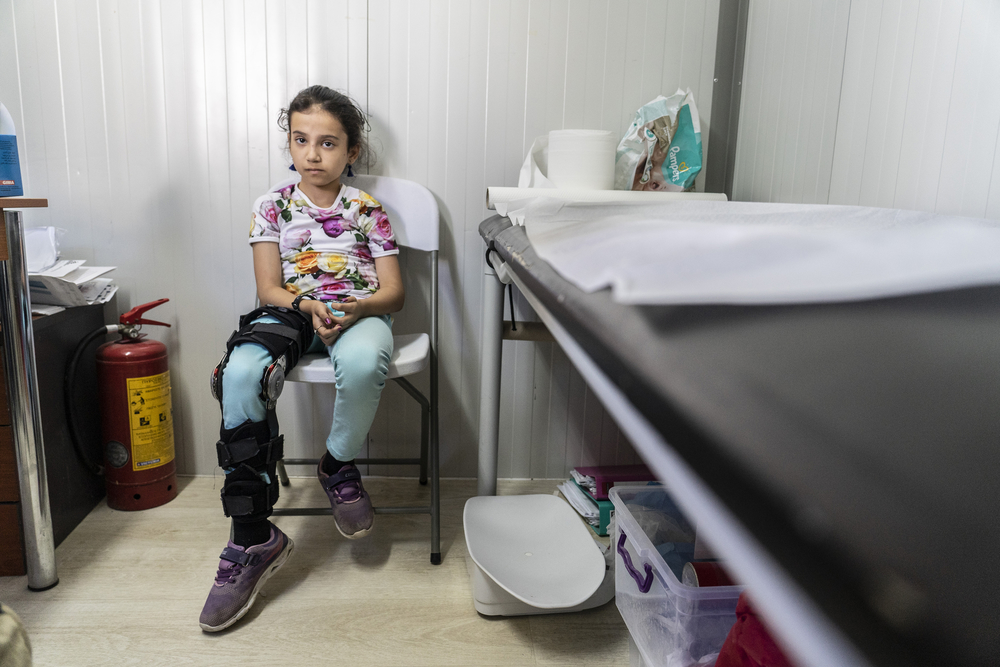 Every morning in the waiting area of the Médecins Sans Frontières/Doctors Without Borders (MSF) paediatric clinic, outside the Moria reception centre on the island of Lesbos, dozens of families wait patiently for their children to be seen by a member of the team. 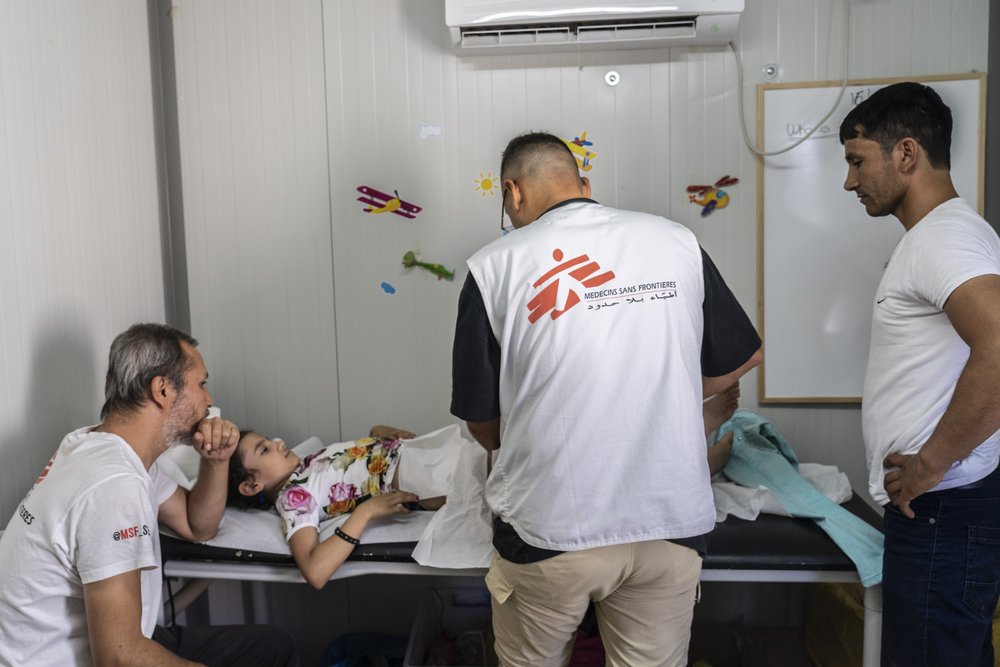 Anna Pantelia/MSF
Fatima, a 9 year old Afghan girl, is seen by an MSF doctor in the paediatric clinic outside Moria camp in Lesbos.

In their own words

Fatima, a nine-year-old girl, and her father are among them. When their turn comes, her father carries Fatima into the consultation room. She cannot walk as her leg was seriously wounded in a bomb explosion in their native Afghanistan. Fatima is one of the 52 complex and chronic cases that doctors in Moria paediatric clinic have referred to the local hospital for further examination and treatment since the beginning of July. According to official figures, almost 40 percent of asylum seekers living on Lesbos are officially recognised as ‘vulnerable’ and are therefore allowed to move to mainland Greece to receive specialised care. 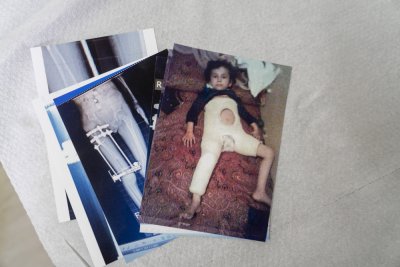 “In 2015, a bomb exploded in the street where our house was. My four-year-old son died and Fatima – who was outside at the time of the explosion – was thrown to the other side of the road by the blast. Since then she has had surgery three times in Afghanistan, but we decided to leave the country to look for better treatment for her,” says Fatima’s father.

A month after the explosion the family managed to enter Turkey, where they stayed for another three years before deciding to begin the dangerous journey to Greece. “In Turkey my daughter was operated on again, but Turkish doctors told us that there was a problem with her spinal cord and there was nothing else they could do. We had no option but to come here,” he continues.

Now, in Moria camp, Fatima’s family of six is forced to live in a shipping container that they share with 11 other people. The space where the family lives is just 4m2; the only thing separating their space from four other families are some blankets. As Fatima cannot walk, her father has to carry her around whenever she needs to move. Her father also told the MSF doctor that she often cries at night and has become very isolated from their other children.

Twelve-year-old Zeynab, another young girl from Afghanistan, lives in a tent a few metres from Fatima. 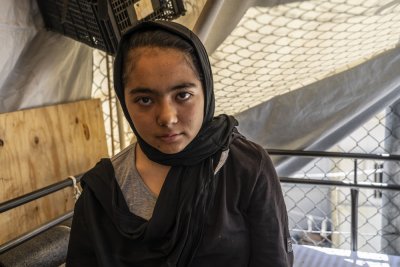 Anna Pantelia/MSF
Zeynab, 12 years old, was referred by an MSF doctor to a hospital for examinations as she has a brain tumour.

Zeynab was referred by an MSF doctor to the local hospital for examination as she was diagnosed with a brain tumour six months ago in Turkey. She and six family members, including her 97-year-old grandfather have to share a tent with four other families.

The tent is divided into four parts of 4-5m2 each. “When we try to sleep, we don’t even have space to stretch our legs. Zeynab often has epileptic crises. A few days ago she had an episode in the middle of the night, but no doctor or medical person was here to help us,” says her brother, clearly frustrated.

George,* a young man from West Africa, has been seeing an MSF psychologist and psychiatrist since April. His whole family was brutally killed in a terrorist attack in 2015 and he was captured and tortured until he managed to escape. “When he first came to our clinic, George had thoughts of suicide, he had hallucinations and he would often become disassociated from reality. We have a high volume of patients with psychotic symptoms like George’s, but the treatment we provide often is wasted. After we stabilise a patient, they have to go back to Moria, where they face a lot of triggers which bring back memories of their horrific past experiences. For someone who has experienced torture, even the sight of barbed wire or soldiers can induce paranoia,” explains MSF psychologist Greg Kavarnos.

*Name has been changed to protect the patient’s identity