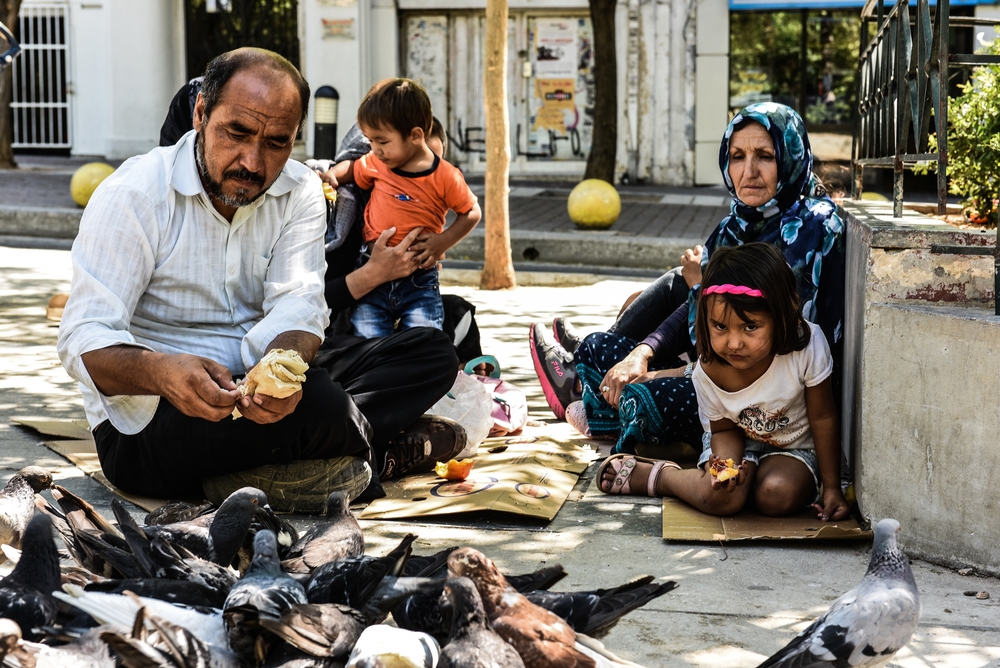 Seven months after the signing of the EU-Turkey deal, and despite the huge amount of funds pledged by the EU, more than 50,000 migrants and refugees still live in substandard conditions in Greece and lack proper access to healthcare.

Médecins Sans Frontières (MSF) is especially concerned for the most vulnerable, including victims of violence, those with chronic diseases and psychiatric disorders, people with mobility limitations, (unaccompanied) minors, pregnant women and newborn babies, whose specific needs are not cared for and whose health is particularly at risk.

MSF urges the Greek authorities to live up to their responsibilities in terms of assistance to a population in danger in its own territory and provide , with the support of EU member states, adequate response based on individual needs and not just the nationalities of the people.

In the report “Greece in 2016: Vulnerable People Left Behind”, MSF highlights the gaps within the current system that mean vulnerable people are firstly not properly identified and secondly do not receive appropriate protection and care.

“It is appalling that seven months after the EU/Turkey deal vulnerable people are still not properly cared for in Greece," says Loic Jaeger, MSF’s Head of Mission in Greece. "The hotspots on the islands are at 200 percent capacity and the services in the mainland camps are sub-standard”

“The EU funded response is too slow and the public health system in Greece is overwhelmed.

"As a result, the most vulnerable people are left without the care they desperately need”.

In addition, the report illustrates how the psychological well-being of the men, women and children is affected by their precarious situation and uncertain future.

“The people we work with have been through unimaginable trauma in their home countries and on the journey to Greece. For them, being blocked in Greece is like being in an open air prison”, says Christina Sideri, MSF psychologist. “Moreover, the asylum process is so slow that many will have their first asylum appointment in April, May next year.

"This delay and the uncertainty this means for their future is devastating.”

MSF teams, who witnessed people suffer in tents last winter, are also very worried about the lack of planning for this year’s cold season. “We’ve heard about a national plan for months now”, says Jaeger. “But people still live in tents in Northern Greece where the temperature has already dropped to 5 ° C. How can Europe leave these people in the cold for yet another winter?”.

The unwillingness or the inability of the Greek government to take the lead and to ensure proper cooperation with the other actors is having a serious impact on the quality and speed of the response.

Likewise, the deliberate negligence of the EU and its member states in providing an efficient relocation system for those seeking safety and protection is prolonging and intensifying the suffering.

MSF urges the EU and the Greek authorities to immediately address the needs of the most vulnerable and to facilitate legal and safe ways for those who are entitled to enter in the relocation scheme to be quickly welcomed elsewhere in Europe.

MSF, which has been providing care to asylum seekers and migrants in Greece since 1996, has expanded its activities in 2015, when more than a million people entered the country in their attempt to reach Northern Europe.

Currently, MSF is active in more than 20 different locations across the country (in Attica region, Central Greece, Epirus region, Thessaloniki and the Aegean islands of Lesvos and Samos) providing mental health care, sexual and reproductive health care and care to patients suffering from chronic diseases.

In the first half of 2016, the organisation provided more than 25,000 medical consultations in Greece.

Find out more about our work in Greece