Humanitarian needs persist on the border between Colombia and Venezuela

03 December, 2021- In the Colombian region of Catatumbo, where Médecins Sans Frontiéres (MSF) has been working since November 2018, there is a continuing crisis caused by armed conflict, precarious conditions in temporary settlements, and violence against women, boys, girls and adolescents. After three years providing aid in the districts of Tibú, Puerto Santander and the village of La Gabarra, MSF is handing over its projects to Premiére Urgence Internationale (PUI) and is calling on the institutions to look after the needs of the Venezuelan and Colombian migrant population, who still do not have basic living conditions. 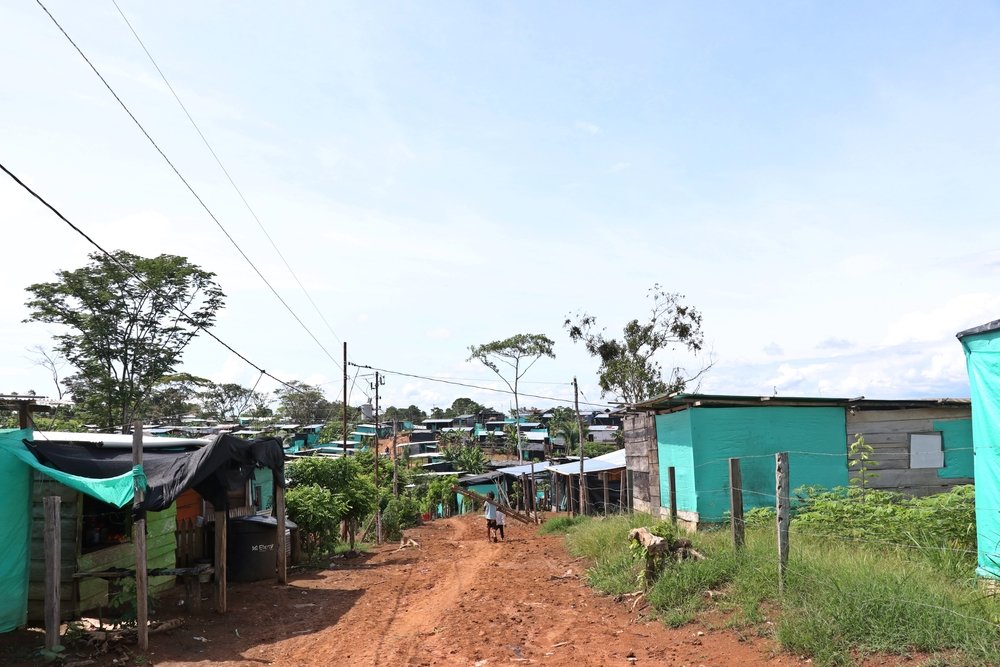 In the Divino Niño, Tres Montañas and 12 de Septiembre districts and in the Yukpa community, MSF found that at least 10,000 families live in disgraceful sanitary conditions. 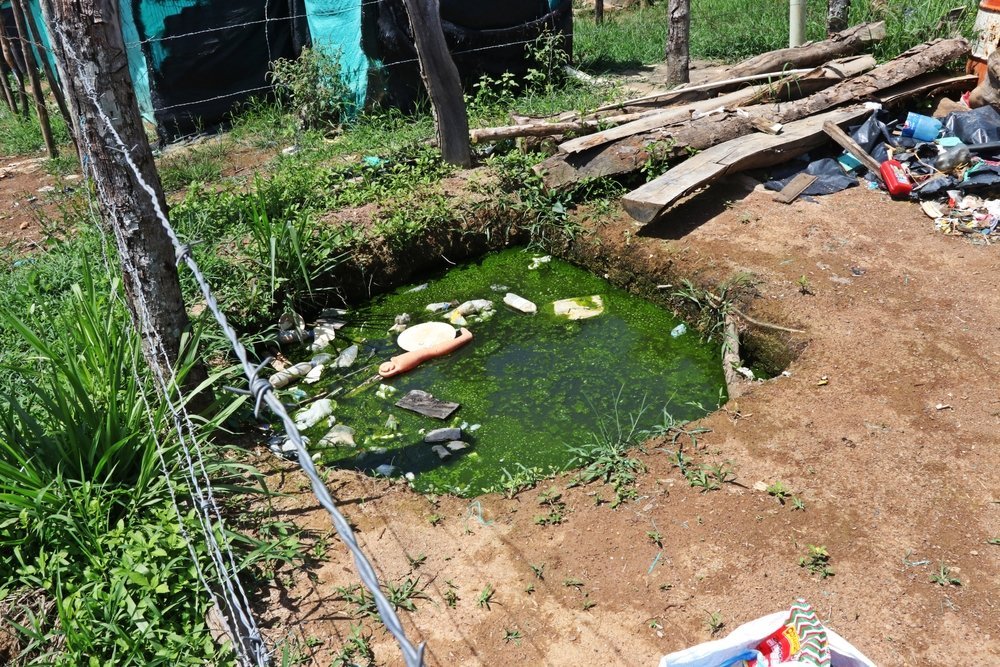 "In these settlements, and in four others in La Gabarra where we've been working, we have found serious problems with drinking water, hygiene and lack of medical care for vulnerable Venezuelan and Colombian people." 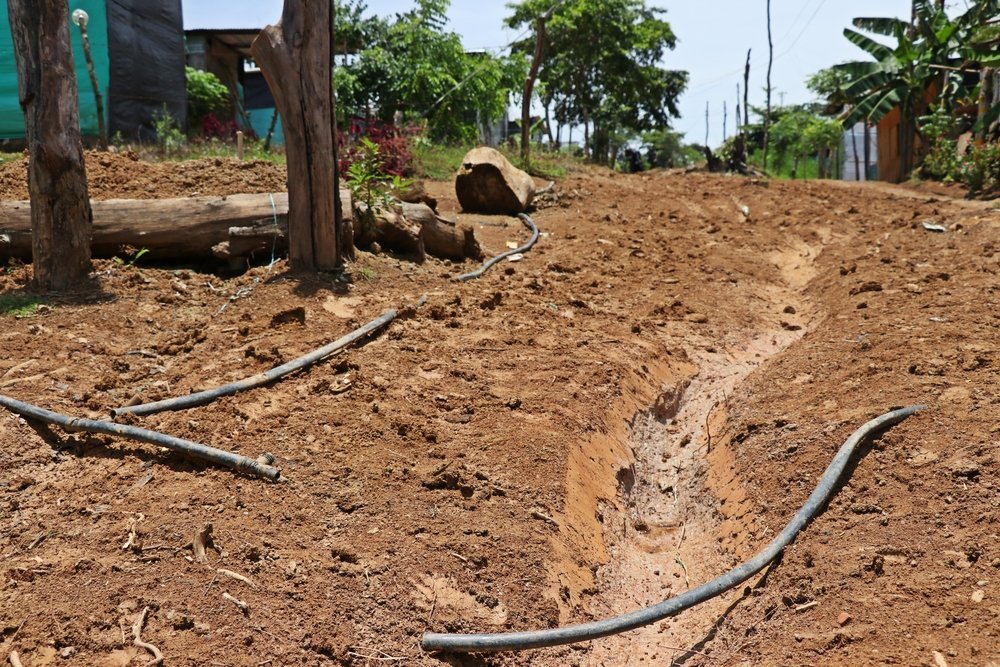 Santiago Valenzuela/MSF
Irregular neighborhood at Tibú, where is lack of water.

"At our clinics, we continue to see people with respiratory diseases, children with gastrointestinal diseases, skin problems, malaria and even COVID-19," says Sulaith Auzaque, MSF coordinator in Catatumbo. 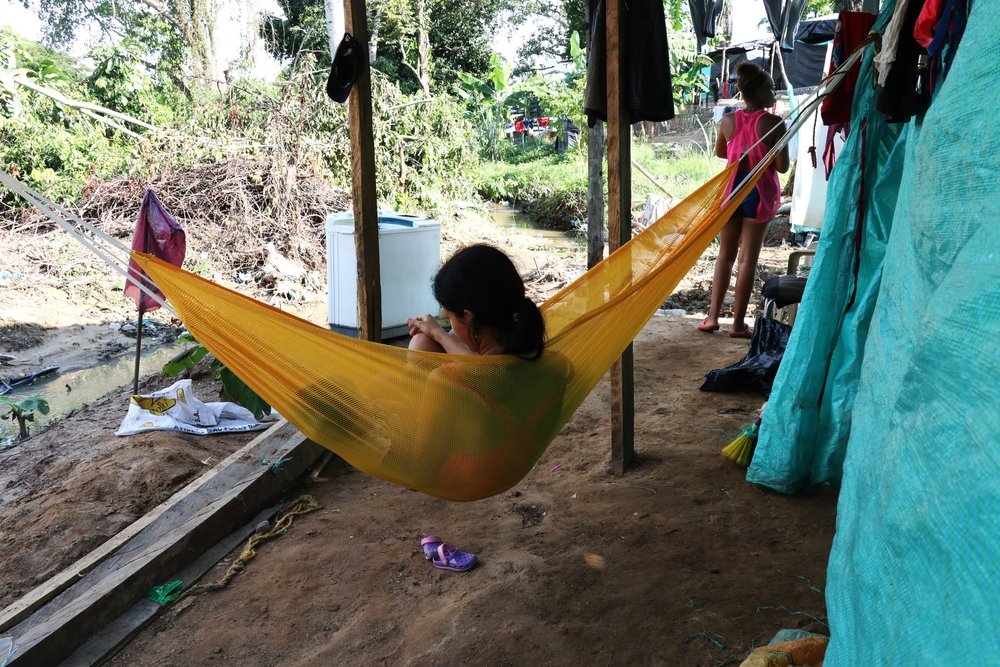 During this time, there was a series of 11 femicides reported. According to Auzaque, "there is considerable under-reporting of violence against women, largely due to different barriers, including the fear of reporting it."

Under-reporting of violence against women

During this period MSF carried out 13,610 family planning consultations, reaching a total of 8,789 people. Both in La Gabarra and Puerto Santander and Tibú, 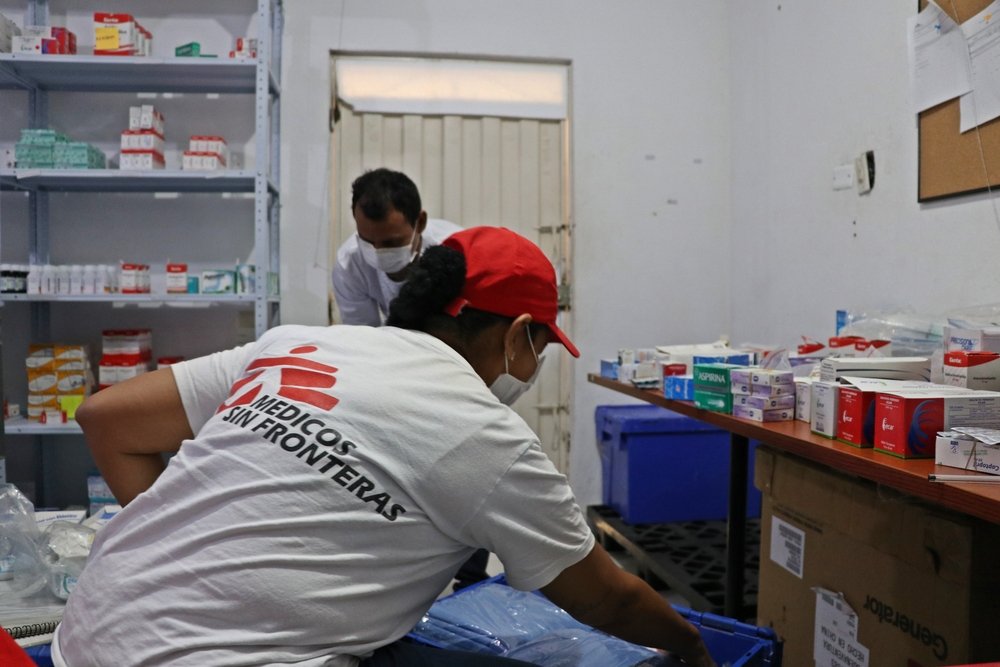 MSF provided mental healthcare for the Venezuelan and Colombian migrant population, reaching a total of 3,527 consultations.

The precarious conditions under which thousands of families have arrived in Colombia have exacerbated feelings of sadness, uncertainty and anxiety in many cases. 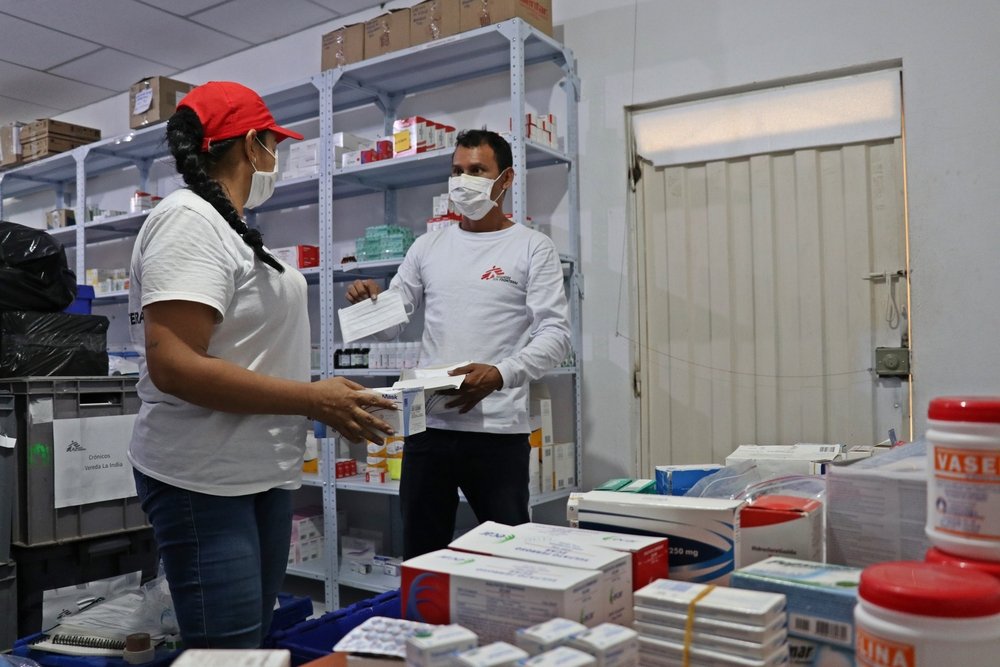 Over the course of the project, the mental health team worked using an individual and psychosocial approach, taking into account difficulties resulting from armed conflict and xenophobia.

Most of the children crossing the border by irregular routes arrive with some type of medical condition, be it skin, gastrointestinal or respiratory. 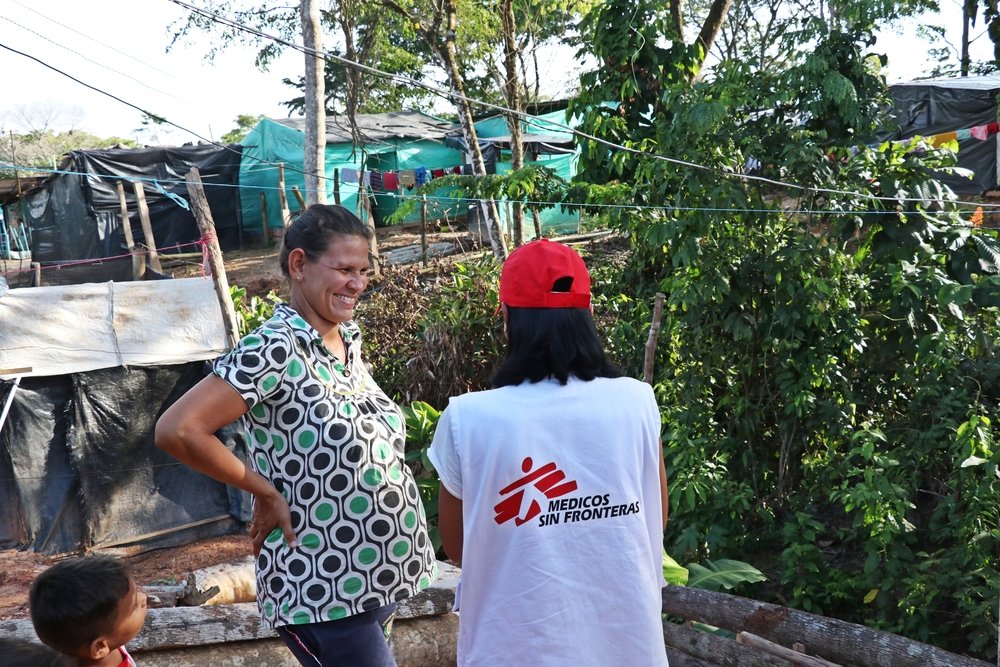 MSF staff have also treated pregnant women with no prenatal screening, chronic patients with diabetes, or cancer patients who have had no access to drugs or periodic monitoring.

Add to that, families are living in overcrowded conditions, often exposed to sources of contaminated water, which can lead to disease outbreak.

For patients who need hospital care – granted they have health insurance – need to travel to Cúcuta, which can take up to seven hours, and then a three month wait to get an appointment with a specialist. 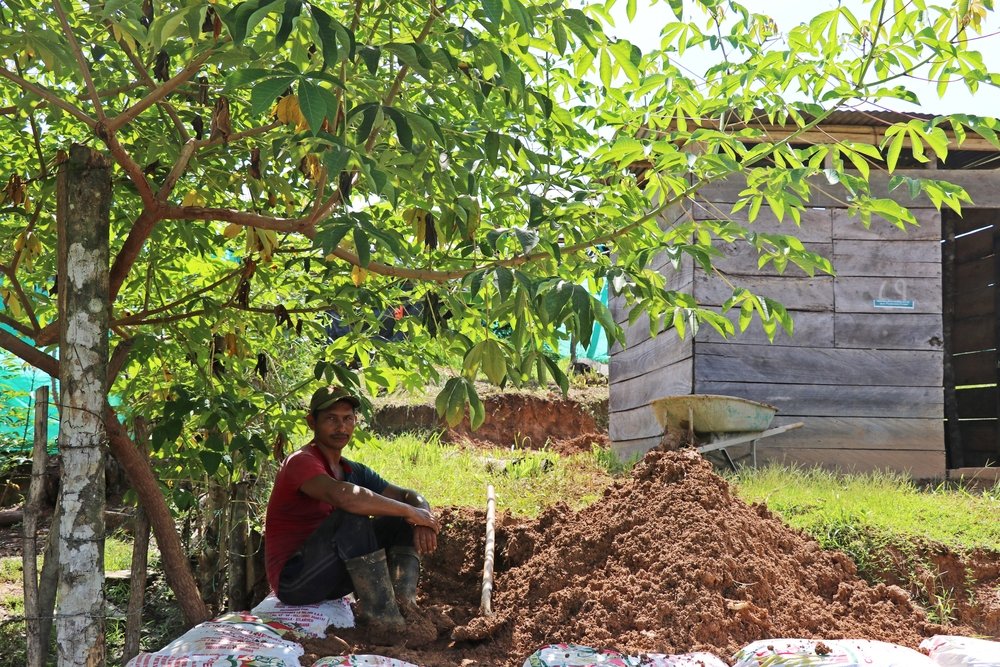 This is further complicated by the lack of safety and protection in the area due to disputes between different armed groups.

Eduardo*, who lives in one of the temporary settlements says, "The families have constant worry about the conflict because we see children being recruited and a lot of people end up working on coca plantations, so they're more exposed there." 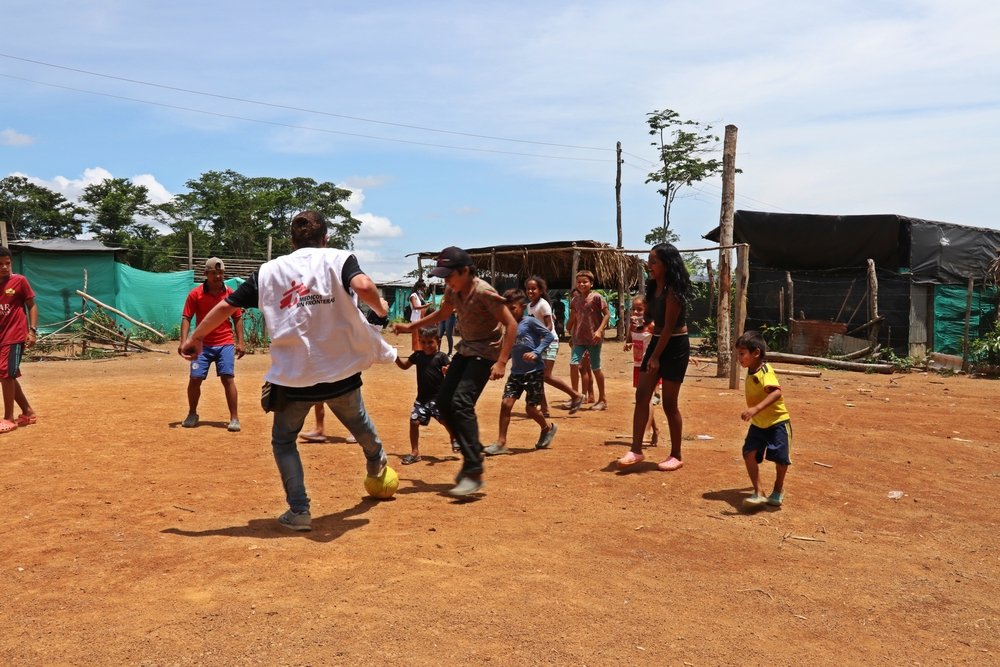 Santiago Valenzuela/MSF
Childhood at the irregular neighborhoods at Tibú. (August, 2021).

"Those of us who've migrated have done it to find work and food, but it's been difficult."

The population has also been exposed to violence resulting from sex work and forced movement because of threats from armed groups.

Calls to improve sanitation and shelter

Auzaque believes it is key for government institutions and humanitarian organisations to work towards "better comprehensive care for Venezuelan migrants and Colombian people who have no health insurance and make a greater effort to improve water, sanitation and shelter. 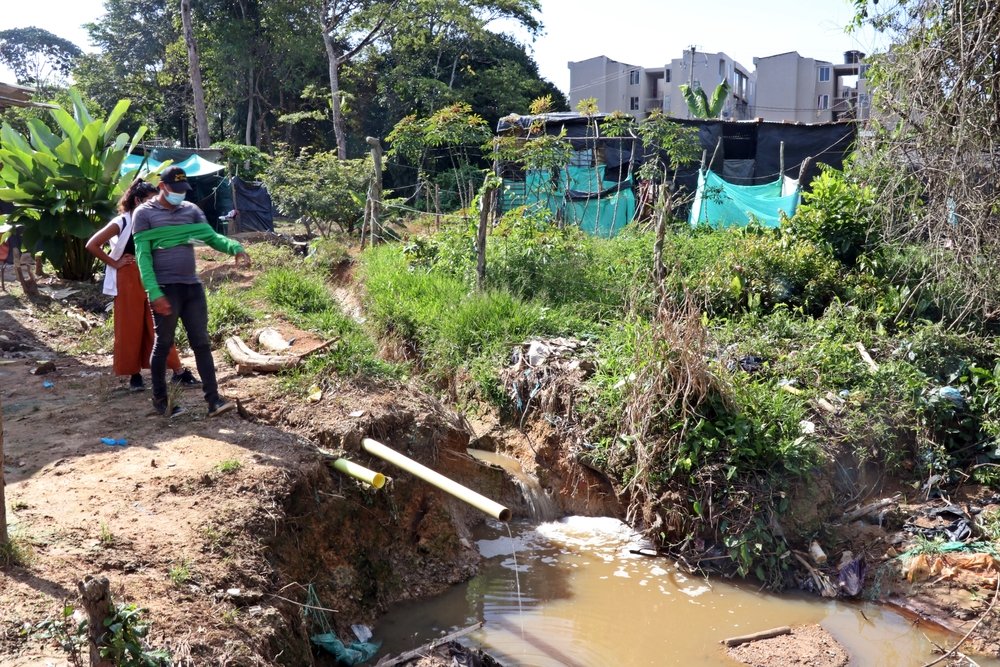 Santiago Valenzuela/MSF
Migrants living next to a dirty river with wreckage. (August, 2021).

And perhaps what is most important: there are different types of violence against the population in the region which under no circumstances should we normalise."

*Name changed to protect the identity of the source.