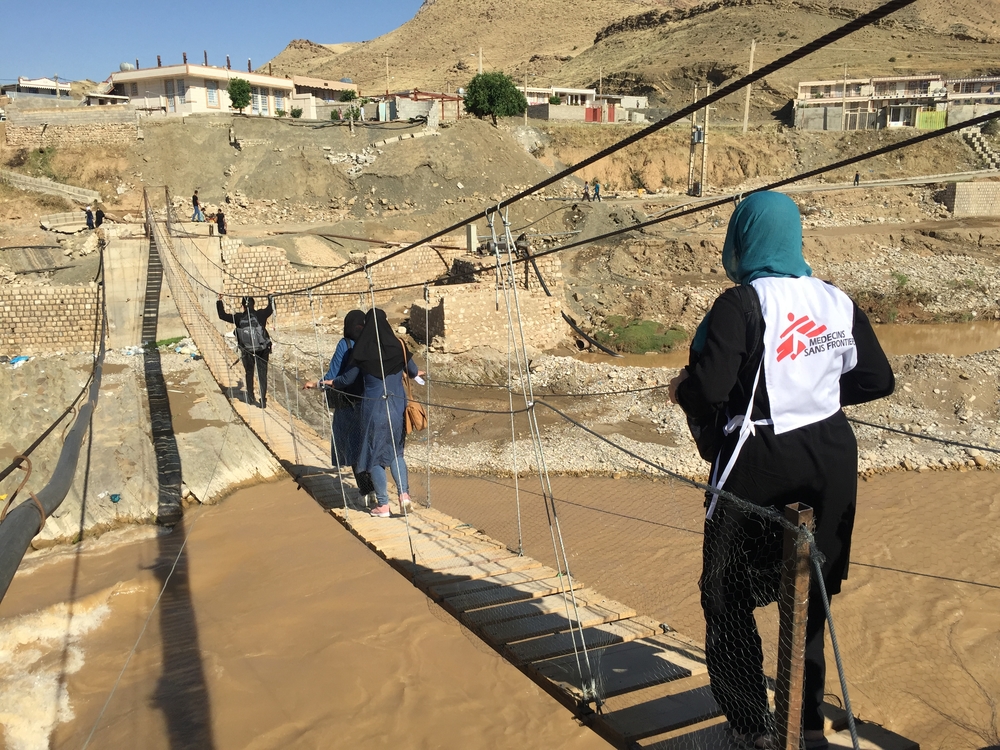 It’s been nearly two months since violent flash floods stormed areas along the Kashkan River, in Lorestan province, west Iran. In Pol-e Dokhtar town, life is starting to return to normal in the severely affected neighbourhood located on the river’s right bank. Most of the sludge and rubble have been cleaned out while reconstruction of a few houses and shops are beginning in this devastated area. General relief efforts are ongoing, and teams from Médecins Sans Frontières (MSF) are providing assistance to people in five villages north of the city, in collaboration with the Ministry of Health.

Despite ongoing repair works to infrastructure bordering the river, major damage along the road remains visible along a 100 kilometre stretch of road, as entire sections of asphalt and all the main bridges have been washed away. In the few villages that have been directly affected, some inhabitants are living under tent shelters and are dependent on food and water distributions.

Fifteen kilometres north of Pol-e Dokhtar, an MSF team crosses a new rope bridge over the Kashkan river on foot, medical equipment and drugs stowed in backpacks. They are trying to reach the village of Paran Parvis; after crossing the bridge, they find a taxi and arrive in the village after a 20 minute drive. The team sets up a mobile clinic inside a health post with the support of the local paramedical staff.

Although the village did not suffer any damage, the people are completely isolated as the destruction of bridges has cut them off from the main road network. As a result, the doctor has not been able to come from the nearest health centre, as he has done so weekly before the floods. Children cheerfully welcome the MSF team as they arrive, while people begin to gather in front of the health post awaiting for consultations. Each week, the team goes to Paran Parvis to provide medical consultations, along with a midwife who monitors pregnant women. 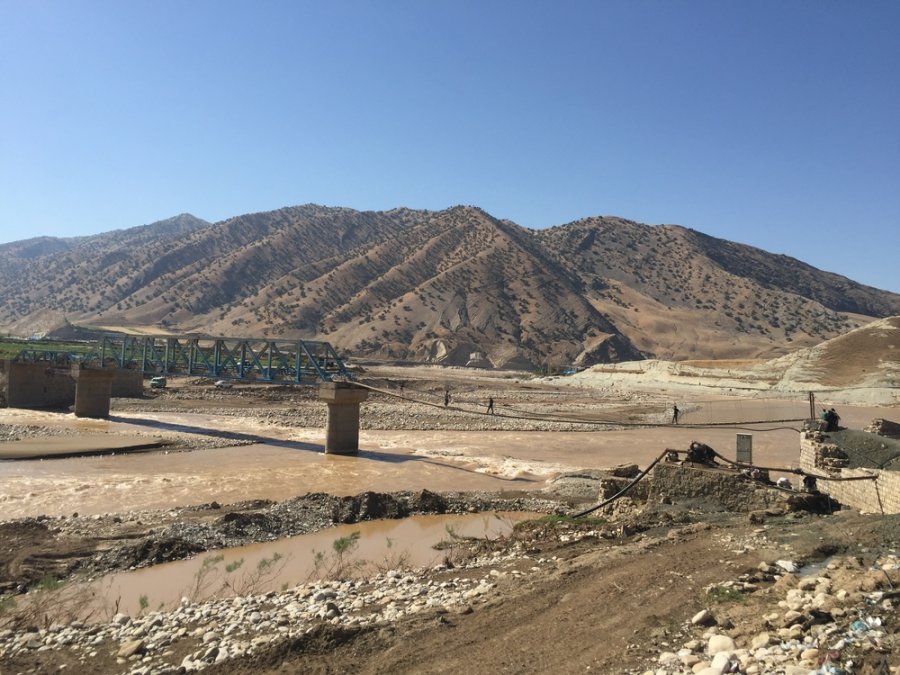 Since roads were destroyed by the floods, the people who live, already quite isolated, in this mountainous area now have even more difficulty to move around. This affects mainly elderly people.  In other villages, families have lost their home and all their belongings, and cannot afford to go somewhere for medical care. So the free of charge healthcare MSF provides is a welcome relief for many.

The team sees many elderly people, especially women, with chronic diseases such as high blood pressure and diabetes. People are also treated for upper respiratory tract infections and general pain, while the midwife is quite busy with a number of pregnant women.

Since early May, a mobile clinic has gone to five villages, where the access to them is often difficult and lengthy. To get to the villages of Vareh Zard and Khersdar Softla, the team uses a pedestrian crossing over the river.

Further down on the river’s right bank, Baba Zayd is a village that has been completely ravaged by the waters. The remnants of the health post are filled with mud and debris. The local authorities have installed containers to replace this health facility and a school which was also destroyed, but they lack qualified staff and basic drugs. MSF installed a mobile clinic, set up in a container, to provide medical care to displaced people living in tents.

While the overall situation is slowly improving, some people remain vulnerable while others still do not have access to ordinary health care. Our teams are committed to providing care while communities recover and are continuing to assess the needs in the area.

OUR WORK IN IRAN >