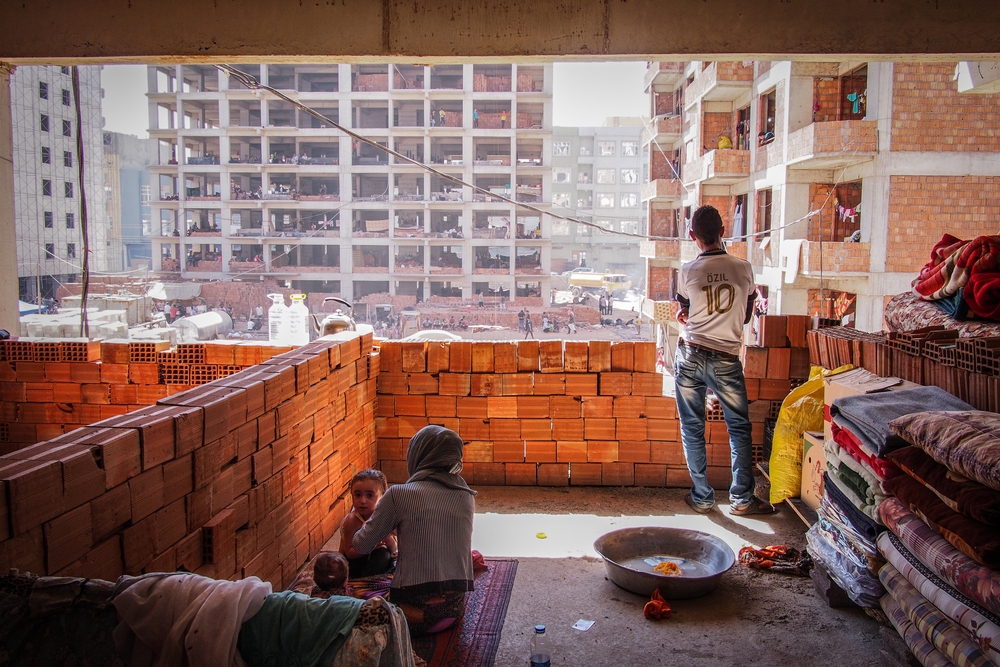 The recent increase of violence in Iraq has left an estimated 1.8 million people displaced since January 2014, according to official figures. Nearly half of them have found refuge in schools, camps or unfinished buildings in the Kurdish Regional Government (KRG).

The situation remains very precarious for the hundreds of thousands people who have reached safer areas in KRG. The governorate of Dohuk alone is estimated to host more than 465,000 displaced people and the local authorities are struggling to cope with their increasing needs.

Poor living conditions, overcrowding and lack of sanitation are seriously affecting the health of these people.

While the temperatures are starting to drop, only one camp is ready, with a few more due for completion before the onset of winter.

Médecins Sans Frontières/Doctors Without Borders (MSF) is reinforcing its activities to try and cope with the new and increasing medical needs.

MSF is carrying out medical consultations in three mobile clinics in Dohuk Governorate. In one of the most poorly equipped camps in Zakho, an MSF team is preparing to install latrines, showers and washing areas to reduce the risk of an epidemic.

In Central Iraq, the humanitarian situation is increasingly alarming. Hundreds of thousands of people remain trapped in conflict ridden areas that are controlled by rebel forces and have few options to flee.

Anbar governorate, which is severely affected by the ongoing fighting, has over 370,000 displaced people. The security situation means that the delivery of humanitarian assistance to populations trapped in these areas remains extremely difficult.

Despite the unstable security situation in Kirkuk, MSF is now running medical activities in two locations, a mosque in the centre of town and a church. A team composed of two doctors and two nurses carried out over 600 consultations this month alone.

Gabriella Bianchi/MSF
Dalal and the 30 members of her extended family have recently fled from Sinjar. Now they share four rooms on the 6th floor of an unfinished building in Zakho, Norther Iraq.

In Anbar province, MSF has been supporting the main hospital in Heet, an area where heavy fighting between the Islamic State fighters and the Iraqi Army has flared up since 2nd October.

Heet which is home to over 100,000 displaced people was until now one of the last safe havens for populations fleeing the violence in Anbar, an area that humanitarian aid struggles to reach.

In September, MSF managed to send hygiene kits to the growing numbers of displaced people in the area.

With the support of MSF, over 700 consultations are carried out every week at Heet hospital.

Over the past month, MSF teams have provided over 3,500 consultations to displaced people across Iraq and MSF is making every effort to increase its activities to further support the population.

Gabrielle Klein/MSF
MSF teams are reaching out to the displaced people in Sharya, listening to them, advising them and letting them know that they can access free healthcare at the MSF dispensary in Dalal camp, Zakho.

Despite the ongoing conflict in Iraq, which has made it very difficult for humanitarian organizations to work in the country, MSF is striving to provide medical care to the Iraqi people, as well as Syrian refugees in Iraq.

MSF has worked continuously in Iraq since 2006 in various locations in the north and south of the country.

To find out more about MSF’s work in Iraq