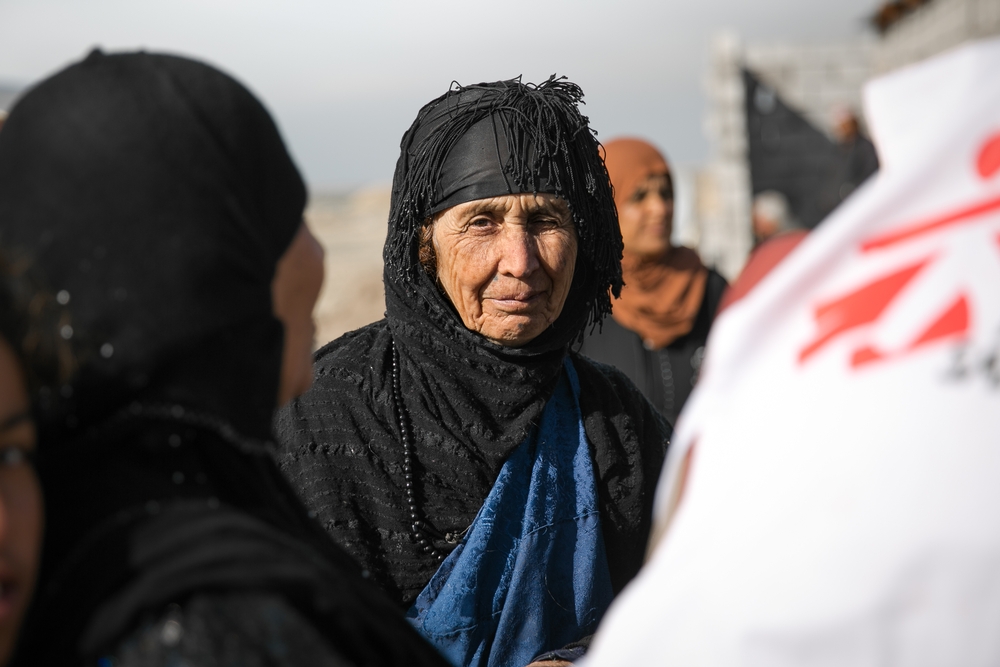 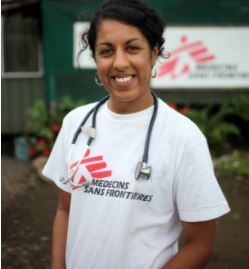 Iraq: "How do I put into words the kindness and strength my patients have shown me?"

I don’t think I’ll ever forget the sound; a sort of high pitched repetitive moan, like an animal in distress.

I didn’t notice it at first but once it registered it was all I could hear. My tired brain was trying to decipher what could be causing such a strange noise in our little MSF clinic situated in a camp for displaced people just a few kilometres from the front line.

The moan grew louder and when the door to the metal container opened it became apparent that the distress was not that of an animal but a small boy, aged about four, in his mothers’ arms.

No care in sight 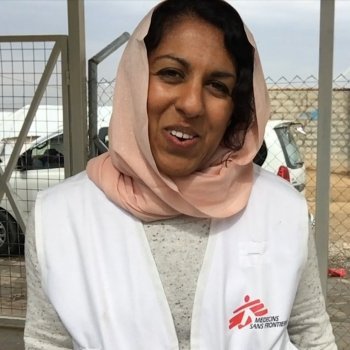 The mother had come to the clinic accompanied by a female family member, their surprisingly calm and resigned expressions appeared to contradict the urgency of the boy’s cry.

His face was peeking over his mother’s shoulder so I shuffled around to say hello. What I saw was a thin boy in a lot of pain, both of his eyes extremely inflamed and tightly shut.

His mother explained that he was unable to open them: they had been like that for four months.

I exchanged glances with my Iraqi medical colleague and it was immediately clear that we were both thinking the same thing. Four months! How could it be possible that this poor child has been like this for four months? The silence in the room was punctuated at three-second intervals by the noise coming from his mouth, monotonous and melancholy.

The mother explained that the family had recently come from Hawija where, for over two years, they had no access to healthcare due to the occupation.

Several months ago the boy’s eyes became red and sticky with discharge. They tried bathing them in the hope it would resolve, but the condition became progressively worse until he was no longer able to open the his eyes at all.

There was no option of medical help, and so the family were forced to watch his condition deteriorate, feeling more and more helpless as each agonising day passed.

As people they knew began pouring out of their home town, the family were finally also able to make their escape too one night, crossing a heavily land-mined area peppered with snipers, and days later, reaching the safety of the camp. I was the first doctor they had managed to access. 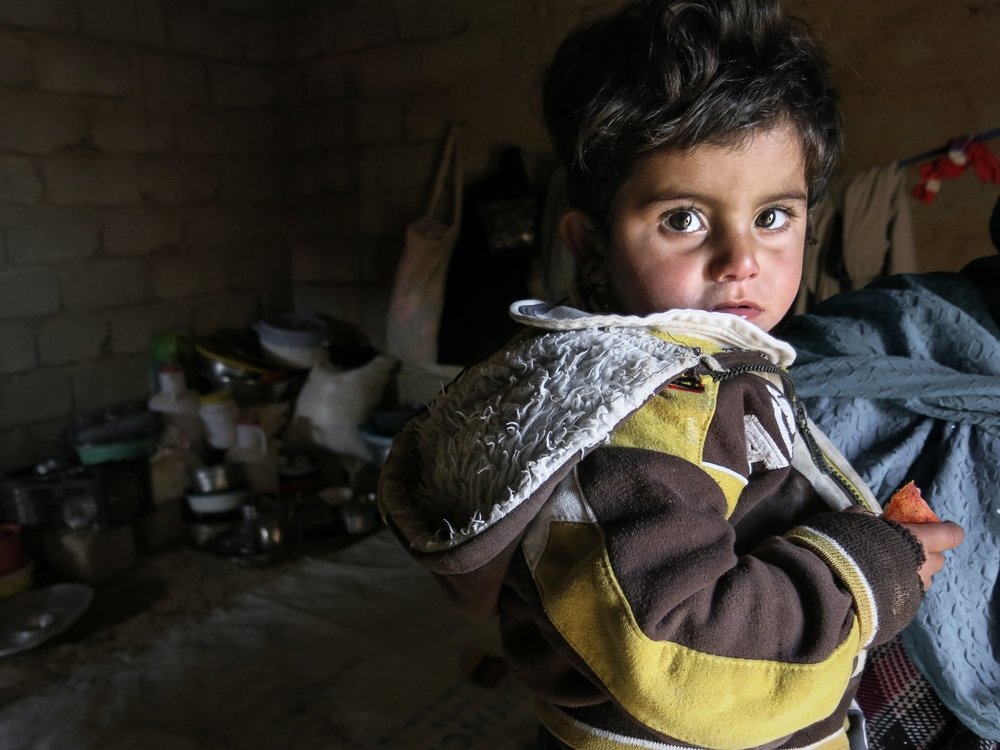 Gabriella Bianchi/MSF
A young girl waits to be screened for malnutrition by an MSF mobile clinic in Kirkuk, Iraq.

Making every effort to disguise our alarm I carried out my assessment of the boy with my colleague. It was certain that he had a severe eye infection which had probably caused quite severe damage to the cornea and was possibly caused by vitamin A deficiency.

Although he was not malnourished we knew that the food supply in Hawija was not consistent and many types of food were difficult to source or overpriced. In any case, we would not be able to treat him in our outpatient clinic.

He would need intravenous antibiotics, expert paediatric care and close supervision. Luckily we were able to assist the family in their safe passage from the camp to a nearby hospital for the secondary care which he needed.

Such severe cases in our outpatient clinic were thankfully not a daily occurrence, but they will stay with me forever. Apart from the young boy in this story, there was the baby born with a hole in the heart who would come to our clinic with recurrent chest infections and failure to thrive, it’s only hope of survival an expensive and inaccessible surgical operation.

There was also the young girl with precocious puberty, a condition in which puberty comes early, in this case at the age of six. The hormone injections which she required were expensive and beyond the limitations of our basic primary healthcare centre.

We tried our best to help them of course, these and all our patients. On one occasion a woman ran to us hysterical and with tears pouring down her face; she brought her baby who had been sick with diarrhoea and vomiting.

As I desperately pressed up and down on her tiny, emaciated body, I caught the eye of the other MSF doctor and in that moment realised that she was already dead.

Knowing and not knowing

The bulk of the cases we dealt with were not that different from the kind of patient I might come across in my East London general practice: young women with unexpected pregnancies, babies with chest infections, elderly patients with joint pains.

Some demanded antibiotics for their viral illnesses, others wept as they described the pain of their losses, many begged for me to provide medical certificates for them to be able leave the camp.

When we first started working in the camp, temperatures were close to freezing. I would return back to our MSF house each night and as I stood under the steaming hot shower attempting to wash away the troubles of the day, I would always think of my patients in their overcrowded tents with their extremely restricted, and of course unheated, water supply.

I couldn’t imagine not having that hot shower to warm myself, being able to change into fresh pyjamas and dive under the duvet. 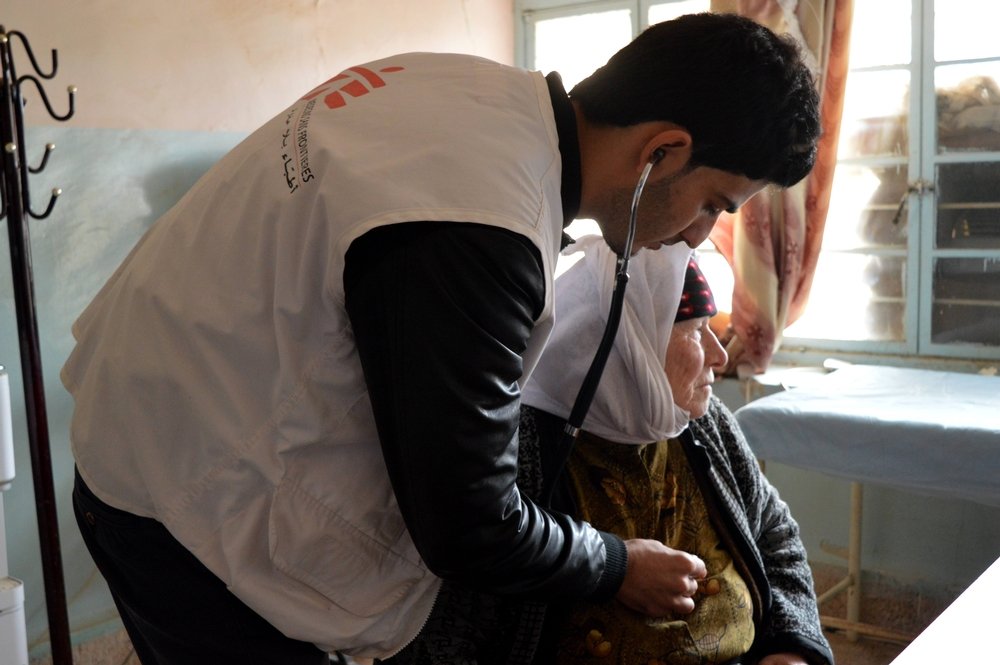 Karin Ekholm/MSF
Nadia Mohammed Ahmed has high blood pressure. She and her husband are Turkmens, a Turkic ethnic group that predominantly live in the north of Iraq, especially in Tal Afar, Mosul and Kirkuk.

When the rain came and fell for days on end I would think of them all huddled in their tents, their flimsy footwear preventing them from venturing outside, and I couldn’t imagine what it must be like to be them.

Knowing and not knowing. Knowing that these experiences are shaping the formative years of your child’s life. Not knowing if and when you will again see the family members you have left behind.

So this is why, when well-meaning friends and acquaintances tell me I am a hero and ask 'how did you do it?' I smile weakly and begin to protest.

But how do I put into words what I have experienced, what I have learned, the kindness and strength my patients have shown me? For it is they who are the true heroes and I am so grateful to have had the opportunity to make some tiny contribution to their lives.