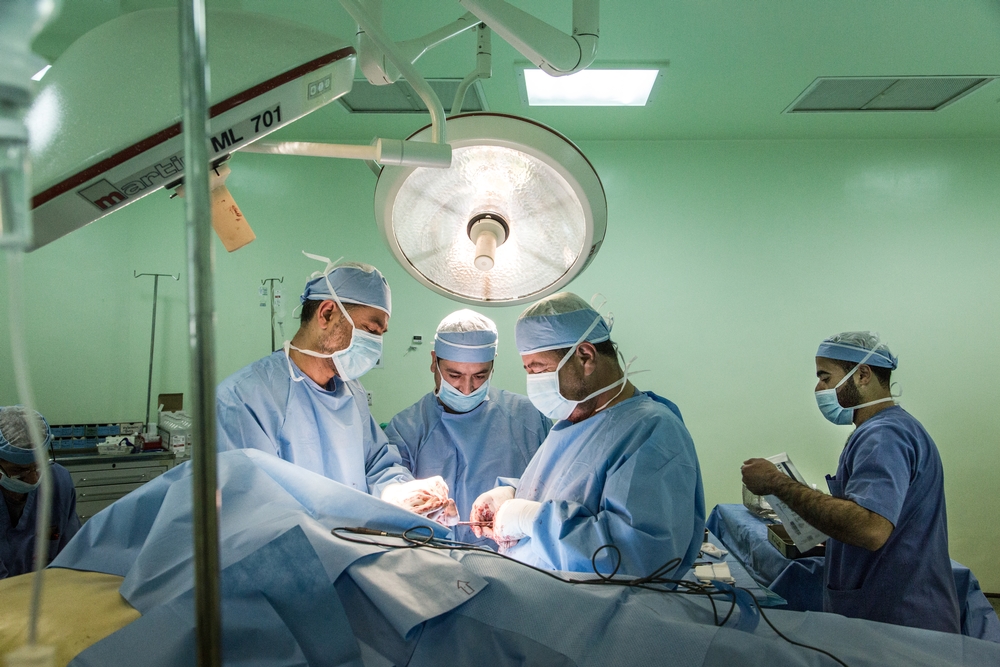 Médecins Sans Frontières (MSF)’ reconstructive surgery hospital in Amman was originally established to respond to the victims of the war in Iraq. It has since expanded to receive patients from Syria, Iraq, Gaza and Yemen. Today, Syrians make up over 60% of patients treated.

Dr Gabriel Fitzpatrick, Chairman of MSF in Ireland, writes following his ward round at the hospital.

I've recently returned from Amman, Jordan, where MSF is running a specialist reconstructive surgical hospital to treat people severely wounded in conflicts across the Middle East. Currently the caseload at the hospital is more than 60% Syrian.

It is here on the surgical ward that I meet Ahmed,a 13-year-old boy from northern Syria. His face was burned five months ago when a bomb blew up his home and killed his brother. Miraculously, his mother managed to get him from Syria to our hospital, which specialises in reconstructive surgery, with the help of many good Samaritans along the way.

Ahmed has just finished another round of complex surgery, and his face is swollen and held together by a patchwork of stitches and bandages.

When skin burns, after a while it heals to form scar tissue. When most of the facial skin is heavily burned, reconstructing it involves procedures such as grafting, flaps and tissue expansion, which need to be carried out on multiple occasions.

Ahmed has gone through several of these procedures over the previous months. Some of the grafts have not worked and need to be repeated. His mother hovers beside him, tending to his every need. Her love for her remaining son is fierce. She offers us a plate of chocolate bars as a symbol of thanks.

In the next room on the ward I’m greeted by a smiling child. This time the burns are not on the face but across the chest. Bombs falling from the sky were the culprit. Again, this little boy had undergone multiple surgeries. We gave our chocolate to him and a smile surfaced. He raced away from us clutching his gains.

As we walk further down the corridor I could hear Ahmed, the boy from Syria with the burnt face, begin to cry. Faint at first, then louder. The sound would break your heart. There’s something wrong in a world that does this to children. My colleague walking beside me pretended to have something in his eye. Sometimes you just can’t hide a tear.

Chris Huby
A young girl from Syria. She is blind and lost an eye, probably because of a bomb.

The terrible toll taken by the Syrian war on women and children in the past year starkly highlights the need for warring parties to stop causing civilian casualties. As the conflict enters its sixth year, the parties to the conflict and their military allies cannot continue indiscriminate or targeted attacks on civilians, their homes, schools, marketplaces and hospitals.

We ask for the most basic rules of war to be respected.

Until then, MSF’s hospitals in Ramtha and Amman will continue to run at capacity, and people’s need for lifesaving medical care will remain as urgent as ever.

Find out more about our work in Jordan