Libya: “They were shot and killed as they ran to flee arbitrary detention”

Three people were shot dead and two were severely injured at the disembarkation site in Khoms on Tuesday night after being returned to Libya, the very same country they were trying to flee. Victims are aged between 15 and 18. This is yet another tragic development showing that migrants in Libya face life-threatening violence and brutality. Vulnerable persons should benefit from protection and evacuation out of the country instead of suffering forced returns and arbitrary detention.

What happened is shocking and unacceptable... Unarmed people were shot and killed just because they ran in despair to flee arbitrary detention. This is inconceivable.

In the immediate aftermath of the shooting which took place at a disembarkation site in Khoms on Tuesday night, MSF organized the referral of the two injured survivors to a nearby hospital, and supported provision of care. Both were injured by gunshot, and are still currently deeply shocked by the event. One of the two is a relative of one of the three victims, who was shot dead in front of him. 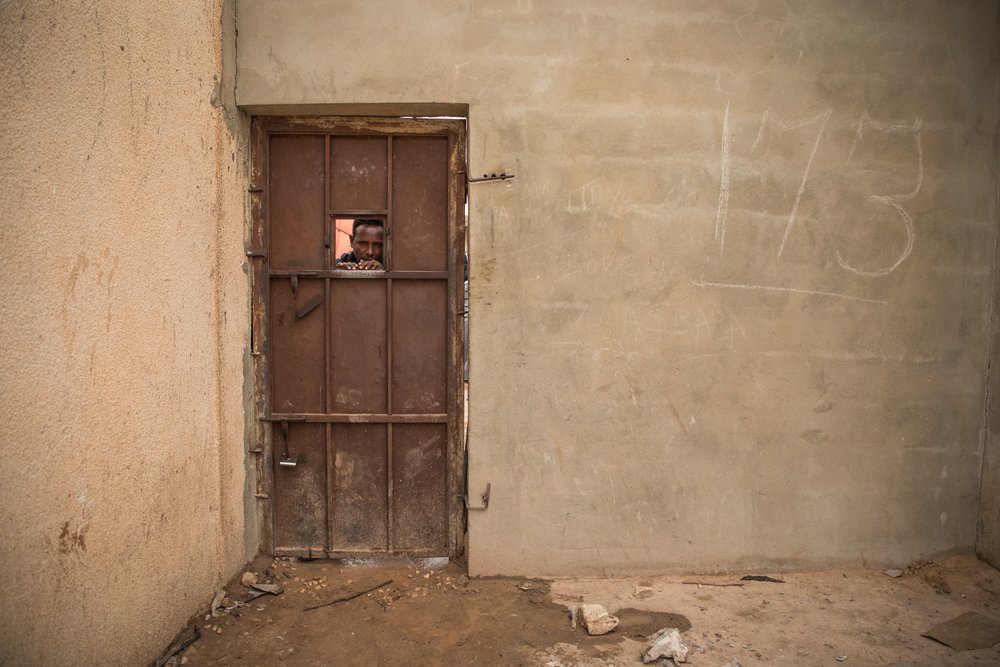 Aurelie Baumel/MSF
More than a hundred of those held in the Dhar-el-Jebel detention centre are unaccompanied children.

First-hand testimonies gathered by MSF indicated that the three victims and the two injured were part of a group of 73 people intercepted at sea by Libyan coast guards and brought back to shore in Khoms. Among them some tens of people, all Sudanese nationals, tried to flee the disembarkation site, to avoid being brought into detention, and were shot at.

26 people were finally taken to a detention center, while others managed to escape. MSF teams, who provide assistance to vulnerable migrants in detention centers, visited them. Many were still in shock and distress.

Once again, we repeat that Libya cannot be considered a safe place where to bring people intercepted at sea... The EU has to support... a sustainable system of disembarkation in safe ports.

Strikingly, this group was composed of very young people – the three killed people and the two injured ones are aged between 15 and 18, and there are at least 8 minors among the 26 people taken to the detention center. 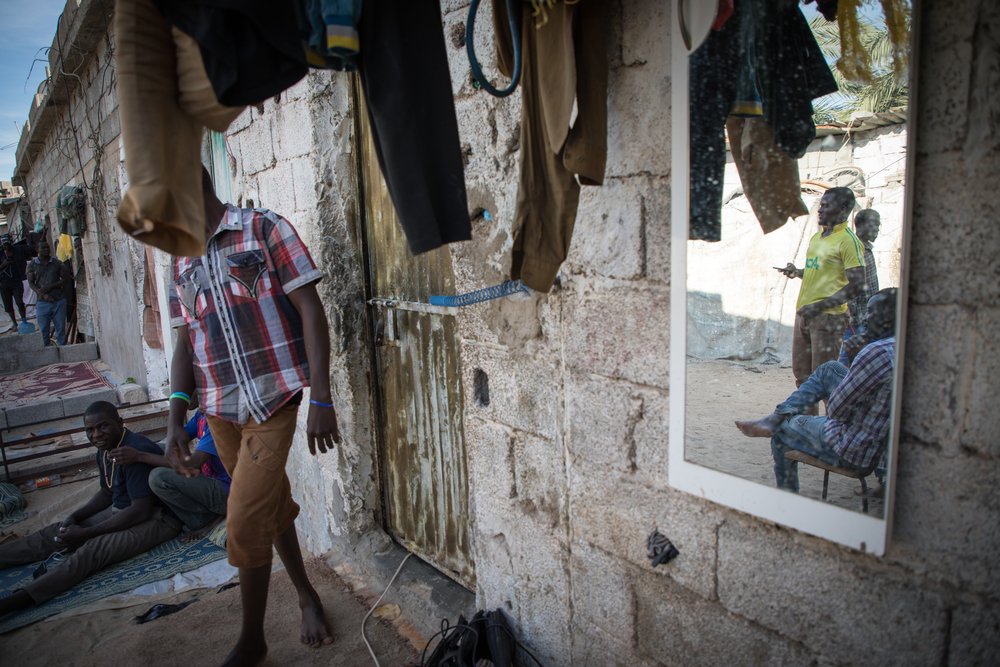 Aurelie Baumel/MSF
A squat in Misrata. Behind each door live 15 people.

“What happened on Tuesday is shocking and unacceptable. Unarmed people were shot and killed just because they ran in despair to flee arbitrary detention. This is unconceivable, said Sacha Petiot, MSF representative in Libya. As many other refugees and migrants in Libya, these young people have been taken in a cycle of brutality and repression, while they would need humanity and protection”.

This is not the first time such tragic events take place in Libya – as an example, in a similar event, a Sudanese national was killed at a disembarkation site in Tripoli in September 2019. Other recent examples of violence against migrants in Libya include the atrocious mass killing by human traffickers of 30 Bangladeshi migrants detained in a hangar in Mizdah.

In parallel, during the last month, there has been increase of departures and forced return as well as renewed trend of transfers to detention centers.

As legal pathways such as evacuation flights and resettlement schemes are currently suspended in the context of the Covid-19 pandemic, attempting the life-threatening journey across the Mediterranean Sea is the only option for these persons to flee such brutality and abuses. 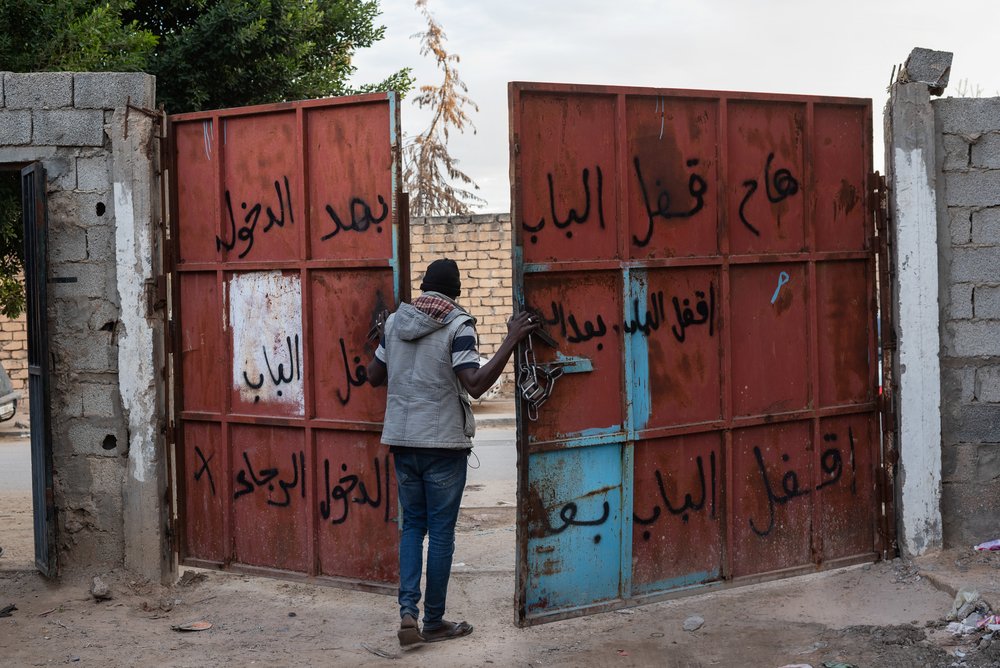 Giulio Piscitelli
A refugee from Darfur, Sudan opens the gate entrance of the area where a group of refugees live, in Gorgi district.

“Once again, we repeat that Libya cannot be considered a safe place where to bring people intercepted at sea – it is instead a place where violence, brutality, repression and deprivations are the daily conditions for thousands of migrants, refugees and asylum seekers, added Sacha Petiot.

“It is long overdue to halt the policy of forced return in Libya. The EU has to support an effective SAR mechanism in the Mediterranean Sea and a sustainable system of disembarkation in safe ports, rather than encouraging illegal push backs; and urgently resume legal pathway such as the UNHCR evacuation and resettlement program”.