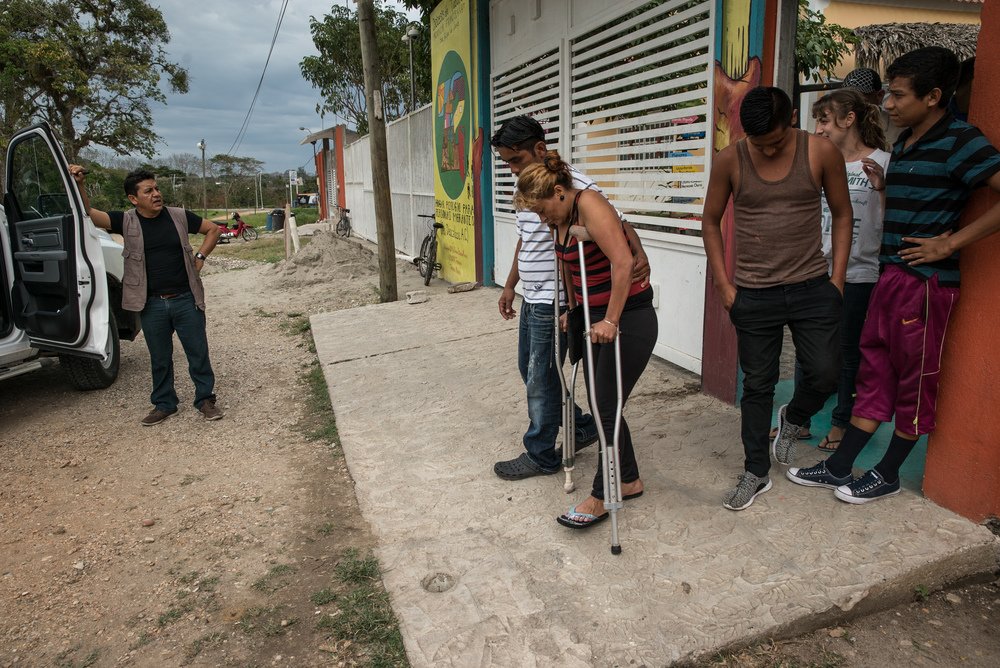 An estimated 500,000 people cross into Mexico every year. The majority making up this massive forced migration flow originate from El Salvador, Honduras, and Guatemala, known as the Northern Triangle of Central America (NTCA) - one of the most violent regions in the world today.

Since 2012, Médecins Sans Frontières (MSF) has been providing medical and mental health care to tens of thousands of migrants and refugees fleeing the NTCA’s extreme violence and travelling along the world’s largest migration corridor in Mexico.

The Mexico Report is a two-year collection of data from surveys and MSF consultations, highlighting the plight of migrants and refugees from the NCTA in transit through Mexico.

Our teams have witnessed and documented a pattern of violent displacement, persecution, sexual violence, and forced repatriation akin to the conditions found in the deadliest armed conflicts in the world today.

For millions of people from the NTCA region, trauma, fear and horrific violence are dominant facets of daily life. Yet it is a reality that does not end with their forced flight to Mexico.

Along the migration route from the NTCA, migrants and refugees are preyed upon by criminal organisations, sometimes with the tacit approval or complicity of national authorities, and subjected to violence and other abuses - abduction, theft, extortion, torture, and rape - that can leave them injured and traumatised.

Despite existing legal protections under Mexican law, they are systematically detained and deported. Nearly 98 percent of NTCA citizens were captured by immigration authorities in 2015, with devastating consequences on their physical and mental health.

The findings of this report come against the backdrop of heightened immigration enforcement by Mexico and the United States, including the use of detention and deportation. Such practices threaten to drive more refugees and migrants into the brutal hands of smugglers or criminal organisations.

A 30-year-old Honduran man described what drove him to leave: "The gang told me that if I stayed in my workshop without paying, they would take my blood and one of my children. In my country, killing is ordinary; it is as easy as to kill an animal with your shoe. Do you think they would have pitied me? They warn you, and then they do it, they don’t play, and so they came for me. Last year in September, they shot me three times in the head, you can see the scars. Since then my face is paralyzed, I cannot speak well, I cannot eat. But what hurts most is that I cannot live in my own country for fear of me and my family's lives." 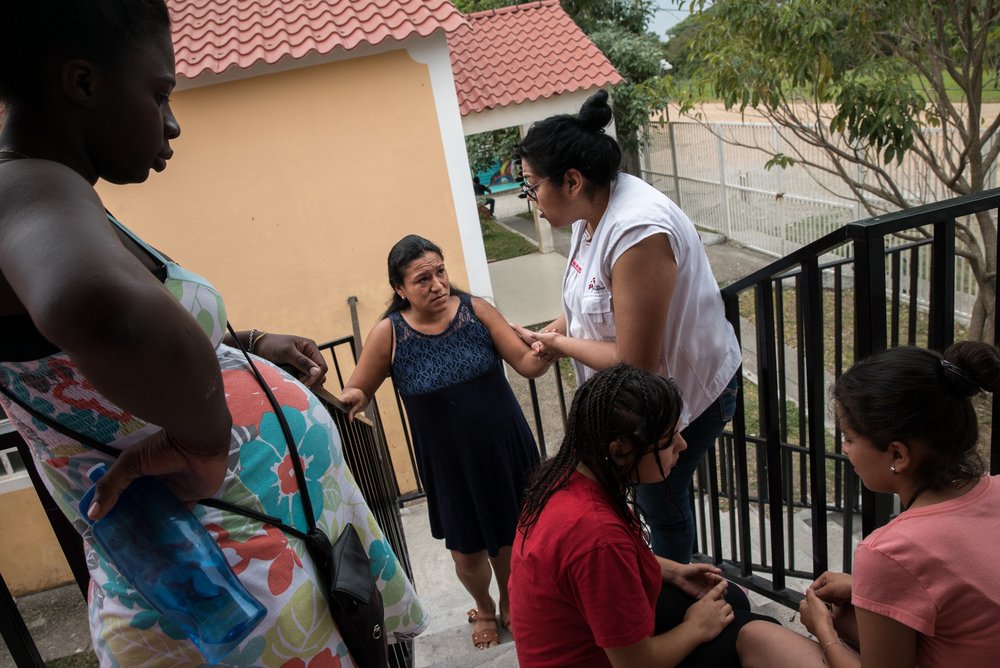 Violence on the journey

A 35-year-old Honduran woman described what happened to her on the journey north: "I came with my neighbour, and we were both seized by a group of delinquents. A federal police officer was their accomplice, and each one of us was handed over to gang members. I was raped. They put a knife on my neck, so I did not resist. I am ashamed to say this, but I think it would have been better if they had killed me.” 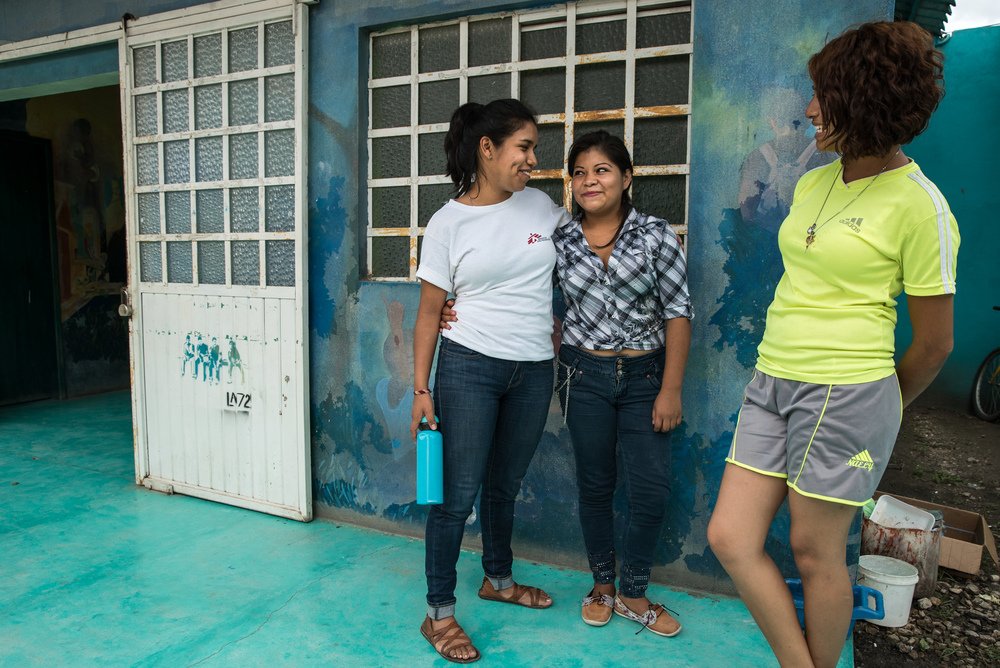 Marta Soszynska/MSF
MSF psychologist Nadia Rivera, with two of her young patients, both survivors of sexual violence in Honduras.

Out of 1,817 refugees and migrants treated by MSF for mental health issues over the last two years, 92.2 percent have lived through a violent event in their country of origin or during the route - which threatens their mental health and well-being. 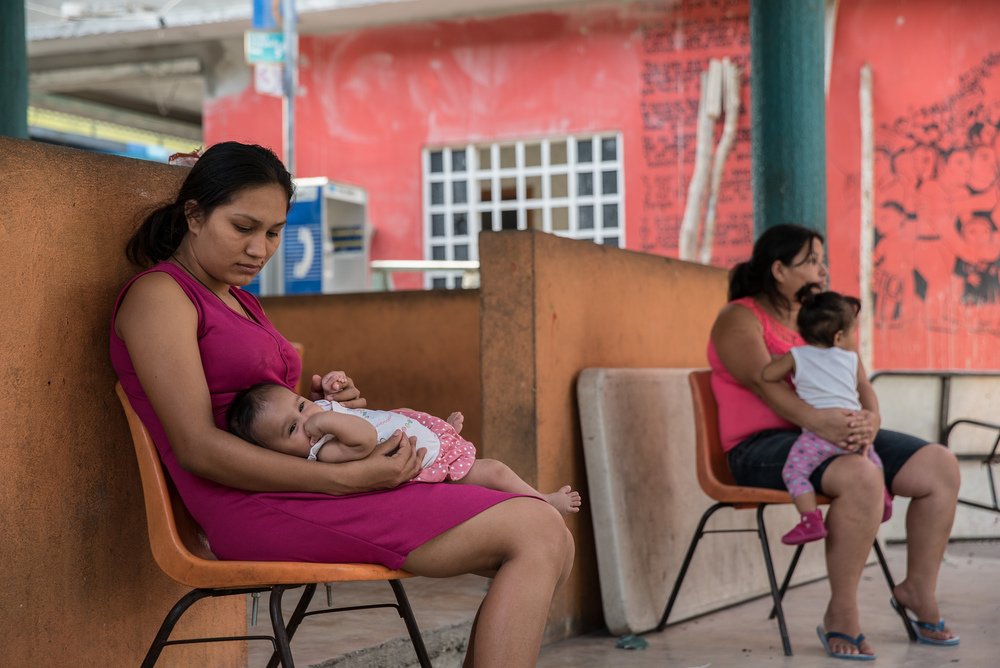