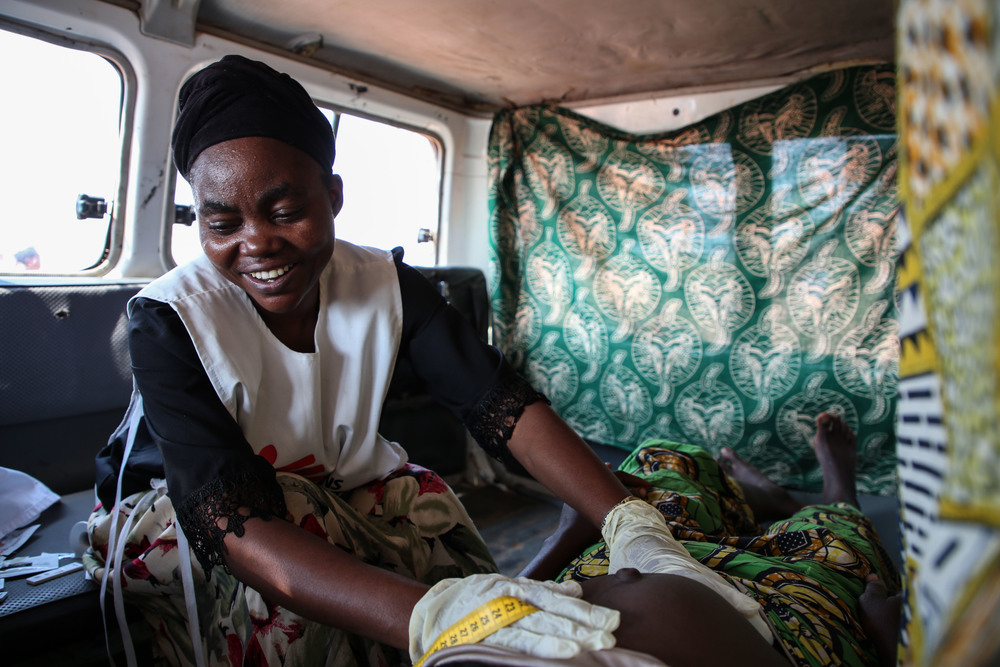 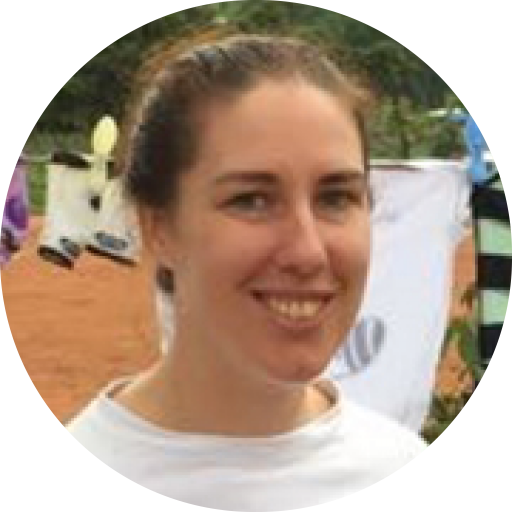 A midwife in DRC: "Women deserve excellent care, the world over"

From morning clinics to late-night emergencies, UK midwife Hannah shares her experience working in a remote part of the Democratic Republic of Congo.

I’m roused, as usual, by the criers with megaphones giving advice on how to prevent cholera.

It’s only 5am, but I can’t really complain when we’re the ones paying them to wake up the town. Everyone may still be in their beds, but at least now they know how to treat their drinking water.

Our hotel is basic but adequate. The dirt floors and tiny bucket shower are an adjustment, but they are more than made up for by the warmth of the staff. Today, I’ve been plied with chapatti for breakfast, which accompanies my usual sugary Congolese tea.

Médecins Sans Frontières / Doctors Without Borders (MSF) has been working in the Democratic Republic of the Congo since 1981, and we don’t plan to leave any time soon.

While this may not sound like the media’s definition of emergency medicine, constant conflict and population displacement contribute to mortality rates that only rarely dip below the “emergency” threshold.

The project I work in has been open for seven years, although we have been supporting this health centre, Nyange, for only seven months. I have been here for three of those months, and the improvement in care that I have already seen is staggering.

Three hours away from the main base, Nyange is a growing town with a population on the move. Local gold mines attract young men in an almost Wild West-style gold rush, drawing in other crowds hoping to help those workers spend their profits: businessmen, bartenders and sex workers.

It’s a volatile mix, creating a population with unique healthcare needs. However, with a transfer time to hospital of at least three hours, this is also a population in need of a robust local health centre.

After calling the base for the standard security checks, my day starts properly with the morning handover. It has been an average night with three deliveries; the mothers and babies are all doing well. 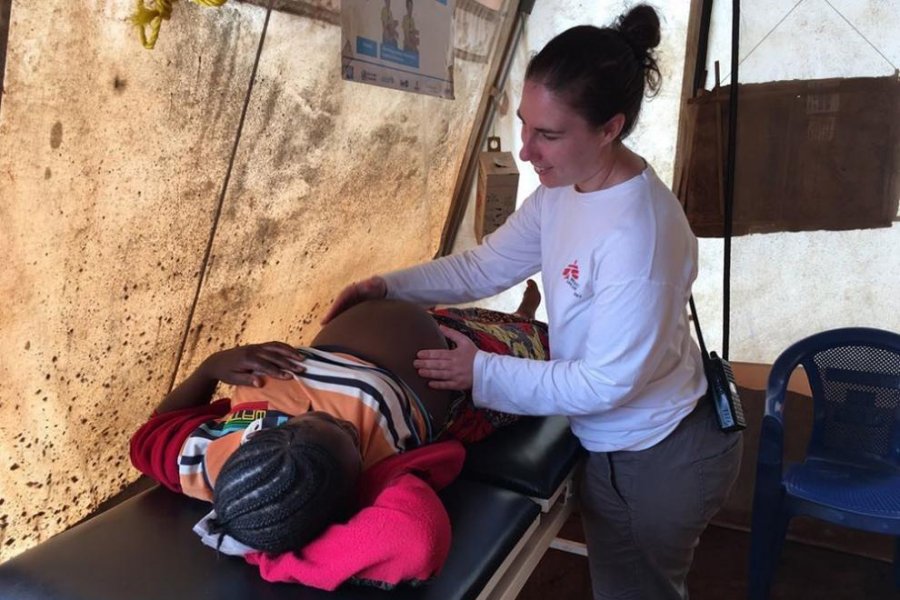 MSF midwife Hannah Thompson checks on a patient in Nyange

With one midwife allocated to the maternity ward, the rest of us start the morning round with the antenatal clinic.

Around 40 women have arrived – all for their first appointment – and my role is primarily to supervise and train the Ministry of Health midwives caring for them. However, with so many women to see, I can’t avoid getting stuck in.

After registration each woman receives blood tests for HIV, syphilis, malaria and anaemia. We screen for malnutrition, do urine tests, abdominal palpations and give a wide range of prophylactic medication.

Some women are with us for five hours. I sometimes wonder why they patiently wait so long under the sun, until I remember that before MSF arrived, there was nothing. The rate of maternal mortality here is high and women want to be looked after.

There are five Ministry of Health midwives working in this centre, which has around 120 births every month. It’s hard work, but they are dedicated and proud of their centre.

Women know that the care here is safe, and they come from villages many miles away to give birth. Simple measures, such as a consistent supply of oxytocin (a drug which stimulates contractions) and correct use of the partogram (a tool for measuring the progress of labour) are already helping prevent many of the previously common problems such as haemorrhage and prolonged labour.

Transferring patients is still tricky: some women have to take motorbike taxis, which is not easy while in labour, but increasingly MSF is able to help out with transport in our own vehicles. Still not comfortable, perhaps, but definitely much improved.

The middle of the night

In the middle of the night the head nurse calls me. He tells me a woman in labour is unconscious, but he’s a bit vague on the details.

It’s 1am, but I wake up two nurses on my team, since I think I might need back-up. I phone the base to check the security situation and then we head to the health centre in the car. It’s only next door to the hotel, but safety is always the priority.

The first thing I see when I arrive is the woman’s family gathered anxiously outside the door. Some things are the same the world over. Inside I find the woman lying on a mattress on the floor of the labour room. She is indeed unconscious, but within a minute of me being there she starts to convulse.

While a nurse takes observations, I ask the family if the woman has epilepsy or has taken any traditional medicines. They say no to both. Her blood pressure comes back normal, and we diagnose atypical eclampsia, a condition that’s unusual here by all accounts. We immediately start giving magnesium sulphate, and I’m so grateful yet again that, thanks to MSF, my patient has access to these drugs.

Within an hour, the woman has stopped fitting and has woken up enough to talk to us. She is fully dilated and, as we also discover, a “grand multipara” – meaning she is a woman who has given birth five or more times. Both factors are in her favour as we have no option to transfer patients at night.

She is clearly exhausted, but we encourage her to walk and eventually to push. Within half an hour she gives birth to a healthy, screaming and very welcome baby girl.

With both mother and baby stable and sleeping, I sneak back to my bed for a last hour of rest.

The best chance of success

At the morning handover we are all a bit bleary-eyed but delighted with a good outcome.

The woman joins us on our journey back to the main base. She will be observed at the hospital, but we are all sure she will be fine.

I watch her as we set off on our three-hour journey along what can only loosely be described as a road. She is already sitting up, eating and breastfeeding her baby; again, some things are the same whether you’re in Nyange or Newcastle-upon-Tyne.

And that is ultimately the reason why I work for MSF: because women deserve excellent care and the best chance of success, the world over.