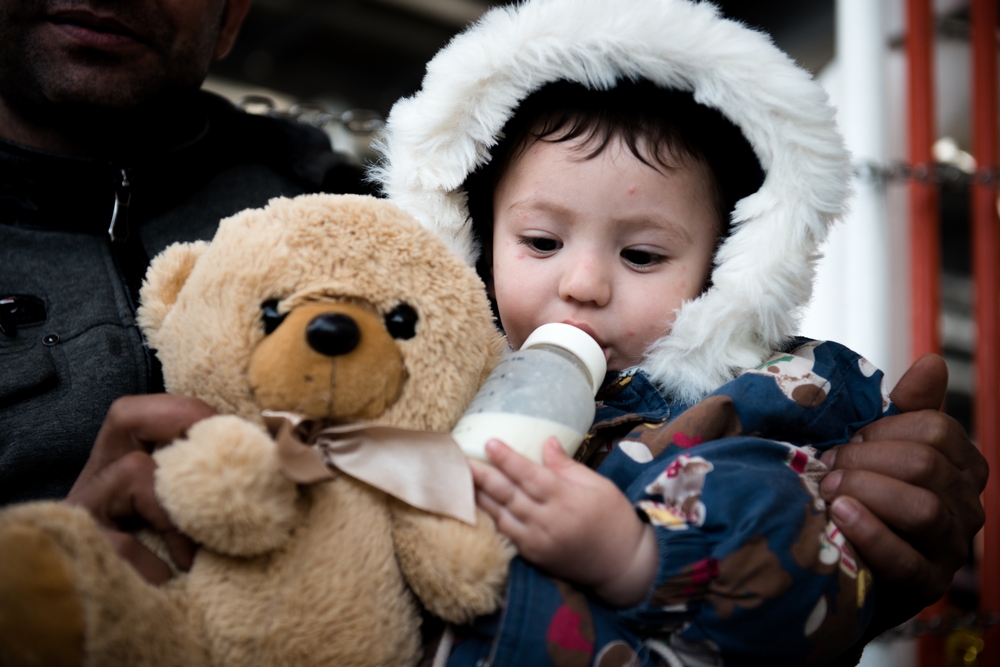 Since the start of 2015, more than 100,000 asylum seekers have fled from countries like Eritrea, Syria, Somalia and Yemen, united in their desire to escape from conflict, instability, persecution and limited access to humanitarian assistance.

There are many legal and illegal routes to Europe, but Libya is now the most popular transit point because it is politically unstable and has a long and open coastline. In a bid to seek asylum and a safer life, people are paying smugglers to ferry them across the Mediterranean in unsafe and overcrowded fishing boats.

In the first five months of 2015, more than 1,800 people have died. Since May, MSF and MOAS (Migrant Offshore Aid Station) have been responding to the crisis on the My Phoenix ship, along with two additional ships, the Bourbon Argos and Dignity 1, operated solely by MSF. MSF teams have assisted with more than 2,290 rescues so far.

After four years of civil war, and with no end in sight to the fighting, four million Syrians are now displaced in the region with no real prospects for re-settlement or a dignified life. With limited options in the Middle East, many are making the risky sea voyage to other countries where they can seek humanitarian assistance, find work and put their children into school. They are fleeing to Turkey and Greece, and across Jordan and Egypt, north to the shores of the Mediterranean.

Halil (not his real name) fled the conflict in Syria with a group of friends. He didn’t tell his family he was leaving the country.

It took one month for 40-year old Sameer (not his real name) to reach the Mediterranean Sea. He travelled through Djibouti, Eritrea and Sudan before he finally reached Libya. He preferred not to appear on camera.

Yemen is in the midst of a regional war, and one of the most acute conflicts MSF is working in. Plagued by political instability, droughts and famine, Yemen is also one of the poorest countries in the Middle East. Current fighting between government forces and Iranian-backed Houthi rebels has become so intense, desperate Yemeni’s are taking flight through Djibouti and Somalia to reach Libya, and onwards onto boats to Europe.

Aasiya, (not her real name), who is in her thirties, is the mother of seven children. She says three of her children have died, and she has lost contact with the other four. She says she fled the Somalia in search of a new life in a safe country.

Tens of thousands of Somali’s are joining the mass migration across the Mediterranean to escape a country suffering from prolonged insecurity and violence. Many make the hazardous trip through the burning desert between Sudan and Libya, with thousands dying even before they reach their next stop – a smuggler’s boat. Prior to boarding a boat, they may often be stuck in detention centers or smuggling camps.

Osman, (not his real name) is in his early twenties, and travelling alone. He says he left Eritrea because there was no future for him in his country. He boarded a small boat in Libya to reach Europe. He decided to pay smugglers to take him to Europe because he felt there were no other safe options.

Eritreans are the one of the largest groups of people boarding boats to Europe. They are trying to escape from an oppressive government, widespread poverty and drought. Thousands of young people flee Eritrea every year, primarily to avoid national service, which they liken to slavery. Refugees and migrants who transit into Libya may face imprisonment, rape, torture and abductions for ransom by traffickers and smugglers, and other abuses by armed groups and criminal gangs.