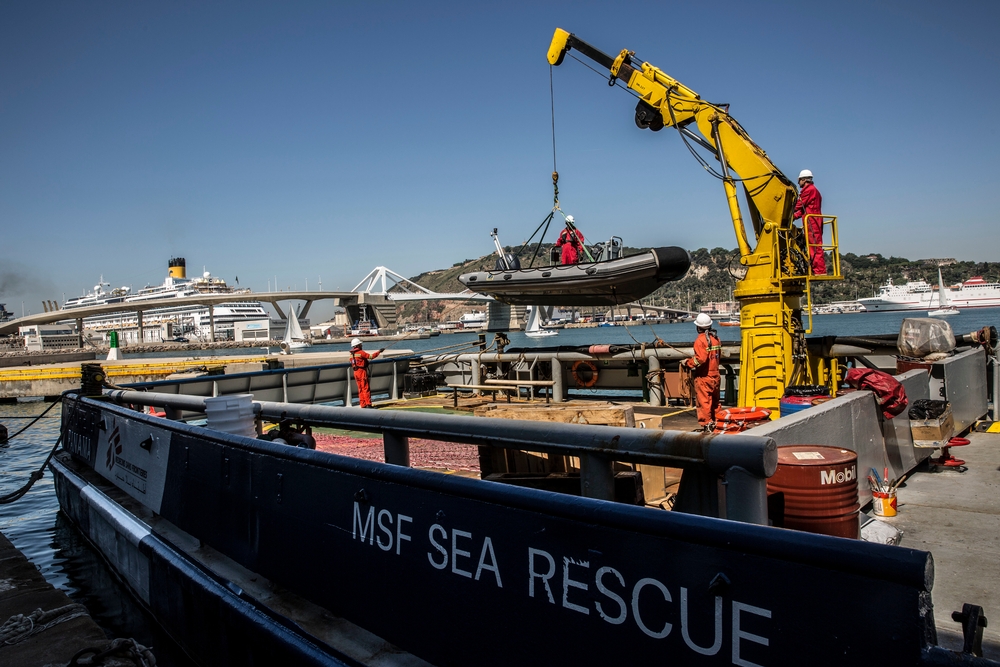 A third search, rescue and medical care boat, with teams from Médecins Sans Frontières/Doctors Without Borders (MSF) on board, will assist people trying to reach Europe by sea in a bid to escape war, persecution and poverty at home.

“What we are witnessing in the Mediterranean Sea is a humanitarian crisis,” says MSF’s Paula Farias, operational manager on the boat, named Dignity I. “This rescue mission might seem different from our usual projects, in that it takes place at sea, but our priority is the same as in South Sudan or Syria – to save lives.”

The Dignity I has a crew of 18, including medical staff. The 50 metre-long vessel left the port of Barcelona on 13 June and has the capacity to carry 300 rescuees.

MSF/Juan Carlos Tomasi
The Dignity I has a crew of 18, including medical staff.

A psychological first aid team, composed of cultural mediators and a psychologist, can be deployed to different landing ports in Italy within 72 hours after receiving an alert of acute psychological needs.

“The number of people trying to cross the Mediterranean is likely to rise even higher in the coming weeks with the settled summer weather,” says Farias. “We need a strong operation to be able to assist them and prevent the Mediterranean turning into a graveyard.”