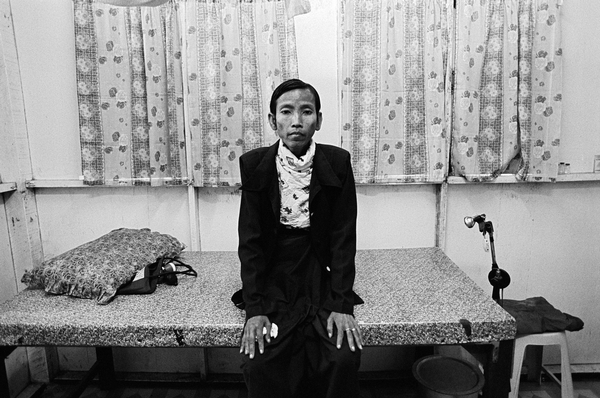 Myanmar: MSF calls for urgent treatment to save lives

In a report released today MSF, the largest provider of HIV treatment in Myanmar , highlights the critical need for increased HIV and Tuberculosis (TB), including multidrug-resistant tuberculosis (MDR-TB), treatment in the country.

According to the report, 85,000 people in urgent need of lifesaving anti-retroviral therapy (ART) in Myanmar are today unable to access it. Of an estimated 9,300 people newly infected with MDR-TB each year, so far just over 300 have been receiving treatment.

'Lives in the Balance' shows the devastating effect that the cancellation of an entire round of funding from the Global Fund to Fight AIDS, TB and Malaria, will have on the struggle to provide HIV and TB treatment in Myanmar. The cancellation of Round 11 means that there will be no foreseen funding to expand treatment for HIV or TB and its drug-resistant forms until 2014.

“Yet again, donors have turned their backs on people living with HIV and TB in Myanmar” said Peter Paul de Groote, Head of Mission, MSF Myanmar. “Everyday we at MSF are confronted with the tragic consequences of these decisions: desperately sick people and unnecessary deaths.”

Between 15,000 and 20,000 people living with HIV die every year in Myanmar because of lack of access to lifesaving anti-retroviral therapy (ART). TB prevalence in Myanmar is more than three times the global average and Myanmar is among the 27 countries with the highest MDR-TB rates in the world. MDR-TB has the same airborne transmission as non-resistant TB, but it is far more complex and lengthy to treat. As with non-resistant TB, perfectly healthy people can easily be infected with MDR-TB.

Time to treat is now

"Without increased availability of treatment, HIV and TB will continue to spread unchecked in many areas. The time to treat is now," said MSF’s Dr Khin Nyein Chan, "There is a real opportunity here; HIV prevalence rates in Myanmar are relatively low. It is lack of access to treatment that makes it one of the most serious epidemics in Asia.”

Myanmar, the least developed country in Southeast Asia, is one of the lowest recipients of Official Development Aid in the world.  With political reform being reciprocated by greater engagement from the international community, there is a real opportunity to put access to treatment for people living with HIV and TB at the top of donor priority lists.

Myanmar suffers from an underfunded state healthcare system. While there are promising efforts to increase the health budget, which MSF encourages to continue, it will be years before the country has a fully comprehensive healthcare system.

“I want to see the treatment be accessible for every patient in Myanmar. I want people to stay alive by taking treatment, like us” said Zaw Zaw a female 30-year-old MSF patient, whose husband and youngest child are also HIV positive and receiving ART from an MSF clinic.

“The maths is simple. Rapidly scaling up HIV and TB treatment now will prevent further transmission and save both lives and money.  Less people infected means fewer lives lost, and less people in need of treatment,” concluded de Groote.

“It is critical that donors help Myanmar ensure more patients across the country can receive treatment for HIV and MDR-TB.”