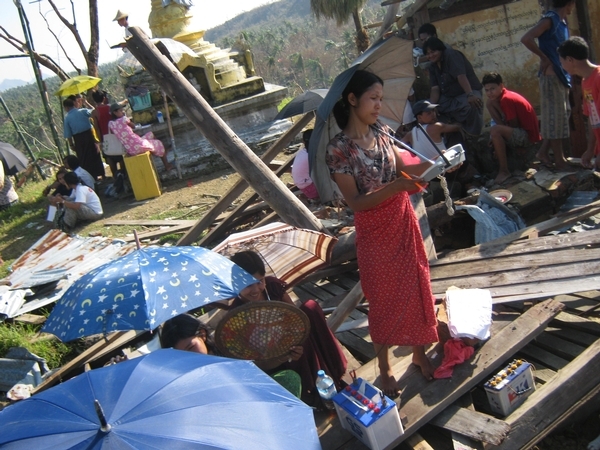 Myanmar: MSF prevented from reaching most communities affected by violence in Rakhine State

In addition, thousands of patients benefitting from longer-term primary health care programmes are cut off from medical services as many of MSF’s activities have been suspended since June.

In the past few days MSF teams, working together with the government and other international and national humanitarian organisations, have assessed the medical needs of thousands of people newly displaced by violence near the city of Sittwe and the surrounding townships. These joint teams have provided some food, water and emergency health assistance, but having lost their homes and resources many people are extremely vulnerable and their health status could deteriorate quickly.

Ongoing animosity, aimed partially at organisations like MSF wishing to provide assistance, makes it increasingly difficult to support the Ministry of Health to run already overstretched clinics and reach out to newly displaced communities.

“That we are prevented from acting and threatened for wanting to deliver medical aid to those in need is shocking and leaves tens of thousands without the medical care they urgently need,” says MSF’s Operations Manager Joe Belliveau.

The disruption also extends to MSF’s longer-term activities. The planned opening of a new health centre in Sittwe town to provide primary health care including AIDS treatment was postponed last week in the face of protests. Further, if disrupted drug supplies to MSF’s malaria treatment centers in the rural townships of Kyauk Taw, Minbya and Paletwa are not resumed quickly the number of untreated malaria cases will rise rapidly as the peak of the malaria season approaches.

In Rakhine State MSF has been running one of its largest medical programmes worldwide for nearly 20 years. Since 2005 MSF treated more than a million people for malaria, and provided primary healthcare, TB and HIV/AIDS treatment, and maternal health services. Its patients hail from all ethnic and religious groups in Rakhine.

But since the outbreak of violence in June MSF is operating at a fraction of its capacity due to access limitations largely stemming from threats and intimidation. Tens of thousands of long-term residents, previously receiving medical care, have gone without for months.

“MSF could do much more to assist the recently displaced, those already in temporary camps and longer-term residents who have been cut off from medical services for far too long but antagonism from some groups prevents us from doing so,” continues Belliveau.

MSF has worked in Myanmar's Rakhine State since 1994. Its medical activities focus on primary healthcare, with specific emphasis on reproductive health, malaria, HIV and TB.

In 2011, MSF conducted 487.000 consultations. Of these nearly 75,000 were treated for malaria and nearly 24,000 were related to maternal health. MSF has also been providing life-saving ART treatment to over 600 AIDS patients. MSF has around 300 employees in Rakhine, but due to the prevention of our activities job losses are inevitable.