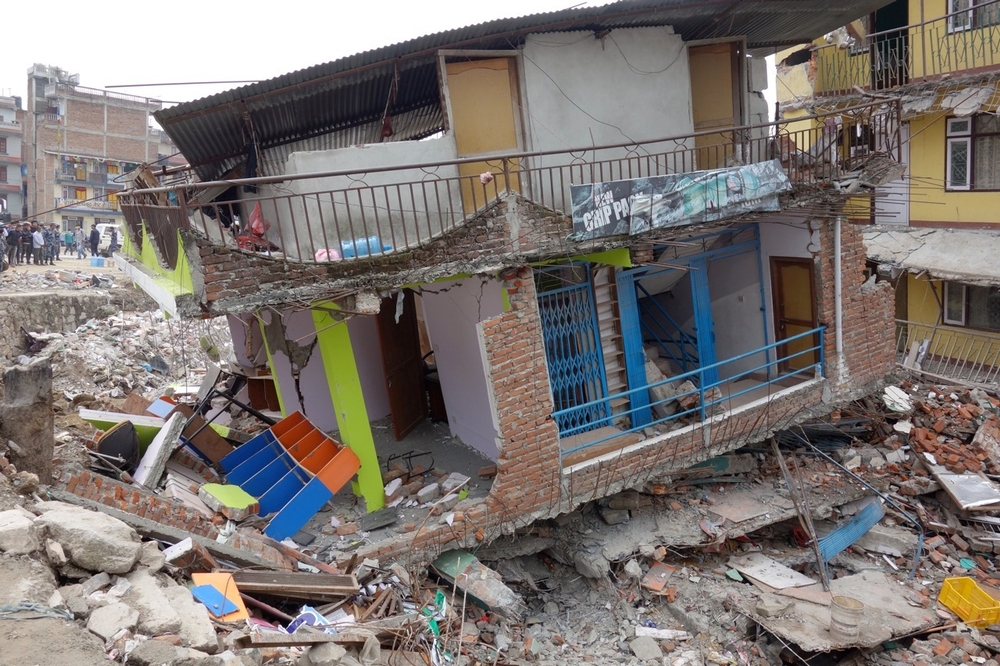 Nepal: "The window of opportunity to reach people in these areas is rapidly closing"

I left Delhi with two other colleagues at 11am on Sunday, but because of a strong aftershock that resulted in the evacuation of the airport, we managed to land only at 8pm after circling above the city for hours and being diverted to Delhi and back.

When we finally made it into the airport, it was utter chaos.

There were thousands of people trying to leave and hundreds trying to get in to provide relief. At 1am we were able to make it out with the medical supplies we had brought with us. 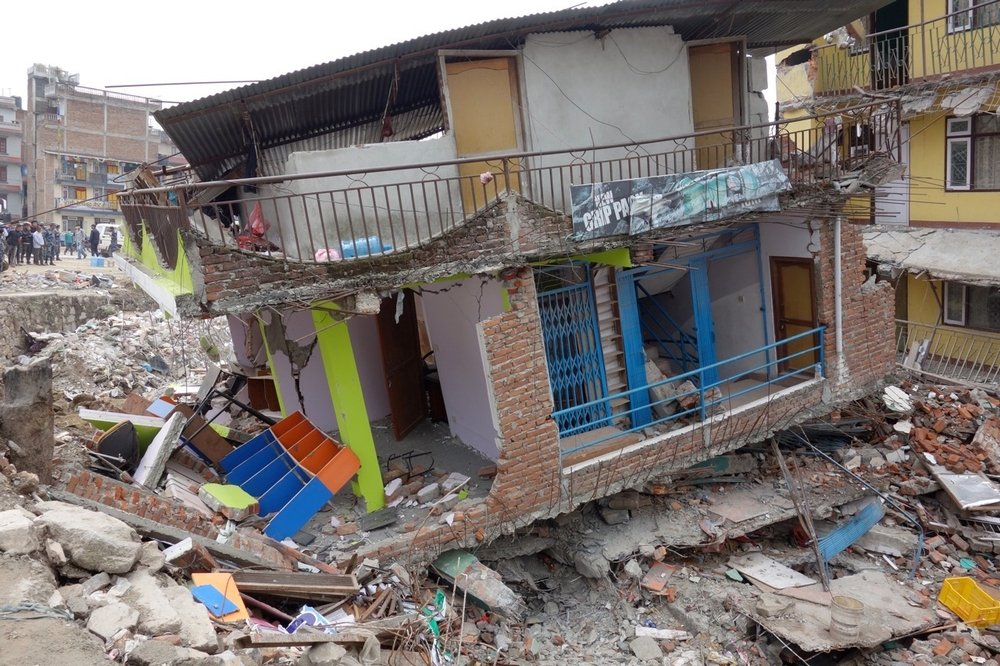 Knowing that it would be extremely difficult to get people and supplies in quickly through Kathmandu airport, four of our teams working in Bihar state in India had set out by road on Sunday morning with medical supplies, along with a truck carrying 1000 shelter kits, 500 hygiene kits and 500 family kits.

After some delays at the border, on Monday the teams and supplies were able to reach Gorkha, a town 200 kilometres north-west of Kathmandu and close to the epicentre of the earthquake. 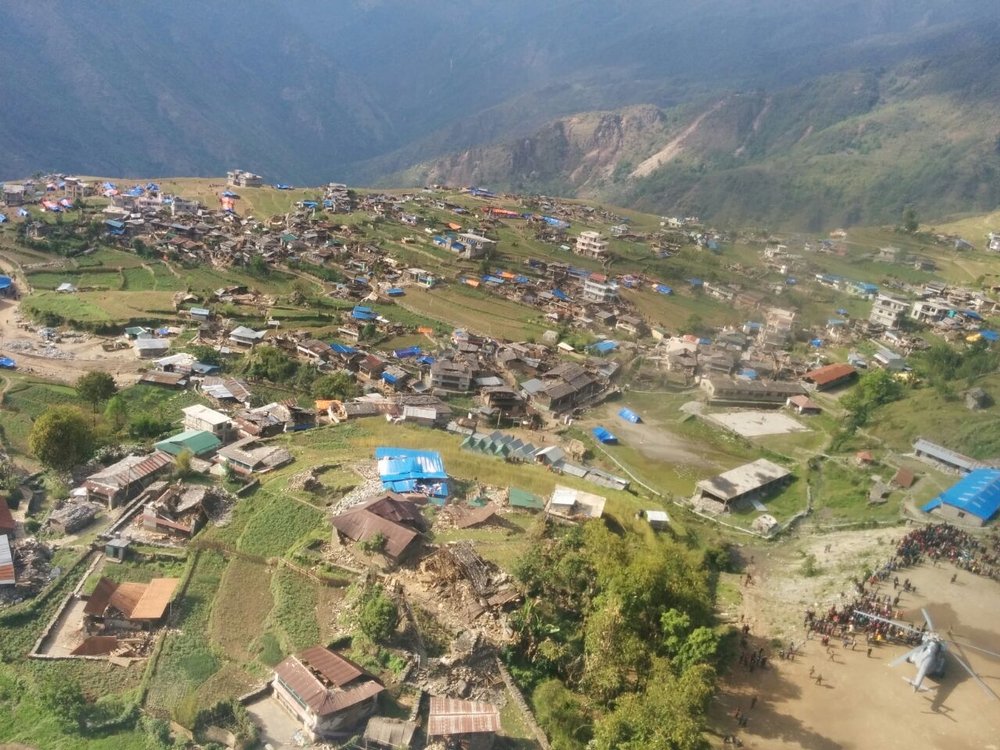 Aerial view of the destruction

On Monday morning we urgently tried to find a helicopter in Kathmandu and luckily we managed to find a pilot willing to fly us for three hours in the afternoon to do an aerial assessment of affected areas outside Kathmandu.

The devastation was clear.

We flew over districts to the east, north and west of Kathmandu and of around 65 villages we could see that at least 45 of them were either partially or completely destroyed.

We could see that people were staying in makeshift shelters, so it was clear that there would be a huge need for shelters, hygiene materials and cooking equipment. 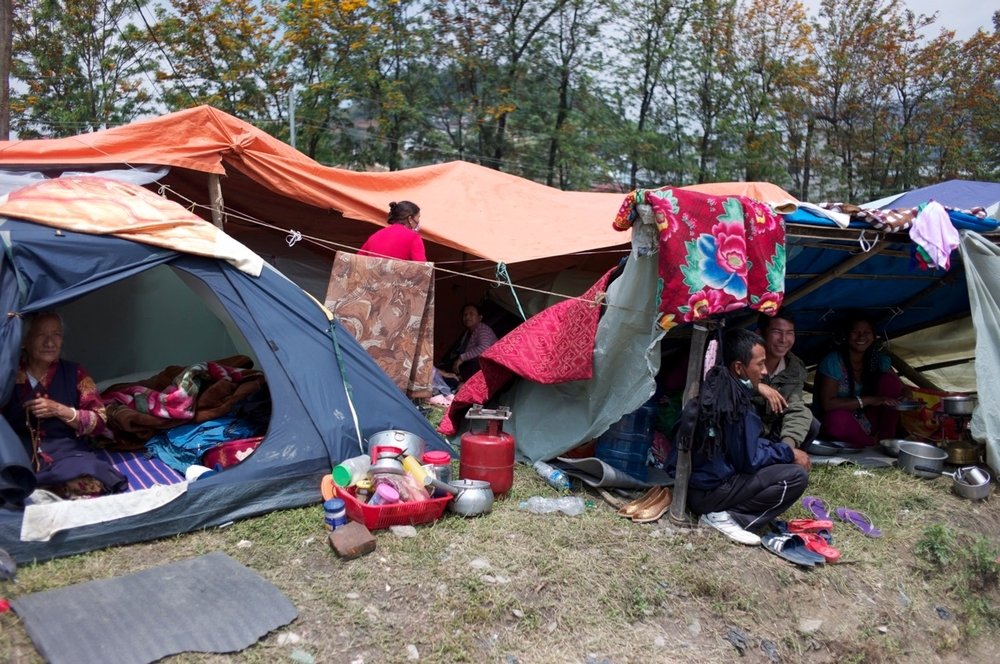 Jean-Paul Delain/MSF
Kathmandu has been relatively untouched by the earthquake but saw some buildings down. Some places are full of debris and people had to take refuge under shelters.

Kathmandu itself has experienced relatively low level destruction, with the vast majority of buildings and houses are still standing. However, many people are sleeping outside in tents and makeshift shelters as they are afraid to be inside due to aftershocks.

This is a concern given that the seasonal rains have begun and will only become heavier in the coming days and weeks.

The enormous pressure on hospitals in and around Kathmandu in terms of patients in need of life-saving or limb-saving surgery has passed, and people are now waiting for more minor or follow-up surgeries or treatment for regular illnesses.

We don’t yet have a full overview of the needs in the country because the hardest-hit areas are in the remote mountainous region outside Kathmandu.

It’s been difficult to get information and the extent of the damage and loss of lives in these areas is only starting to become clear. 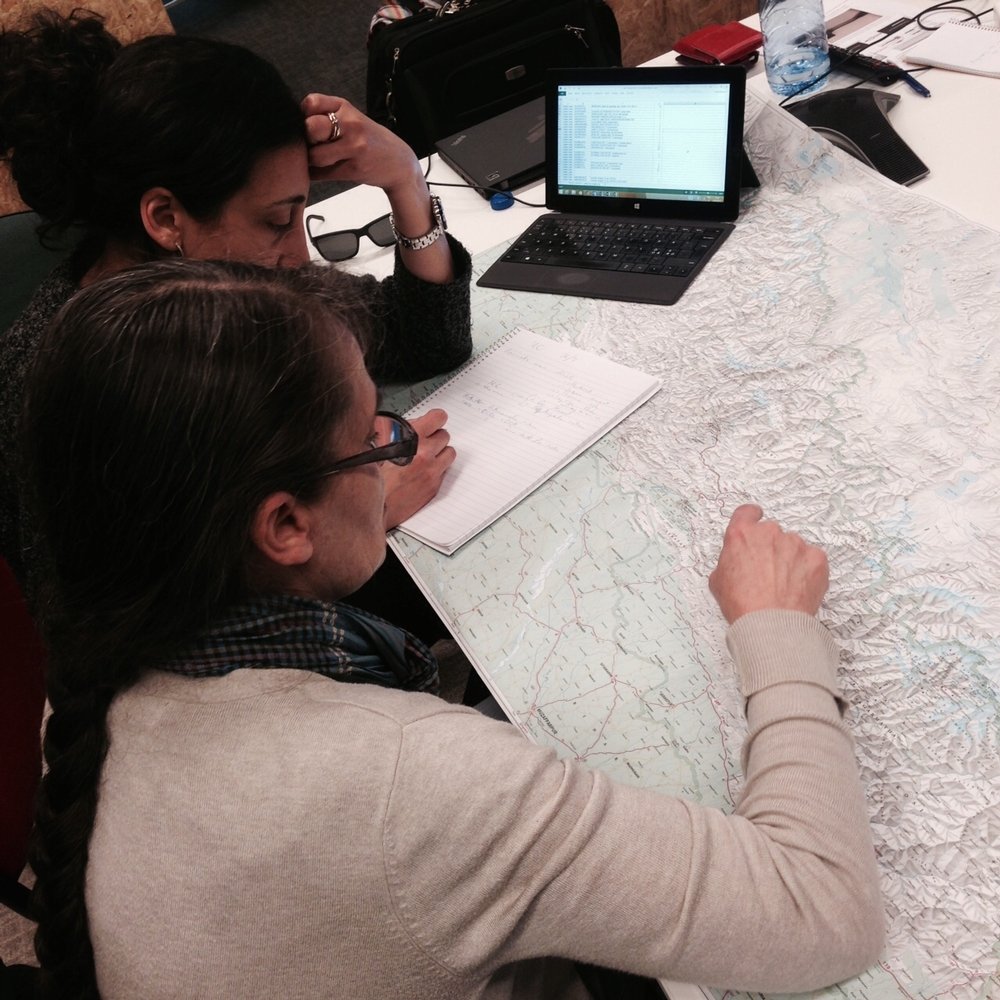 Sergio Cecchini/MSF
MSF team briefing before leaving To Nepal to assist people affected by the earthquake.
Transport is hard to find

There are many small villages spread out over a large area of very tough terrain. Even before the earthquake, these areas were difficult to access.

So now with many roads cut off because of avalanches and the risk of more landslides, the only way to get there is by helicopter.

And helicopters are in short supply, especially cargo helicopters able to transport tonnes of relief supplies.

Influx of aid in the aftermath of the earthquake

In the days since the earthquake there has been a huge influx of aid agencies and government relief teams from around the world.

The most important thing now is that the assistance reaches outside Kathmandu to the most affected areas.

So it’s a huge challenge logistically to get the necessary supplies in through the still congested airport and secure the air transport we need to be able to provide medical assistance and deliver shelter and relief materials to the people in most urgent need. 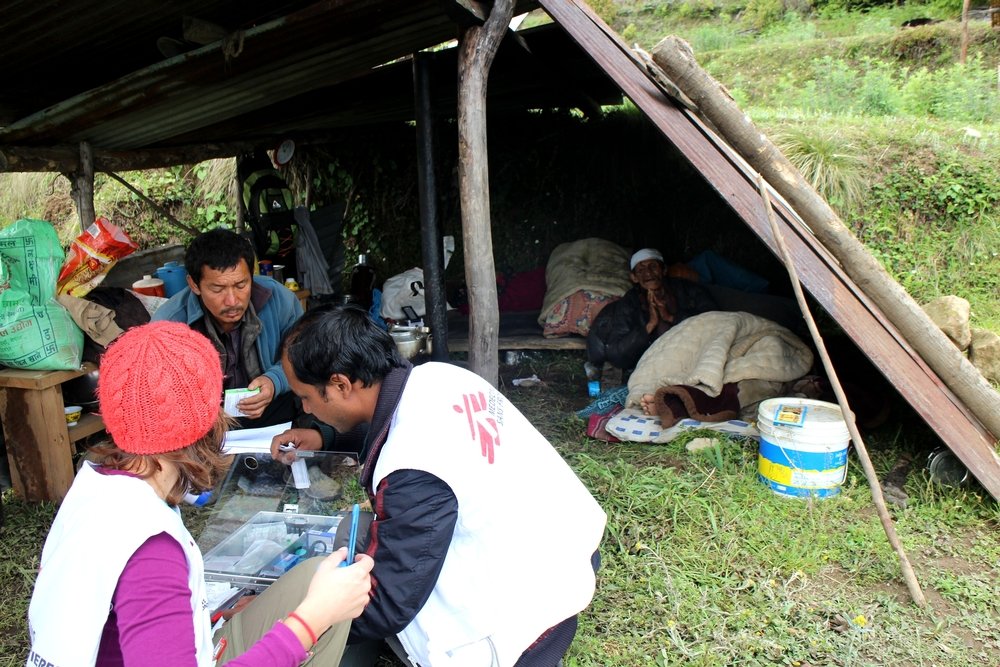 MSF
A 3 person MSF team began running mobile clinics by helicopter to remote villages in the mountains to the north of Kathmandu. Many villages have been completely or partially destroyed, and people are living under makeshift shelters.

MSF's work on the ground in Nepal

On Thursday we started running a mobile clinic by helicopter, visiting remote villages in the mountains north of Kathmandu.

Typically in the weeks following a natural disaster such as an earthquake, water and sanitation become critical issues and people can develop diarrhoeal diseases and respiratory infections because they’re living outside.

We need to increase the number of mobile clinics as quickly as possible and keep a close eye on communicable diseases such as measles and tetanus.

With the monsoon season approaching, we’re worried that the window of opportunity to reach people in these areas is rapidly closing.

Find out more about MSF's response to the Nepal Earthquake