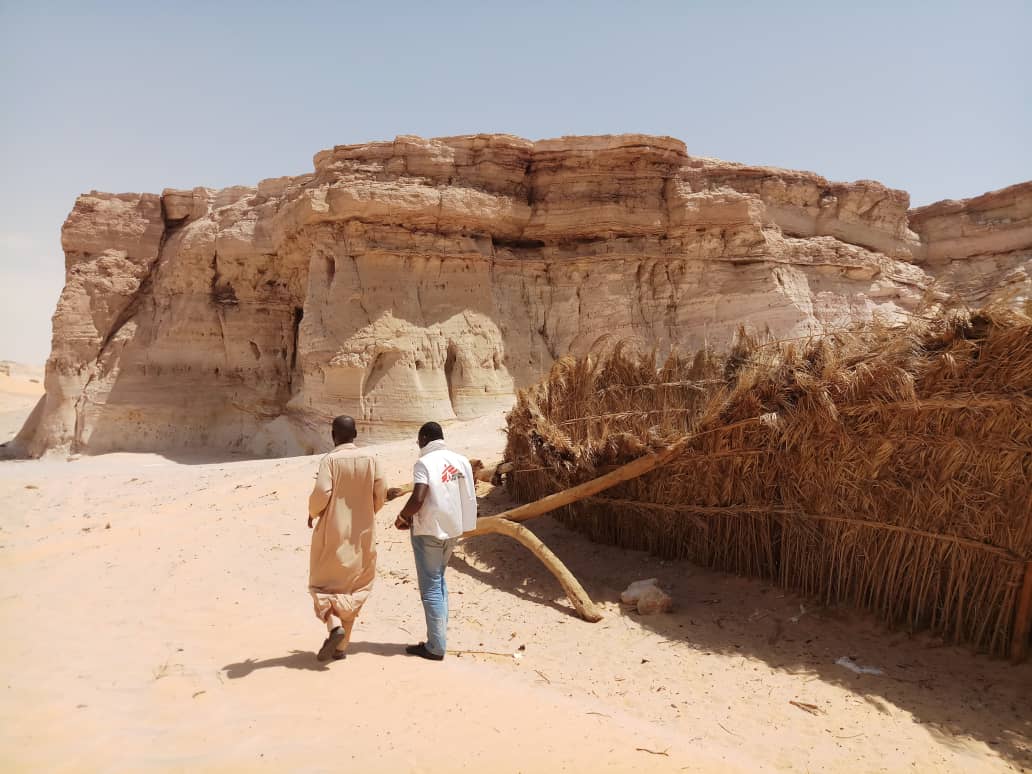 Niger: Interview on plight of people on the move in Agadez

Niger has been on Africa’s migration route for centuries, and particularly the Agadez region. In recent years, travellers heading north have been joined by thousands of people moving south, either expelled from Algeria or returning from Libya.

Far from stopping the flow of people, the recent criminalisation of migration by both European and non-European governments has significantly increased the vulnerability of people on the move, whether they are migrants, refugees, asylum seekers, traders or seasonal workers. Forced to avoid the usual routes, people are taking more dangerous ones – across the Ténéré desert and the Aïr Mountains – putting them at risk of exploitation and violence.

Project coordinator Aiva M. Noelsaint explains the humanitarian needs people are facing, what MSF is doing now and what we have planned for the future.

Why is MSF working in Agadez?

Last year, MSF decided to set up a project in the region to help alleviate the suffering of people on the move and vulnerable host communities.People trying to leave or who have recently returned – either voluntarily or forced – are often subject to multiple deprivations or to violence. At the same time, existing health facilities are overstretched and require additional support.

This is why we have been working alongside Niger’s Ministry of Public Health in Agadez since August 2018, doing our best to assist local people and migrants by distributing basic relief items and helping them get healthcare, with a focus on areas with a high concentration of people on the move. 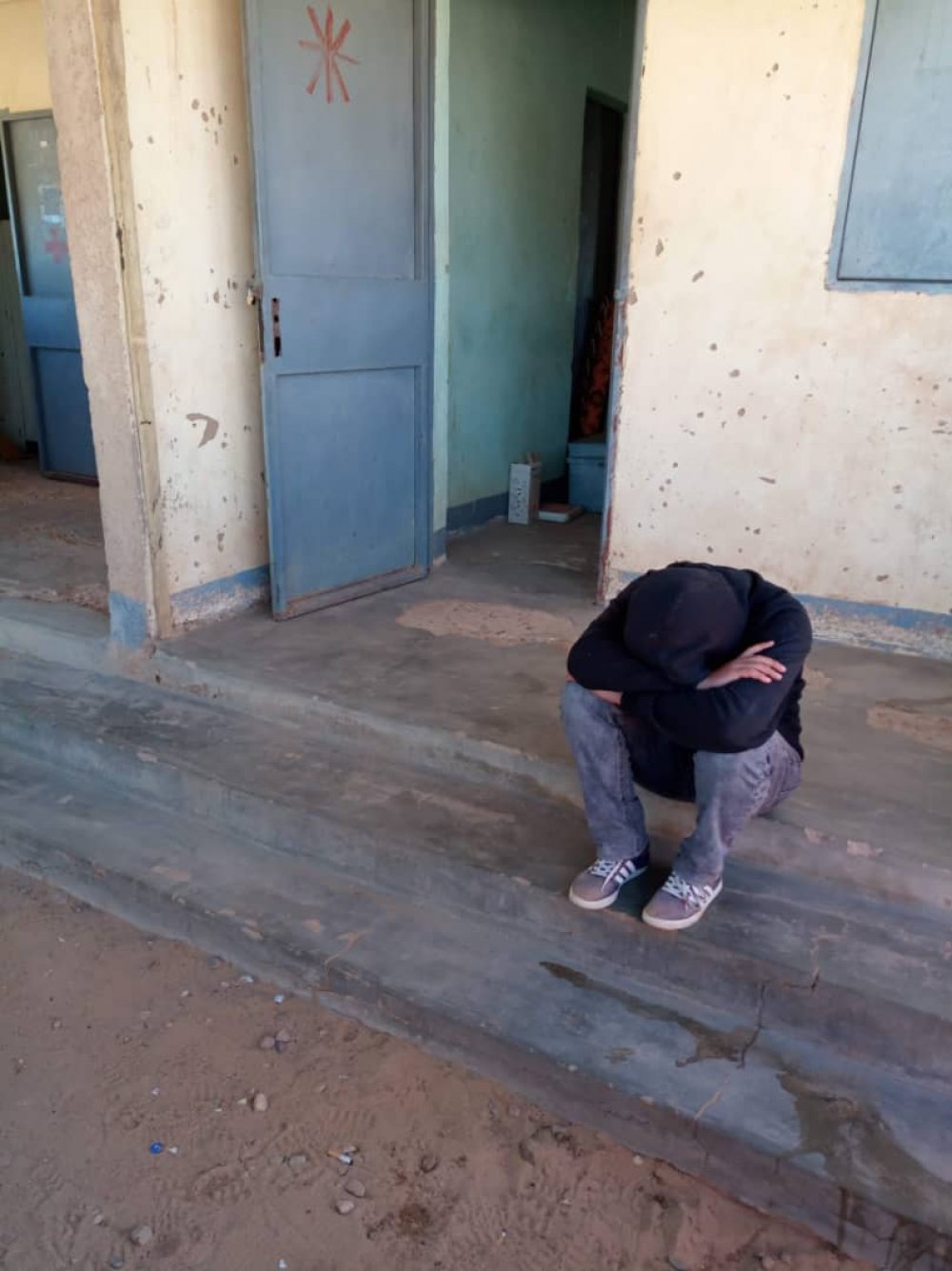 What is MSF doing both for people on the move and host communities?

People expelled from Algeria are either brought into Niger on official convoys or dropped near the border village of Assamaka, from where they have to walk around 15 kilometres to the village centre. They are usually exhausted and have nothing but the clothes they stand up in.

We give them high-energy biscuits, water and other essential items such as hygiene kits and blankets. We do a quick check to see if anyone requires immediate medical attention and refer emergency cases to health facilities. We also offer mental health support to everyone, and we have built showers and latrines in the area.

Elsewhere, in other key areas of the migration routes across Agadez region, we help people access free-of-charge and quality medical services. These are available to everyone, including local communities.

In Dirkou, our teams work in the guettos and maisons closes [where people engage in sex work]. We also provide lifesaving referrals to hospital for people needing specialised medical and surgical care as a result of accidental or violence-related trauma.

In the Agadez region, floods and outbreaks of diseases such as measles are a regular occurrence, so we follow the epidemiological situation and are ready to step in if needed – with vaccination campaigns and distributions of essential relief items for people affected by epidemics or natural disasters.

In August 2018 we provided relief kits in Iferouane, Assamaka and Dabaga, following the floods that affected those areas, and last April we carried out a measles vaccination campaign in Arlit.

We are exploring the possibility of launching search and rescue operations along the migration routes across the desert, to help those who become stranded for various reasons – because their vehicle has broken down or they have been abandoned there by people smugglers – and are at risk of death. We are developing this in collaboration with the community and other actors.

Evaluations are also underway in Tagharaba (also known as Tchibarakaten), a mining site between Algeria and Niger, some 500 kilometres from Arlit, to assess the medical needs of migrants and other vulnerable groups, such as minors, who are working there.

Who are all these people on the move?

People on the move are not a homogenous group: each person has different circumstances and different goals.

In terms of nationality, most come from Niger and other African countries such as Mali, Côte d’Ivoire and Guinea Conakry, but there are also Syrians, Yemenis, Iraqis, Bangladeshis (mostly expelled from Algeria or having left Libya) and people from elsewhere. They all have access to our services. 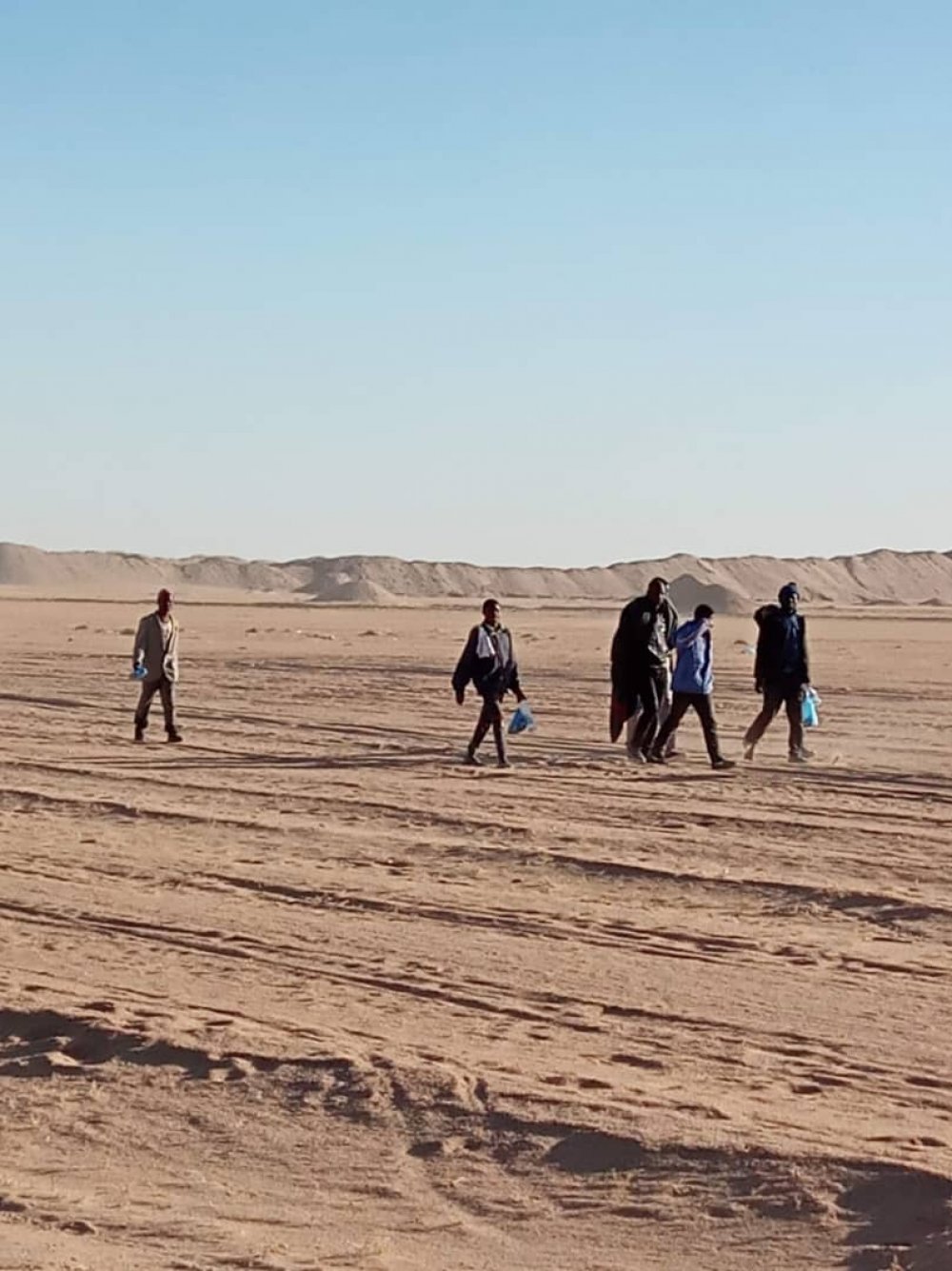 Their motives also vary: some are fleeing war, insecurity or persecution in their countries of origin or residence; some are on the move for economic reasons, including poverty and seasonal trade. Often these motivations are intertwined.

What is common to them all is the risk they face on their journeys of abuse, exploitation, violence and death in the desert. A worrying proportion report having already gone through unspeakable ordeals before arriving in Niger.

Some are in Agadez voluntarily, on their way to another country, for example returning to their country of origin from Libya. Others are here looking for work, such as in mines. Others, like those expelled from Algeria, have been forcibly brought to Niger, and are often suffering extreme fatigue, pain and infections.

Our mental health teams have treated people suffering from anxiety, depression and post-traumatic stress disorder as a result of arbitrary detention and inhumane treatment, including torture and rape. 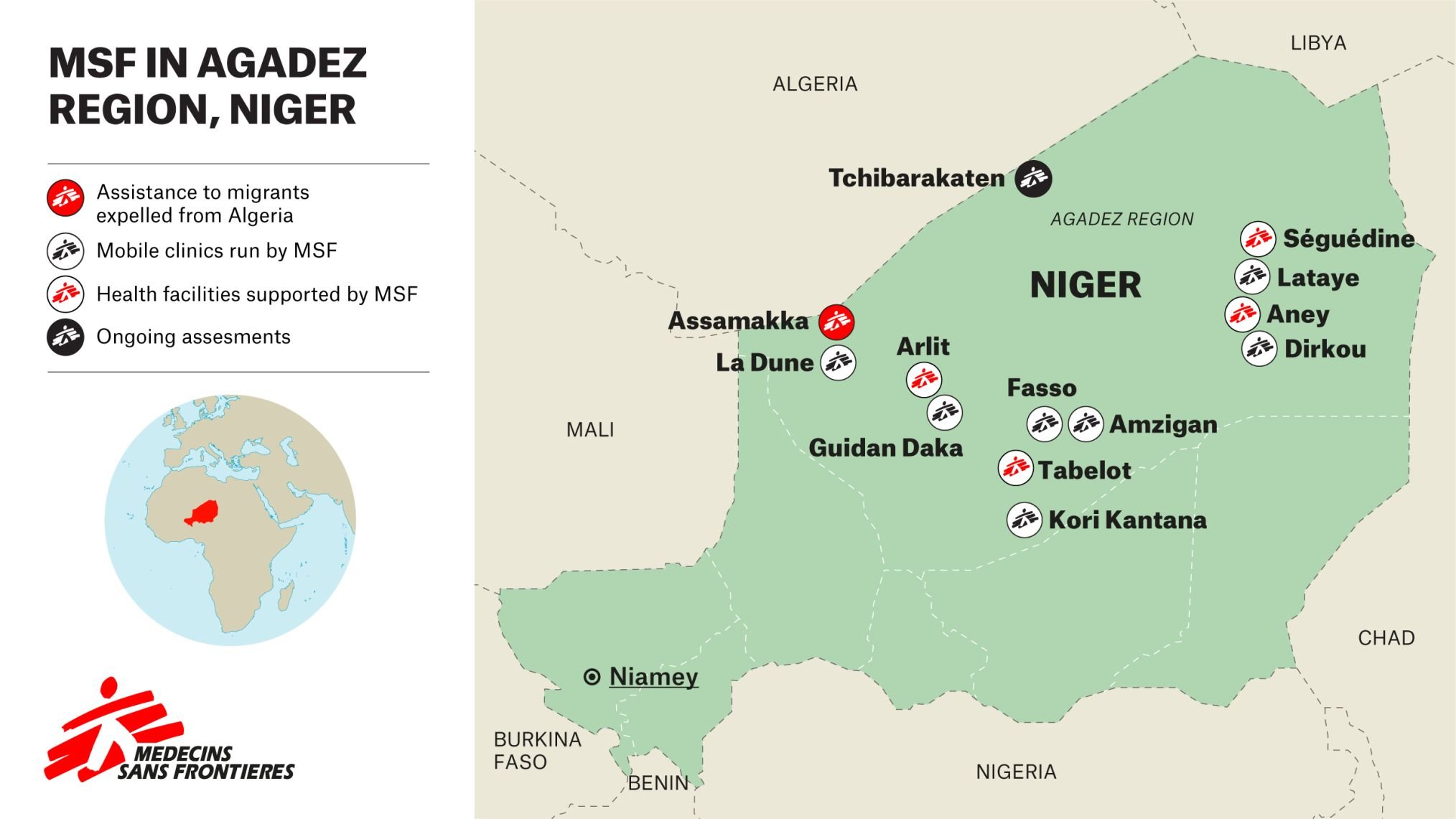 The final destination of the people on the move varies, from Algeria to Morocco and further afield, including Europe. We are seeing mostly men among those entering Niger one way or the other, but there are also children – accompanied by their parents or not – and women.

The women, whether they are migrants, refugees, asylum seekers or living in Niger, can be especially vulnerable, particularly if pregnant. In April, a woman from Niger arrived at one of the health posts we support, bleeding profusely. Her life was in danger.

Our team immediately organised an ambulance to take her to hospital. She ended up giving birth halfway across the desert, in the MSF vehicle, with the assistance of our medics. Both the woman and her baby survived and received the follow-up care they needed.

Can you describe the main humanitarian needs?

Imagine being dumped in the middle of nowhere with no food or water. You don’t understand the local language and have never been to Niger – or to any desert area.

Imagine that before being dropped at the border you were held in a detention centre with no information. 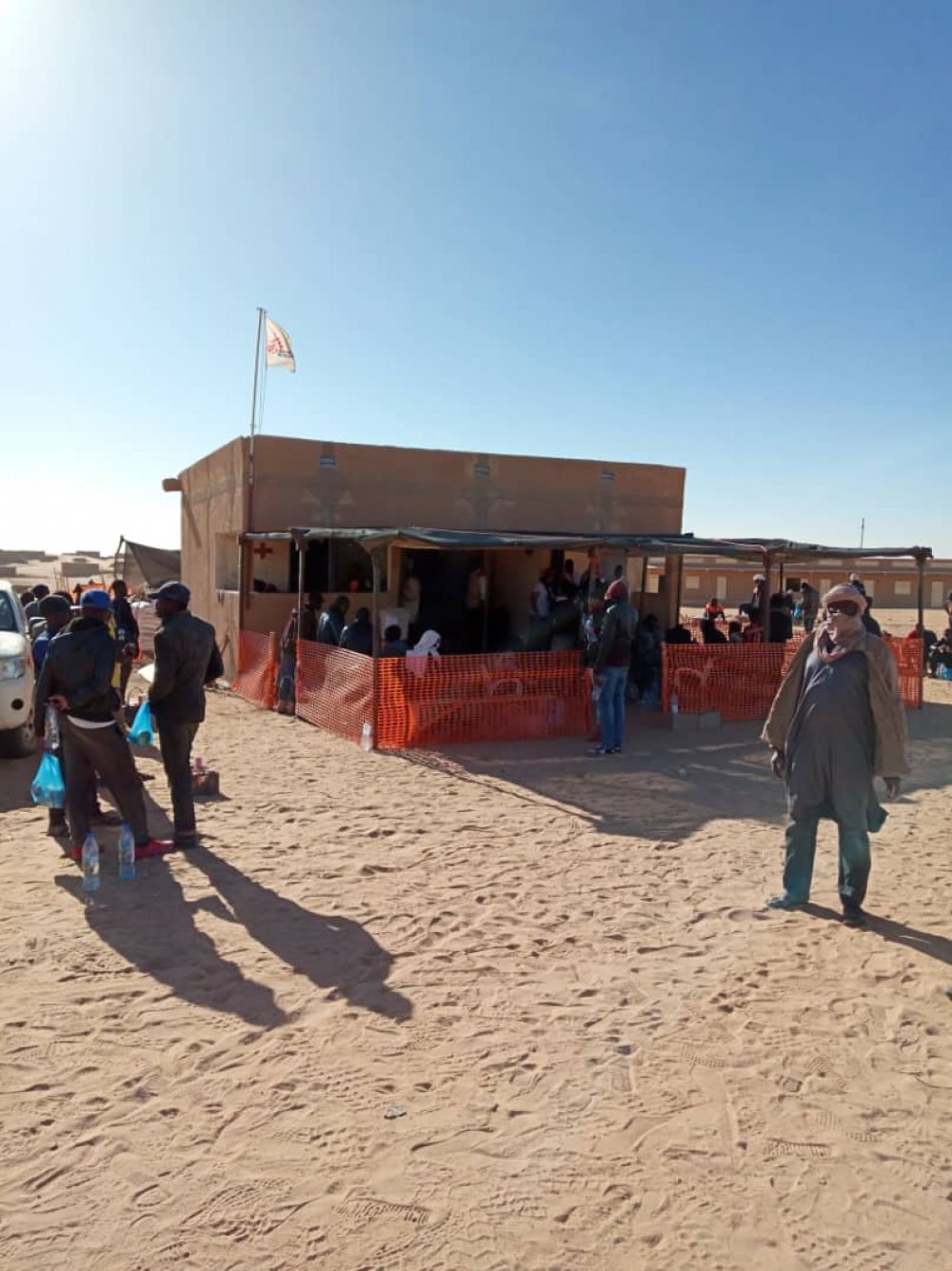 Imagine that you saw your relatives, friends or travel companions die on the journey – like the person who told us that 25 of his 30 travel companions had died after the truck that was transporting them broke down and nobody could help them in time. This kind of experience can leave people scarred for life, no matter how resilient they are.

On top of that, people on the move may spend days at a time unable to access food, water, a toilet, a shower or medical services. Financial constraints can also be troublesome, both in the short and medium term, and there are limited options to earn a living.

MSF will continue to provide medical and humanitarian assistance to the most vulnerable people in the Agadez region, alongside the Ministry of Public Health. Mobilising more organisations is urgently needed to fill the critical gaps, ensure there are adequate referral systems and prevent more avoidable deaths.

Migration is not a crime and should not be punished by neglect or through the implementation of policies that exacerbate existing vulnerabilities.

Since the beginning of the project, MSF teams in Niger’s Agadez region have distributed basic relief items to over 4,700 people expelled from Algeria. They have also provided more than 24,200 general medical consultations to people on the move and local communities across the region, almost 750 mental health consultations and 900 psychosocial group activities. Our teams have offered antenatal care to 1,680 women and assisted 250 deliveries.

Between January 2018 and February 2019, our teams in Niamey – another staging post on the migration route through Niger – carried out more than 5,000 medical consultations for people on the move.

MSF first worked in Niger in 1985. As well as helping people on the move and host communities in the Agadez region, we are currently striving to reduce child mortality, improve the quality of paediatric and maternal care, and help victims of violence and displaced people in the Diffa, Tillabéry, Tahoua, Zinder and Maradi regions. Our teams also respond to disease outbreaks, and support health authorities in improving immunisation coverage to protect against diseases such as cholera, measles and meningitis as needed.