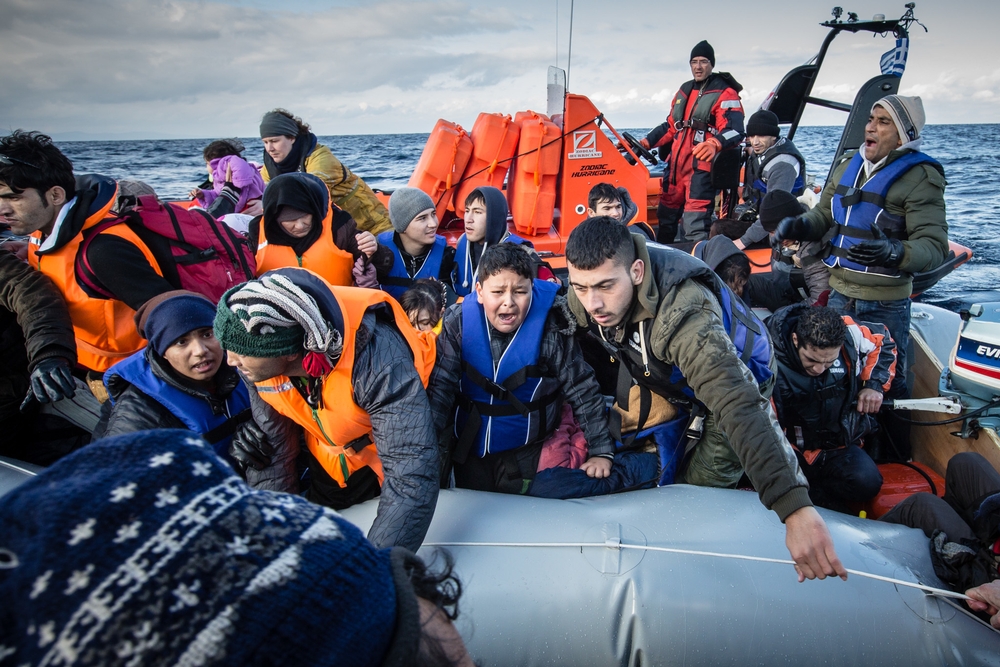 Médecins Sans Frontières (MSF) denounced the European Union’s catastrophic failure to respond to the humanitarian needs of refugees, asylum seekers and migrants in Europe in 2015 in a new report released today.

“Not only did the European Union and European governments collectively fail to address the crisis, but their focus on policies of deterrence along with their chaotic response to the humanitarian needs of those who flee actively worsened the conditions of thousands of vulnerable men, women and children,” said Brice de le Vingne, Director of Operations for MSF.

Through the testimonies of MSF staff and patients, as well as medical data collected over the course of 2015, the report titled “Obstacles Course to Europe” details the humanitarian consequences of Europe’s actions.

The report explains how Europe’s walls forced MSF and other humanitarian organisations to radically scale up activities at the entry points of Europe.

Never before has MSF had so many medical and humanitarian activities and staff in Europe.

Never before has MSF decided to mobilize search and rescue ships to save lives at sea.

The Med turning into a mass grave

“The fact that people are searching for safety and a better life in Europe is not a new phenomenon”, continued de le Vingne .

“On the contrary, it is one which we have been familiar with for many years but early in 2015, with the Mediterranean turning into a mass grave, we decided we could not look on from the shore."

"In 2016, European countries must take stock of the human cost of their decisions, assume their responsibilities and learn from their mistakes.”

Click on the image to download a PDF of
'THIS IS NOT A GAME: The life and death obstacle course to Europe'

"Europe has done an atrocious job"

The report describes the obstacles the EU and European governments placed in the way of more than one million people, most of them fleeing war and persecution:

Europe has done an atrocious job.

Gabriele François Casini/MSF
The top deck of the wooden boat assisted by MSF and MOAS on June 6, 2015. The boat carried more than 500 people, mainly from Eritrea, all crammed in its very confined space. The navy ships on the horizon are part of the forces intervened to assist the five wooden boats involved in the rescue operation.

"People will continue to risk their lives"

Having conducted more than 100,000 medical and mental health consultations, MSF collected a dramatic and representative overview of the consequences of these obstacles on people’s health, both mental and physical.

"We continue to call for a safe passage and urge Europe to stop playing with people’s lives and dignity,” says Aurelie Ponthieu, MSF’s Humanitarian Advisor on Displacement.

“This crisis is far from over and assistance remains completely insufficient in Italy, Greece and the Balkans”, continues Ponthieu.

“During 2015, European states tried to find policies to protect their borders from vulnerable people. We hope that in 2016 there will be no more need to protect these people from European policies”.

Read about MSF's response to the European refugee crisis