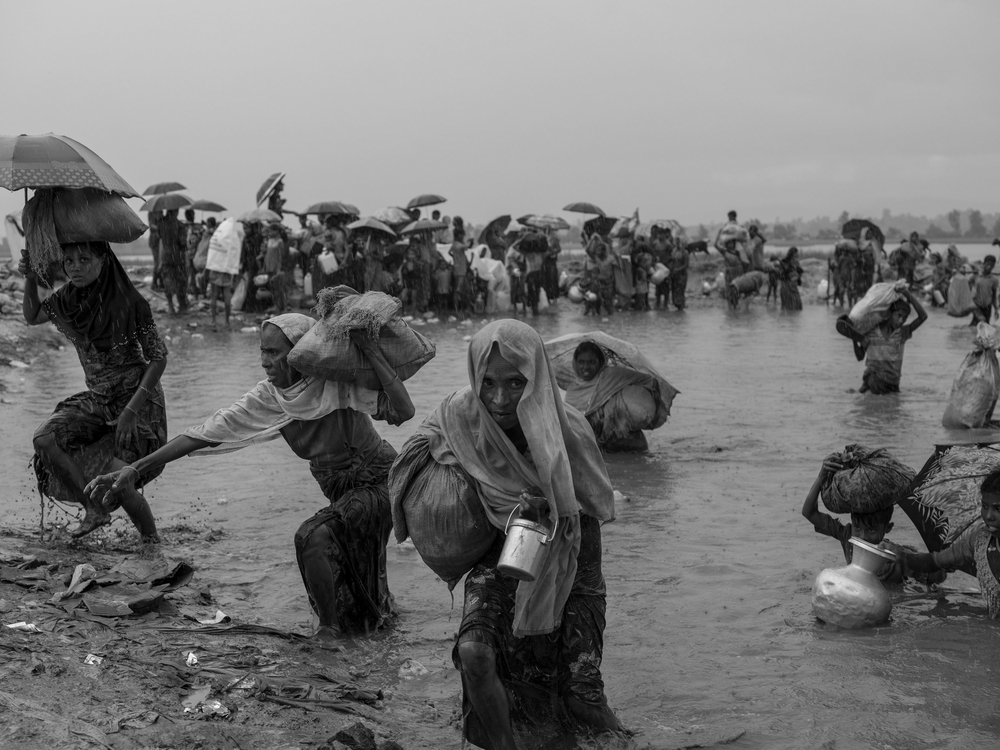 Rohingya crisis: "No One Was Left"

In the early hours of August 25, 2017, the Myanmar military launched “clearance operations” in Rakhine state, ostensibly in response to coordinated attacks by Rohingya armed groups on Border Guard Police outposts.

This resulted in an estimated 688,000 mainly Rohingya people from Rakhine state fleeing to Cox’s Bazar in neighboring Bangladesh over the past six months. The speed and scale of displacement has resulted in a critical humanitarian emergency. The new arrivals have settled alongside those displaced during earlier cycles of violence and persecution, bringing the total number of Rohingya in Bangladesh to more than 900,000.

Médecins Sans Frontières (MSF) has gathered accounts from a number of patients from different areas of Rakhine state describing widespread violence targeting the Rohingya—including raids on houses and villages, random and indiscriminate shootings, the deaths of relatives or neighbours after being shot or stabbed, dead bodies littering their escape route, widespread destruction and sexual violence.

In November 2017, MSF conducted a total of six health surveys in Cox’s Bazar district, which aimed to quantify the scale of the emergency by assessing factors including the levels of mortality over time. Using the most conservative figures, at least 6,700 Rohingya are estimated to have been killed, according to the surveys. The findings have now been collected in a new report:

no one was left: violence against the rohingya in myanmar>

The report provides the clearest picture yet of the widespread and targeted violence against the Rohingya that began on August 25. MSF also routinely collects accounts from refugees who recently arrived in Bangladesh to better understand the circumstances of their flight and the patterns of violence to which they have been exposed.