8th June, 2022- Somalia and Somaliland are facing one of their worst droughts in decades, following four poor rainy seasons and a locust invasion that was sweeping across the Horn of Africa. Severe water shortages and dry pastures have decimated livestock, affecting the livelihoods of Somali pastoralist communities. As crops fail and food prices rise, the ability of people to stave off hunger has weakened. 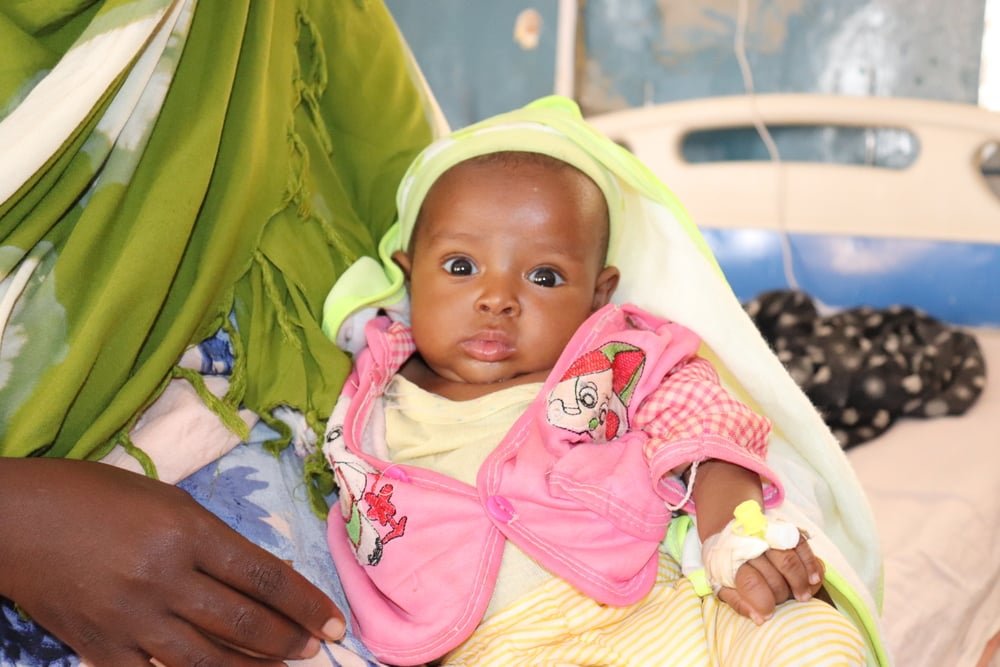 Dahir Abdullahi/MSF
Yasmin Ibrahim, 5-months-old, has been admitted with measles at MSF supported Bay regional hospital in Baidoa, Somalia. (May, 2022).

The drought and continuing insecurity have forced hundreds of thousands of people to move from rural areas and settle in urban centres in the hope of finding food, clean water, shelter, and healthcare. Many people have also sought refuge in camps for internally displaced people, where there is a lack of toilets, hand washing stations and clean drinking water.

At the Médecins Sans Frontières (MSF) projects in Baidoa, Mudug, Jubaland, Hargeisa and Las Anod, patients have shared with us how they need humanitarian assistance to survive. Many people have described to us their very challenging journeys in search of assistance. These journeys can include walking for more than 20 days, or up to 150 kilometres, and losing family members while on the move. 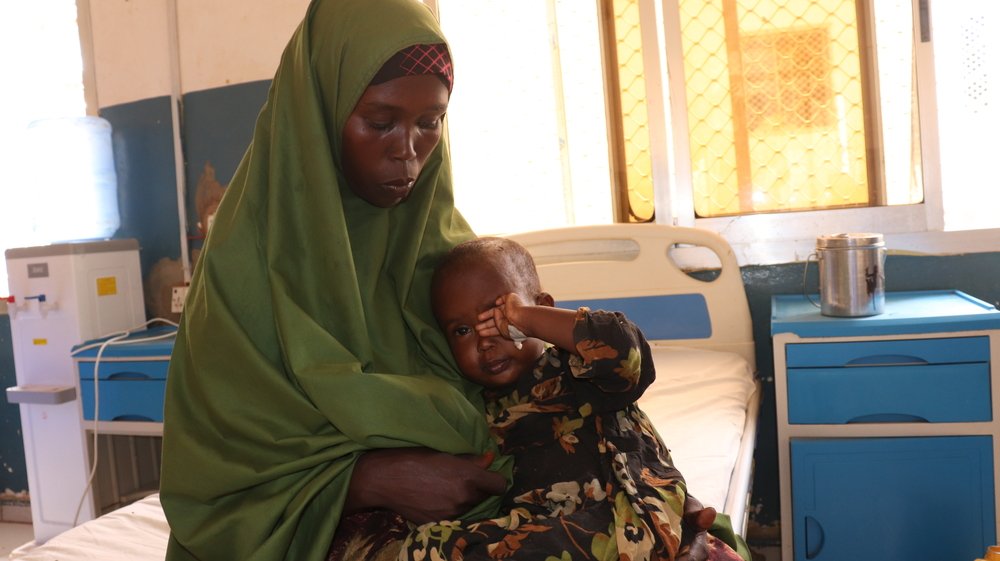 Dahir Abdullahi/MSF
Sadiya Abdikadir, 3-year-old from Nimole IDP camp, has been diagnosed with measles and admitted in MSF supported BRH hospital. (May, 2022).

“For 20 days we walked while carrying our children,” says a 75-year-old man who recently arrived at a camp in the Lower Jubba Region with his extended family. “We did not have a donkey to carry our children, so it took us 20 days to reach here. Our donkeys died because of the drought, and we had no money for a car. We came to Lower Juba because we heard that families who lost their livestock could get assistance.”

"For 20 days we walked while carrying our children, we did not have a donkey to carry our children, so it took us 20 days to reach here."

For many people, getting to a camp has not guaranteed that they receive food, water, and shelter. MSF staff spoke to 60 people in several camps and most of them described not having access to safe drinking water. 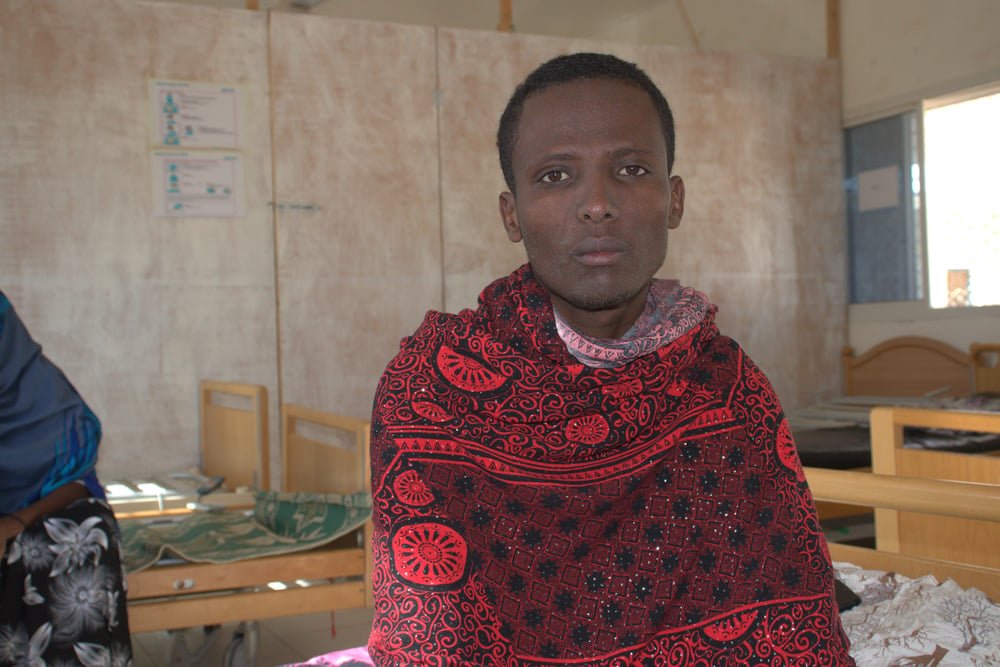 “We walked for eight days, around 120 to 150 kilometres,” says a 65-year-old woman currently living in a camp for displaced families in Afmadow. “Our livestock had died in the drought. We heard that an organisation is distributing food in the camps in Afmadow. I was registered but have not received anything. I am waiting, everyone is waiting.”

The drought is in addition to the decades of conflict, recurrent climate shocks, frequent disease outbreaks, and increasing poverty that have been affecting Somalis. 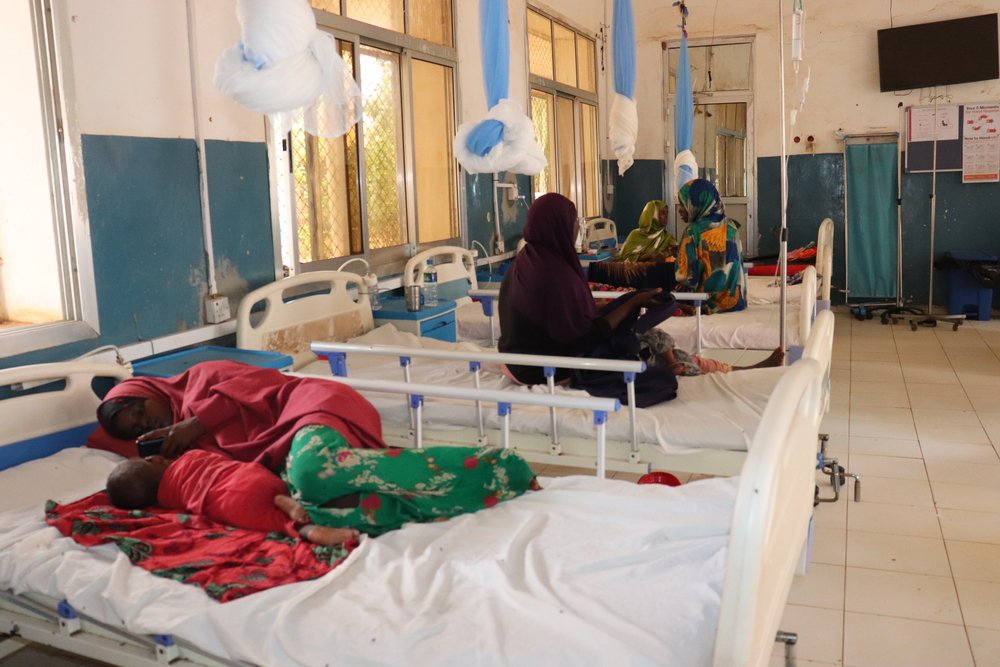 Dahir Abdullahi/MSF
Measles patients in BRH isolation ward where they're receiving treatment. (May, 2022).

While the drought worsens, Somalis are also battling a huge measles outbreak. Common and preventable diseases, such as measles and diarrhoea, have been leading causes of death among children in Somalia and Somaliland. Widespread water scarcity and food insecurity are creating the conditions needed for these diseases to spread fast.

“Already we are hearing stories of desperation, with some people telling us they have faced the impossible choice of leaving one child to die, to save others”

“Somalis are facing a series of crisis, one after another.” says Djoen Besselink, MSF’s country representative in Somalia. “Already we are hearing stories of desperation, with some people telling us they have faced the impossible choice of leaving one child to die, to save others.”

MSF teams have seen close to 6,000 suspected measles cases between the beginning of the year and mid-May in multiple hospitals across Somalia and Somaliland. 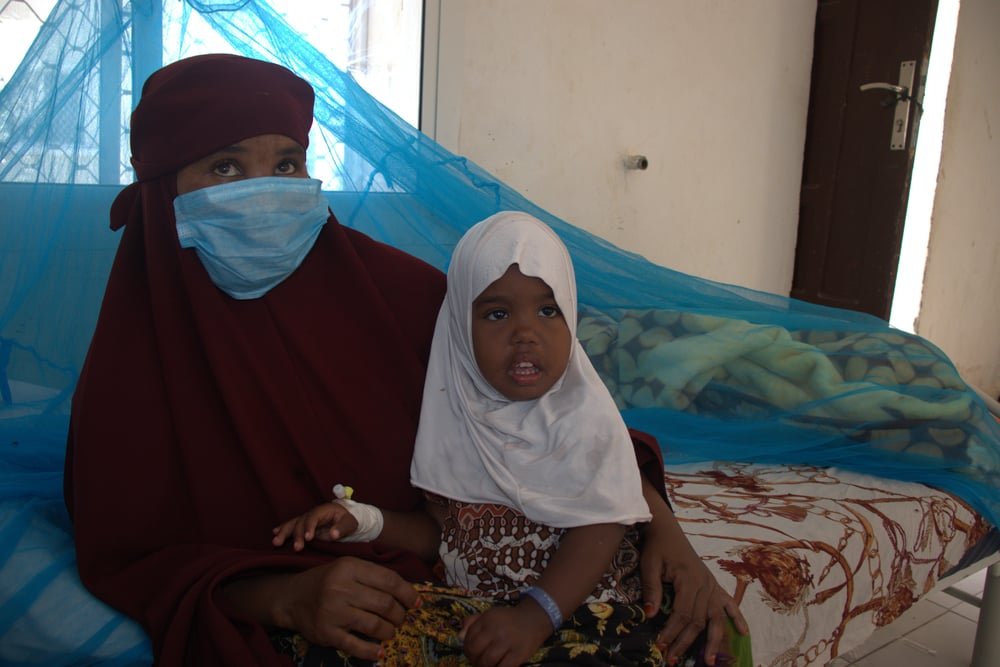 Vaccination rates among children in Somalia are among the lowest in the world, and this has been exacerbated in the last few years as COVID-19 and insecurity have hampered efforts to provide routine vaccination to children under the age of five.

"Somalis are facing a series of crisis, one after another"

“In February, the hospital we support in Baidoa already treated more than 2500 children with measles since the start of the outbreak,” says Bakri Abubakr, MSF’s Programme Manager in Somalia. “Our 20 outpatient therapeutic feeding centres around Baidoa admit between 700 to 1,000 children per week,” says Bakri.

Children are three times more likely to die from cholera

Baidoa also recorded its first cholera cases in April 2022. Children are three times more likely to die from cholera. Poor conditions in the overcrowded informal settlements across the city are creating the opportunity for a fast spread of the disease.

“Our 20 outpatient therapeutic feeding centres around Baidoa admit between 700 to 1,000 children per week”

Baidoa, a city of some 130,000 people, is currently hosting more than double its own population of displaced people, with many families living in the overcrowded settlements.

Even though MSF’s response is not far reaching, our teams are already seeing extremely distressing signs of acute malnutrition among children.

Lack of healthcare services and difficulty accessing many places because of insecurity have challenged our ability to evaluate the overall nutritional status of people in the region. 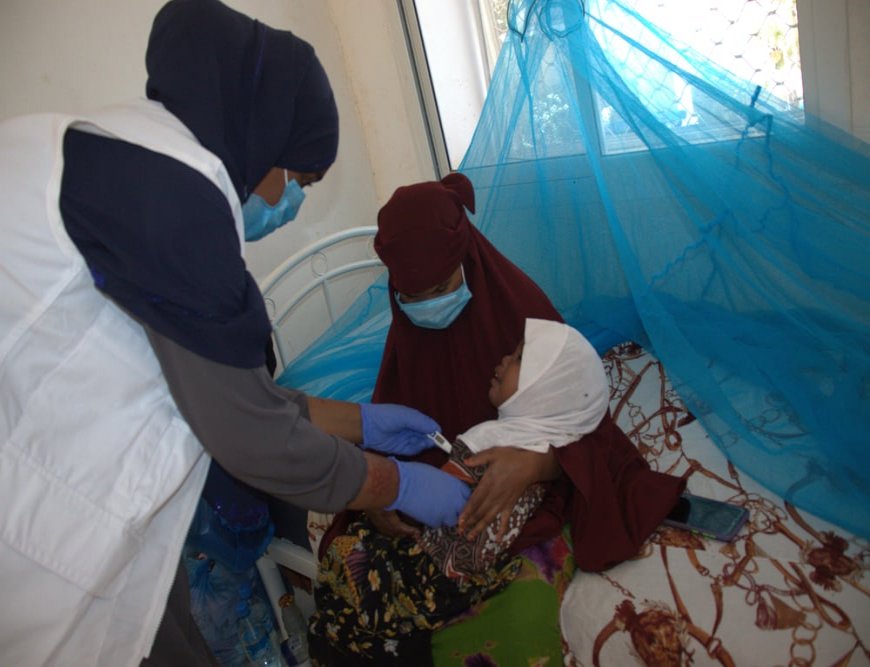 Dahir Abdullahi/MSF
A Nurse attending to a child with measles in Las Anod General Hospital (LAGH) in Las Anod. (March, 2022).

“In one week alone, we admitted almost 1,000 children to our outpatient therapeutic feeding programme in 20 different centres around Baidoa city,” says Bakri. “Thirty per cent of the children were severely acute malnourished, indicating that we are far into an acute emergency.”

“In one week alone, we admitted almost 1,000 children to our outpatient therapeutic feeding programme in 20 different centres around Baidoa city”

As more people move to urban areas to seek assistance, the limited public services available are being severely stretched. In Baidoa, the arrival of huge numbers of displaced families and the rising cases of cholera and malnutrition are straining the already struggling healthcare facilities in city.

“People find themselves caught in a downward spiral, which without a swift and sustained response will continue to exact a heavy toll on Somalis,” says Besselink.