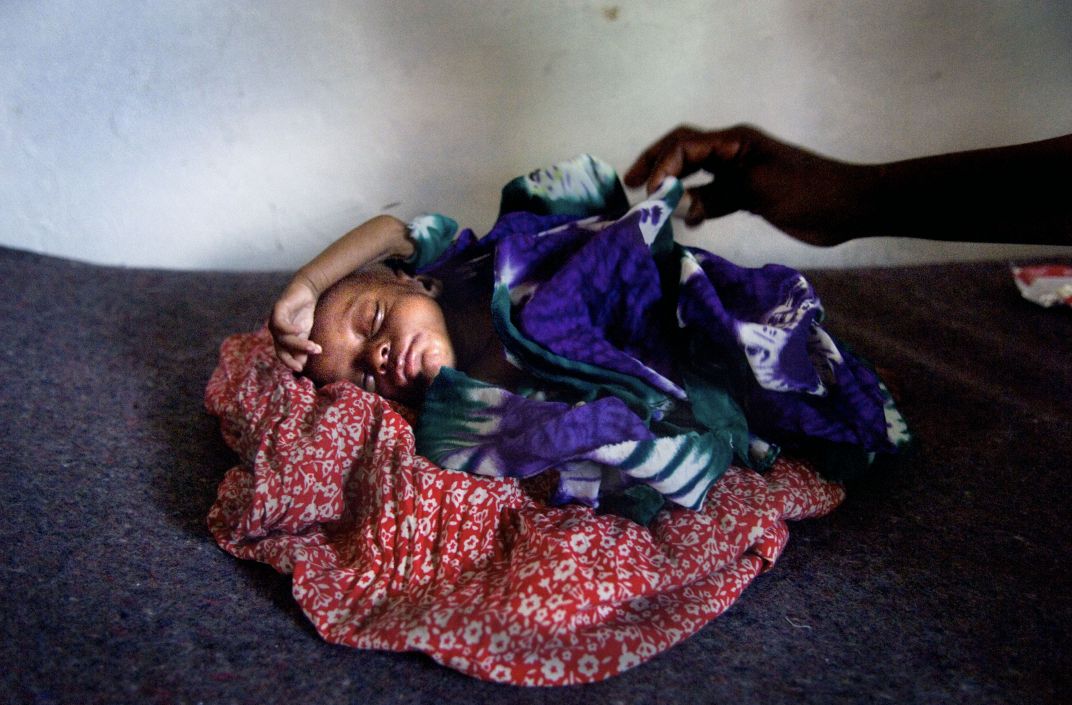 MSF is currently battling outbreaks of cholera and measles in and around the town of Marere in southern Somalia.

Marere and the surrounding villages of Jilib, Keytoy and Osman Moto are host to around five thousand displaced Somalis, who have fled conflict and drought elsewhere in the Horn of Africa country.

A baby at MSF
A baby at MSF
However, just like in all other places where it is active in Somalia, the organisation finds itself limited in its intervention methods and freedom to operate, and fighting the outbreaks is proving an uphill battle.

Hundreds of thousands of Somalis have been on the move within the country and crossing the borders fleeing the humanitarian crisis that started earlier this year.

Civil war, violence, lack of development, lack of relief assistance, and the current drought have made these people extremely weakened, and malnourishment and opportunistic infections are rife.

Cholera and measles are typical opportunistic diseases that occur in places where people gather who are weakened and malnourished, whose immune systems are low, where clean drinking water is scarce and sanitary conditions insufficient.

“Since the outbreak of the measles epidemic among the displaced people, we managed to treat over 150 cases,” said Silvia Colona, MSF Project Coordinator for Marere.

“Ideally we would do mass vaccination of all children in these villages. That is the only way we know to stop an epidemic among vulnerable people.

"Until now, this has not happened; if the authorities grant us the possibility to do mass vaccinations amongst the children in the affected locations, we can prevent an epidemic and many unnecessary deaths.”

MSF is opening a cholera treatment unit and a measles treatment centre close to the displaced people’s camp at Jilib to respond to the increase in the number of cases.

Over the past few weeks, more than 80 cases of cholera have been treated, more than enough to set the alarm bells ringing.

Cholera being highly infectious, patients have to be kept in isolation. MSF is also preventing further infections by hygiene promotion and chlorination of water wells.

This week, MSF also distributed relief items to the displaced people in Jilib. Blankets, buckets and cooking pots were handed out to over 1600 households that are lacking the most essential items.

MSF has worked continuously in Somalia since 1991 and currently provides free medical care in eight regions.  Over 1,400 Somali staff, supported by approximately 100 staff in Nairobi, provide free primary healthcare, surgery, treatment for malnutrition, as well as support to displaced people through health care, water supply and relief items distributions in nine locations in South- and Central-Somalia.

MSF is also providing medical care to Somali refugees in Kenya and Ethiopia.