South Africa Unrest: Supporting overstretched health centres and vulnerable communities in the aftermath of the violence

After a week of unrest in the KwaZulu-Natal and Gauteng provinces, people still feel the effects of the violence with many vulnerable communities – particularly informal settlements – reporting difficulties in accessing food and health care. Despite calm returning, health facilities are still struggling due to increased caseloads.

Over 270 people were reported killed in riots and looting that also disrupted access to crucial healthcare services, food, fuel and other essentials.

Trucks, stores and shopping malls were burned and looted, as well as 90 pharmacies and some medical centres.

Long-standing inequality, high levels of poverty, an unemployment rate of over 30 per cent and the devastating economic fallout from a year of successive COVID-19 lockdowns, have left millions of South African residents desperate and disaffected.

During the violence, some hospitals and health centres were forced to close while others became unreachable for staff and patients.

Many short-staffed hospital emergency departments became overwhelmed by a surge in trauma patients.

"Over 270 people were reported killed in riots and looting that also disrupted access to crucial healthcare services, food, fuel and other essentials"

In Johannesburg, MSF teams assessed multiple areas affected by the violence and provided nurses with trauma experience to the emergency rooms of a clinic in Alexandra and a hospital in Vosloorus. 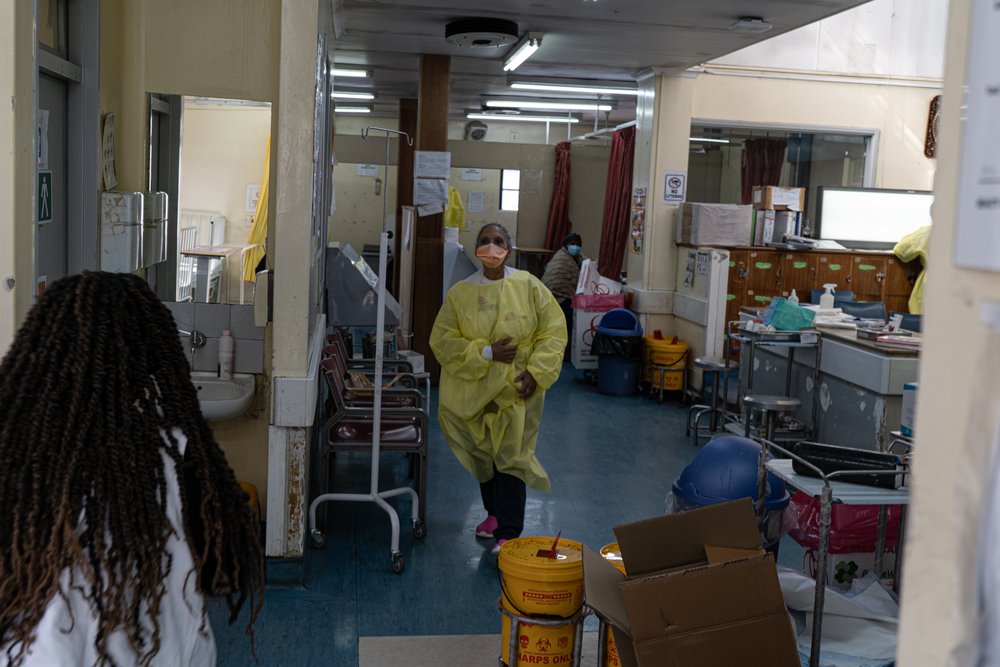 “Our goal was to enable these overstretched facilities to better cope with the increased volume of trauma cases while some nursing staff where unable to reach the facilities. We expect that as health facilities reopen and a sense of stability returns, an additional wave of patients will go to health centres for treatment they delayed during the unrest as well as to refill prescriptions for chronic conditions, such as HIV, TB, hypertension and diabetes,” says Aruna.

In KwaZulu-Natal province, in Pietermaritzburg, MSF provided oxygen concentrators on loan to a local hospital from our long-running project in Eshowe to ensure that severe COVID-19 patients were adequately supported. 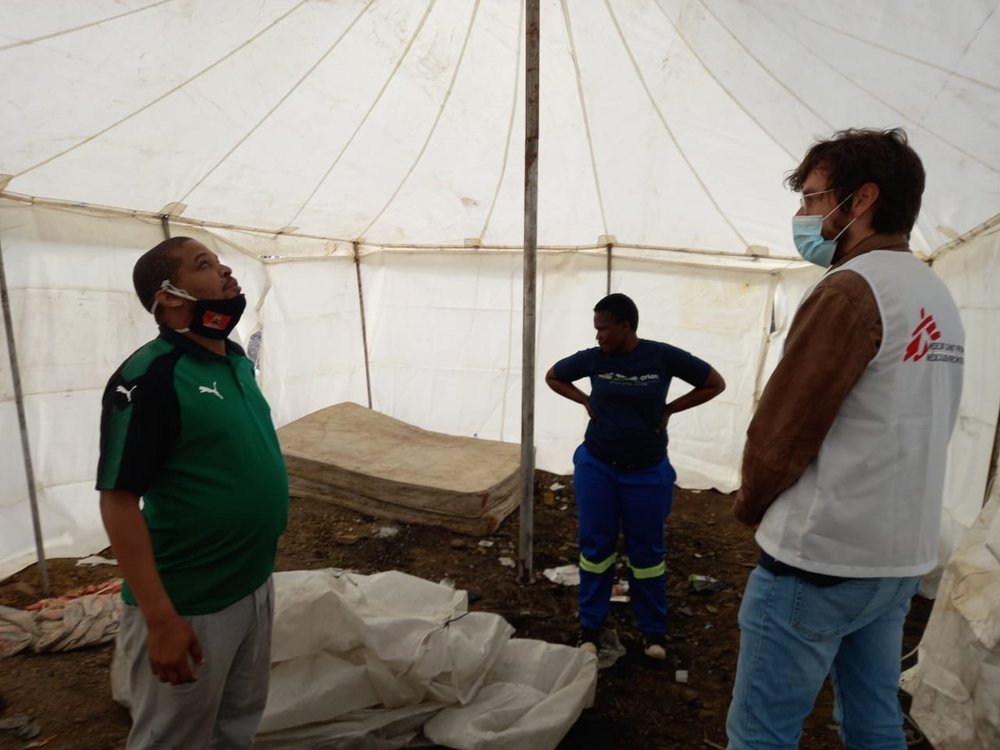 MSF
In KwaZulu Natal, an MSF team offered medical assistance and donated a tent, blankets and other essentials to a community after a fire destroyed their homes in Briardene, Durban.

At this hospital, the competing priorities of simultaneously treating an influx of trauma cases and severe COVID-19 cases put severe strain on the overstretched capacity.

Days after the violence many patients were still receiving treatment for violent injuries, thus occupying intensive care unit beds that can not be allocated for critical COVID-19 cases.

In Durban, MSF teams have also been providing support directly to the Briardene informal settlement since 18 July.

“Around 250 families lost their homes and belongings in fires that gutted the corrugated iron informal settlement during the week of the unrest. Mothers and young children were forced to sleep in the open, and the community had difficulty accessing food. Many people were unable to reach medical care due to insecurity, or due to the fact that some clinics had closed,” explains Adeline Oliver, MSF emergency team nurse. 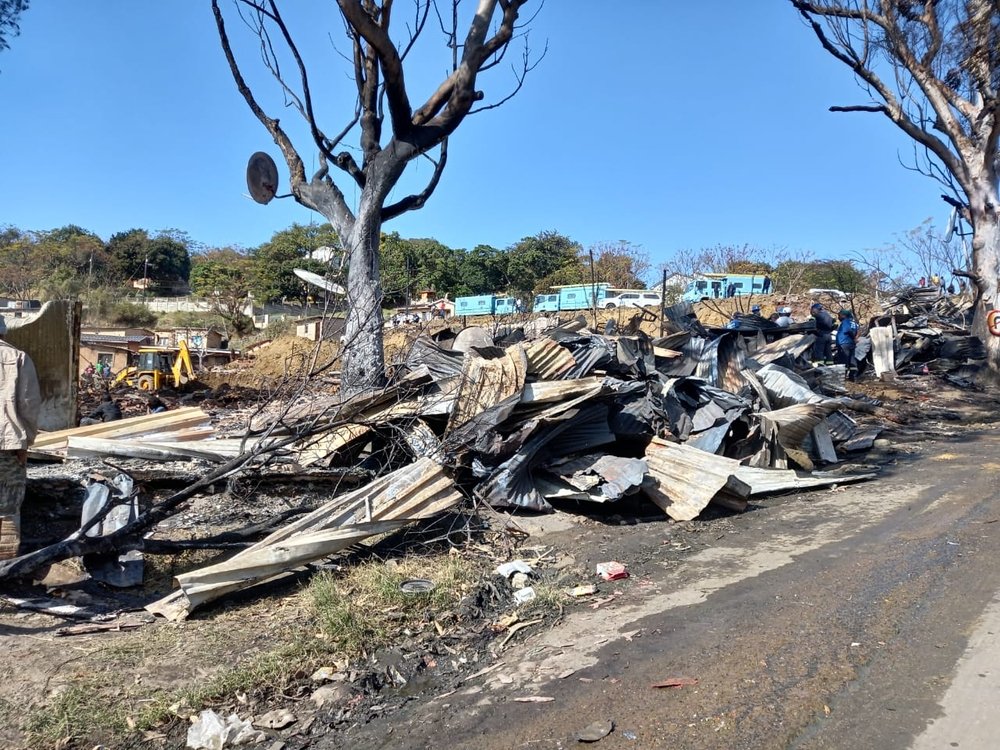 MSF
In KwaZulu Natal, an MSF team offered medical assistance and donated a tent, blankets and other essentials to a community after a fire destroyed their homes in Briardene, Durban. South Africa unrest.

MSF’s team set up a tent to provide emergency shelter in the informal settlement and distributed 600 blankets, 250 hygiene kits, and other essentials.

“Four of the first ten patients we treated in the informal settlement in Durban had suffered trauma injuries -- three of these injuries were due to violence and we set up a station where we could dress wounds. As we continued working in the community we saw patients affected by smoke inhalation from when the fire was raging and they were trying to salvage their belongings. We also found that there are significant unmet mental health needs in the community,” says Oliver. 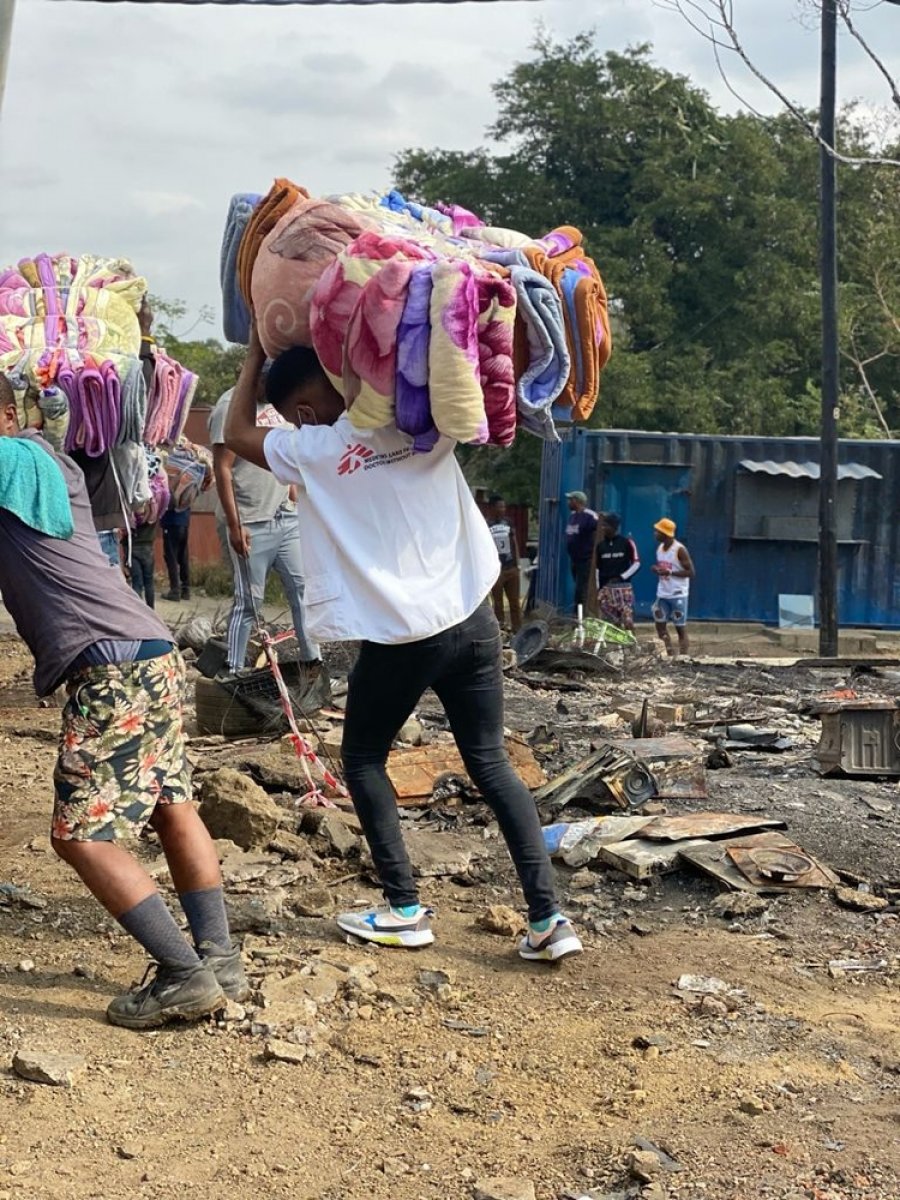 MSF
In KwaZulu Natal, an MSF team offered medical assistance and donated a tent, blankets and other essentials to a community after a fire destroyed their homes in Briardene, Durban.

MSF will continue to offer independent and impartial health services in Briardene for the remainder of this week.

Our assessment of health gaps in KwaZulu-Natal is ongoing.