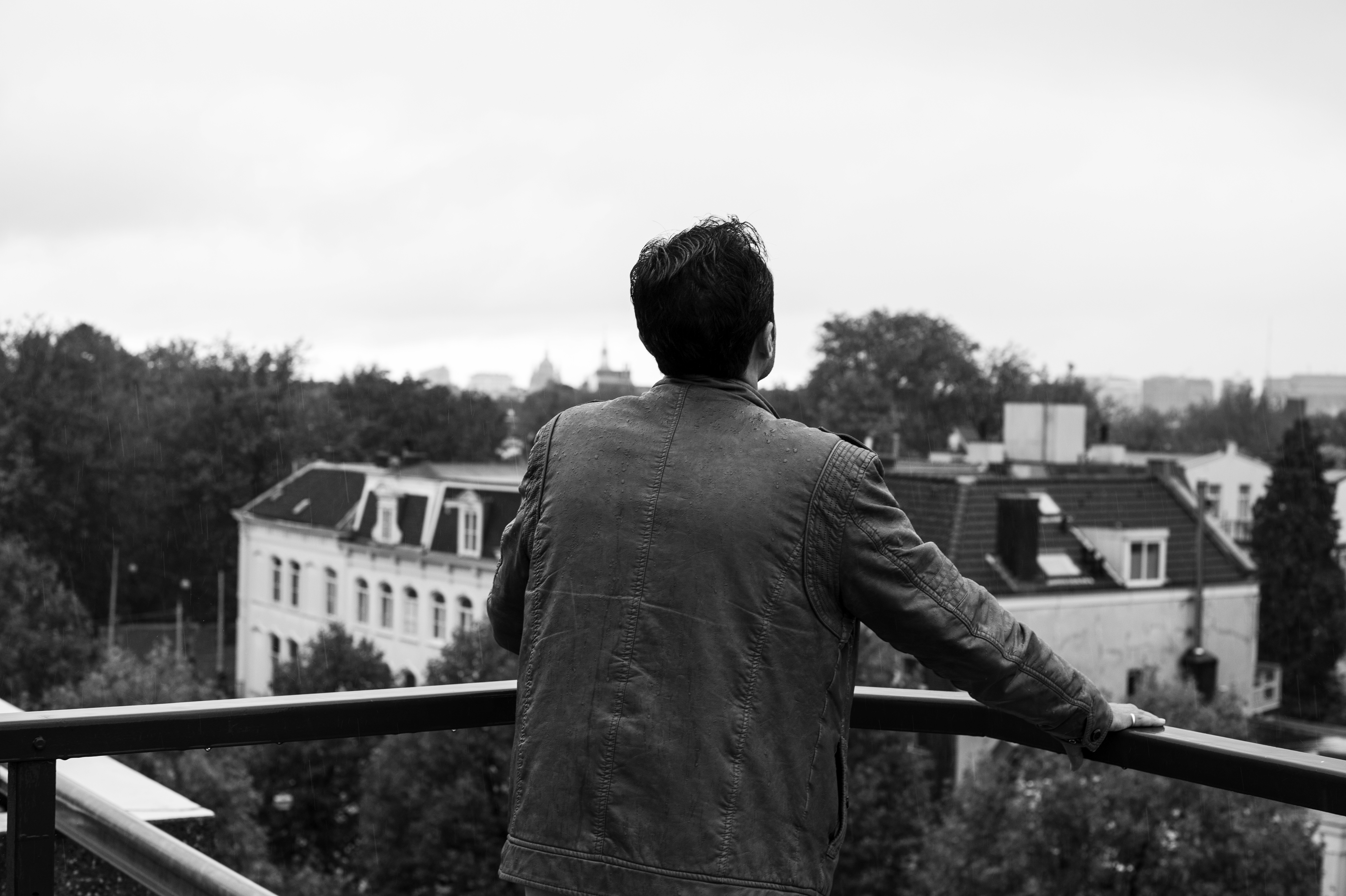 Syria | “Life in Raqqa was terrifying"

Dr Marwan worked with Médecins Sans Frontières (MSF) in Tal Abyad, northern Syria. After refusing a job offer from Islamic State of Iraq and Syria (ISIS) militants, he knew his life was in danger, and made the hard decision to leave for Europe.

“I was a paediatric doctor in Syria, married with two children. We lived in Raqqa, now known as the stronghold of the Islamic State of Iraq and Syria (ISIS).

I ran a private clinic in a poor area of the city, as well as providing free healthcare to displaced people who had fled there from Homs and Aleppo.

In April and May 2013, there was an upsurge in fighting, airstrikes and random shootings. The Free Syrian Army (FSA) had gained ground in Raqqa, and the city was being bombed every day by government forces.

One day I was standing with a neighbour outside my clinic when he was shot in front of my eyes. That was when I decided to close the clinic – it was just too dangerous.

One week later, a barrel bomb hit a nearby mosque and at the same time completely destroyed my clinic. Thankfully, no one was in the building at the time.

It was then I heard that MSF was conducting interviews for a planned vaccination campaign in Tal Abyad [100 km north of Raqqa]. After two days I heard that I had got the job.

Meanwhile a string of opposition groups was taking it in turns to control Raqqa: first it was the FSA, then Al Nusra, and by the end of 2013, ISIS had appeared and was trying to take over the area. 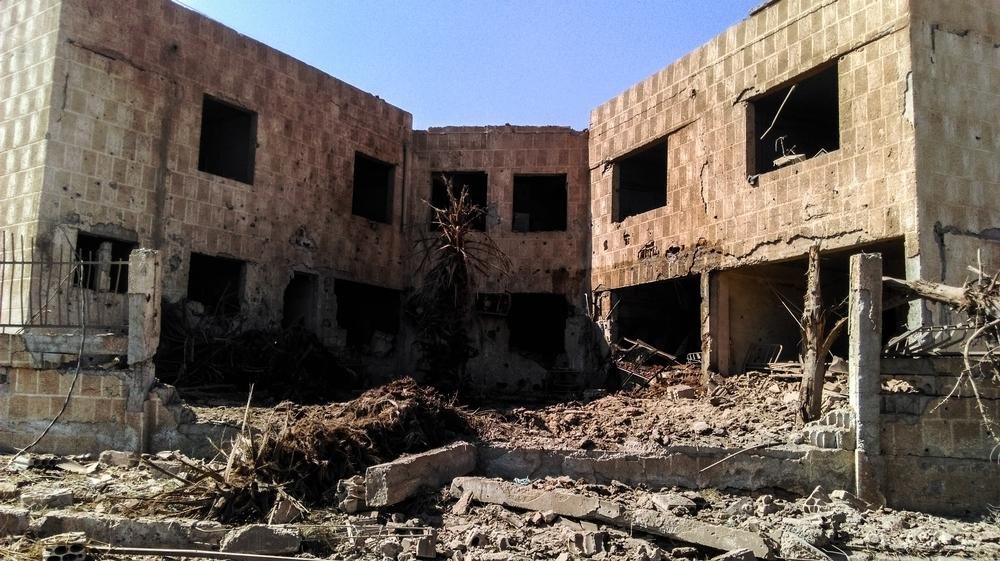 MSF
The intensity and number of attacks against medical facilities in Syria is increasing. Busra hospital, in Dara’a governorate, in the South, was destroyed after being hit by ten barrel bombs on Monday night. It is one of ten medical facilities that have been targeted in the past month. Busra hospital was the only health facility providing neonatal and dialysis services in Dara’a.

At the beginning, ISIS didn’t care about the medical side of things. But that didn’t last long. After a couple of months, ISIS decided that they needed to control hospitals, clinics and medical supplies in Raqqa.

As for me, I decided to open a clinic in my house to provide some assistance. As a doctor, my motto was: ‘Treat people, but also try to protect yourself’.

Soon, ISIS members started to come to my house for medical treatment. I wasn’t comfortable with this, but I was acting according to my medical ethics: to treat all patients regardless of ethnicity, religion or politics.

But the appearance of ISIS members in front of the house was terrifying, for my family and myself. They arrived in jeeps, making a lot of noise and driving too fast.

After a couple of months, when the US-led coalition started bombing ISIS, they arrived at night and forced me to go with them to treat their wounded. My family was terrified that I would not come back.

All the time I thought that either I would be killed by the airstrikes or by ISIS.

One day ISIS came to me and put pressure on me to join the hospital that they controlled in the city. Most doctors had left Syria and they needed me. But I refused. As a result, I received threats.

I thought, ‘I’d prefer to go on one of the death boats than risk staying here’.

Life in Raqqa was terrifying. During the day we lived with the government’s airstrikes; at night there were coalition airstrikes. The sound of the jets was so loud it was like an earthquake.

A close friend was killed by a government airstrike.

I realised that life had stopped for me, and the one thing I had to do was save my family. I worried that in Syria my children wouldn’t have a life or even get an education. I wanted to protect my life to save my children’s lives.

I started to plan my departure. I planned to travel to Turkey then take the boat to Europe, heading for Holland.

My wife was in the final month of pregnancy with our third child. She was so exhausted by the pregnancy that it was difficult for her to travel.

So the idea was that I would go with a friend, and once I had immigration papers, my family would follow me.

I decided to sleep that last night with my children. Although they didn’t know I was leaving, they felt it somehow. I wish I could have brought them with me.

Leaving Raqqa was not easy, with fighting going on between ISIS, Kurdish fighters, Al Nusra Front and the FSA. I had to pass through three checkpoints between Raqqa and Efreen – it was like passing through three separate countries.

When I reached Turkey, I heard that the government was arresting people going to Izmir. Deep inside, there was a voice inside me hoping that this trip would fail and I’d have to return to Syria.

When we reached Izmir, it was very crowded: people were sleeping in the streets, people were starving – people who had given all their money to smugglers but had failed to leave.

We heard many stories of boats sinking. My friend and I went to take a look at the sea. It was hard to look at it knowing that soon we might drown in it. 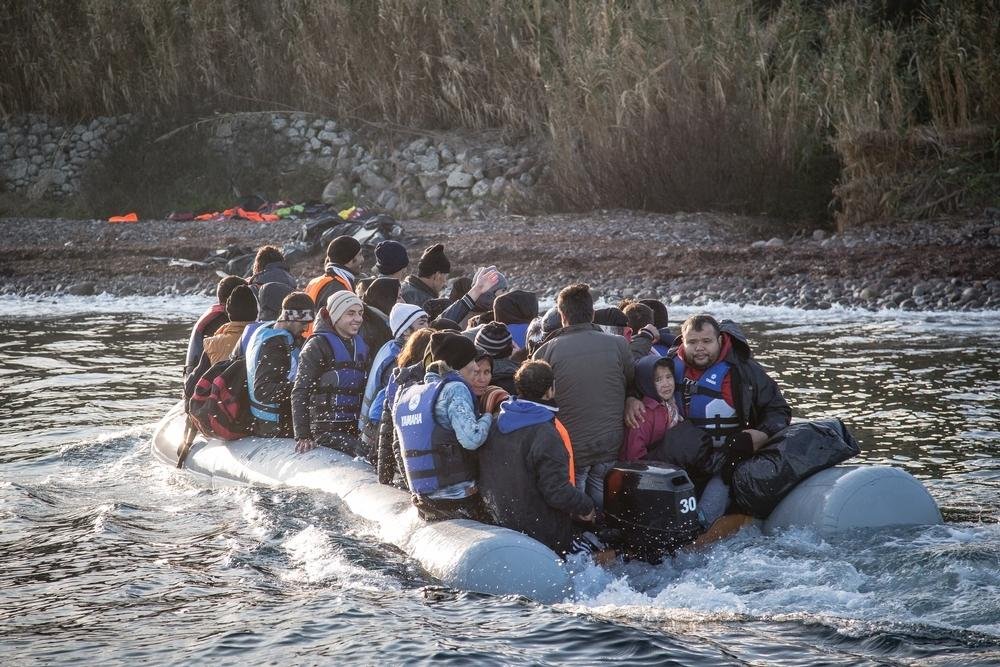 Will Rose
Medecins Sans Frontiers (MSF) and Greenpeace conduct joint sea operations to provide assistance at sea to boats in distress off the coast of Lesbos island in Greece, in coordination with and in support of the Greek Coast Guard. Two Rigid Inflatable Boats (RIBs) are deployed. One leads the operation while the other acts as a support unit.

When the time came, it was a difficult decision to get onto the overcrowded rubber dinghy. Some people were crying and others were praying – everyone has their own way to deal with fear.

We arrived on the Greek island of Farmakonisi and the next day were moved to Leros. We travelled from Greece to Macedonia, then on through Serbia.

By that time I hadn’t had any proper sleep for seven days. My dream was to find a pillow to sleep on, water to take a shower and a phone with which to call my family.

In Belgrade I finally managed to get a local simcard so I could call home. I talked to my wife and daughter, but my son refused to talk to me. He felt that I had abandoned him and it broke my heart.

From Belgrade, we walked across cornfields, and then we paid a smuggler 450 euros to get us to Austria. We slept the night in a park in Vienna, and in the morning bought train tickets to Amsterdam.

My wife gave birth in October, soon after I arrived. She sent me a picture of my new baby boy.

I talk to my family every day, but my son still refuses to talk to me.

Each time I talk to my daughter, my heart starts racing like a running horse and I can’t calm it down.

It is really difficult to hear the warplanes in the background, knowing that at any minute they will drop their bombs, knowing that my family is terrified but I’m miles away and I can’t protect them.”

Names have been changed