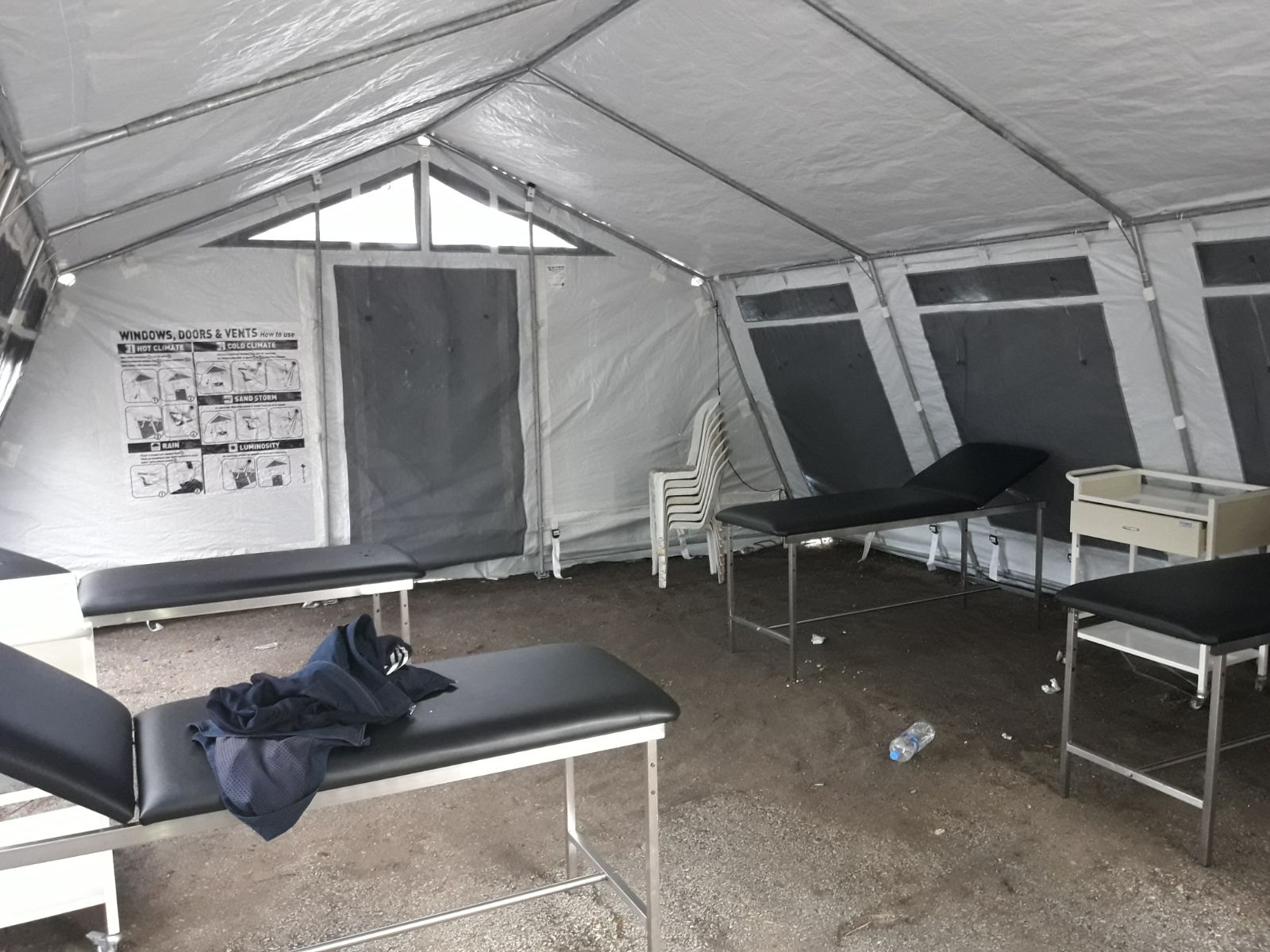 Syria: Displaced from East Ghouta and in need of treatment

13 April 2018 - Close to 60,000 people have been displaced from East Ghouta to northwest Syria in the space of just a month.  A significant number of these men, women and children are injured or sick and in need of medical care. MSF participated in the medical response and supports the main hospital in charge of triaging and treating these patients at a location known as “zero point” where the new arrivals descend from the busses. Refaat Al Obed, the facility’s Medical Director, describes the situation.

“I have been working at Qalaat Al Madiq hospital since it opened, about a year and a half ago. Our hospital is specialized in Mother & Child health care and is located in an area where you do not find many other hospitals and so we treat an average of 300 patients daily.

Our hospital is right on the frontlines between areas controlled by the Government of Syria and by armed opposition groups. In practice, this means that usually, when a reconciliation deal happens between belligerents in different parts of the country, and when people are transferred to Idlib, they first transit here, in Qalaat Al Madiq.

“Caught off guard when 5,000 people were dropped off in front of our facility”

Every time this happens, we try to prepare as much as we can. So, a few weeks ago, when we were informed that people would start coming from East Ghouta, we got ready. We liaised with MSF and asked the organization to provide us with medical supplies and installations, in order to be able to handle more surgeries, rehabilitation sessions and to do referrals of patients to other hospitals in the region. MSF sent us a tent to triage the incoming patients as well as medical supplies and emergency preparedness kits. They also helped us with logistics and gave us technical advice.

However, when people from East Ghouta started getting to Qalaat Al Madiq, we came under a lot of work and pressure. We were caught a bit off guard on the first day, when 5,000 people were dropped off in front of our facility! We were not ready to treat so many patients. Every time internally displaced people arrive in our area, we face the same sort of challenges and difficulties. But this time around, the number of people coming was just much bigger than what we had expected.

Many people injured or in need of urgent medical care

More than 200 patients with trauma injuries arrived at our hospital in the first days: mostly people hit by bombings during the recent offensive, but also patients hit by gunshots. Additionally, we had to handle over 20 natural and caesarian deliveries. Our medical personnel were mobilized every day to handle this emergency. On top of trauma injuries, we were also diagnosing a lot of medical needs that should usually be treated by specialists. We had to deal with some children suffering from malnutrition, for instance. We did not have specialized health professionals to answer such needs, and we didn’t have a dedicated section in our hospital for this type of cases.
We handled and treated as many patients as we could, while others were transported and referred as much as possible to facilities with the appropriate specialized medical departments. Though our hospital’s role was and still is critical in the frame of such emergency response, we really had to rely on other hospitals and organizations to provide people with the best assistance.

Our facility is relatively small and we just have one operating theater, so we simply couldn’t handle this influx of patients on our own. For instance, at some point, one of the convoys got shot at on its way to Northwest Syria and we had eight patients with fresh gunshot wounds arriving all at once, straight from the bus. We would have needed two to three operating theaters to handle such influx of patients.

A large number of people from East Ghouta have now settled in Qalaat Al Madiq and its surroundings.  The pressure, the stress and the workload remain high: every day, we meet people who need treatment, patients who have to be operated on. We had a big increase in the number of patients coming to our facility every day. This last month has been very hard for us: we are only a few dozen medical staffs, handling thousands of patients.”