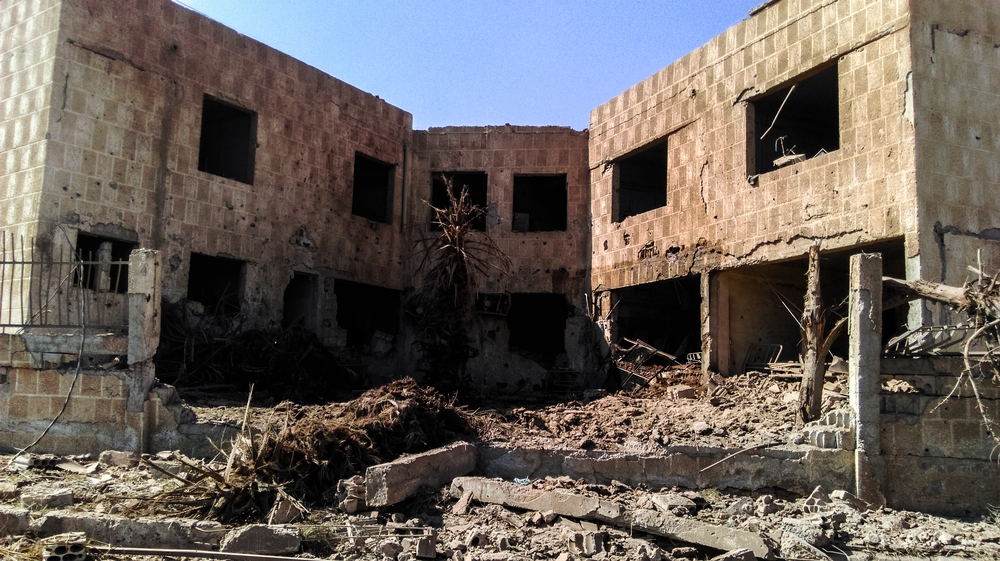 Médecins Sans Frontières/Doctors without Borders (MSF) denounces the recent air strikes on three MSF-supported hospitals in Idlib province, and on six further health structures in western Syria. 11 civilians were killed and 31 wounded over a period of four days, between 7 and 10 August 2015.

“These attacks indicate an increasing pattern of healthcare structures and civilians being affected as a result of the ongoing war,” said Jane-Ann McKenna, Director of Médecins Sans Frontières in Ireland.

Civilians killed in the attack

A dialysis centre serving much needed treatment to a catchment population of 30,000 people remains closed as a result of the airstrikes and patients must now travel almost 70 kilometers in an insecure environment to access treatment.

Services in other hospitals were also affected, including surgery, orthopaedics and physiotherapy. Two ambulances, a generator and a laboratory were destroyed by the missile strikes and three ambulances were also damaged.

MSF’s Head of Mission for Syria, Sylvain Groulx, described the attacks as part of an ongoing and devastating trend towards more targeted attacks on healthcare services across the country:

“These recent attacks are a clear violation of International Humanitarian Law, which prohibits military attacks on hospitals. Airstrikes are capable of targeting specific buildings and these hospitals are known locations. They must be respected as neutral spaces where civilians can safely access their right to healthcare services. Civilians continue to suffer the daily brunt of this war with a massive number of deaths and injuries.”

Similar attacks on civilian infrastructures, including many health facilities, have taken place in recent months in many governorates where government forces are no longer in control.

MSF calls on all parties to the conflict to respect hospital grounds and ensure civilians are protected.

MSF operates 5 medical facilities inside Syria and supports more than 100 hospitals and clinics. It is also working with Syrian refugees who have fled to Iraq, Jordan, and Lebanon.