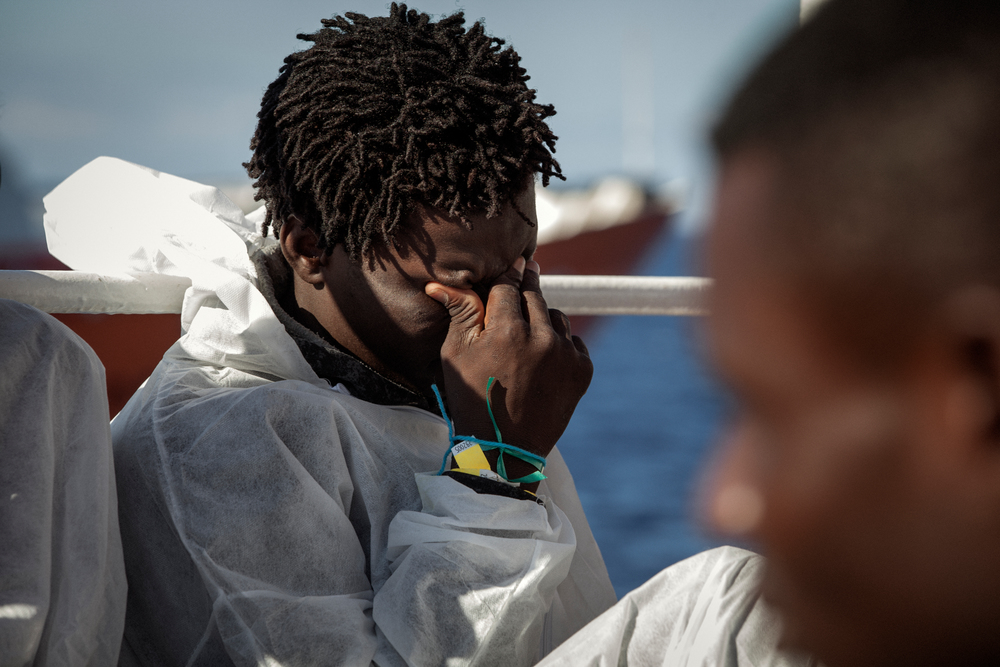 In 2014, MSF opened a clinic for Victims of Torture (VOT) in Athens, Greece, in collaboration with established local partners BABEL Day Center and the Greek Council of Refugees.

Recognising the high prevalence of torture among the migrant and refugee population and their crucial need for rehabilitation, the project has cared for more than 430 people in the last 3 years.

“Torture erases human nature - it takes over the whole human being,” explains psychologist Eleftheria Zerva. “It’s not only the heavy toll on the mental health of the survivor; it’s their very self-esteem and ability to function in society.”

"I was scared to shake someone's hand in case he would beat me...Until now I can't sleep. I get nightmares. I'm just as tortured outside as I am inside".
Syrian survivor of torture

With the closure of the Balkan route and implementation of the EU-Turkey deal in March 2016, 60,000 refugees found themselves stranded on the Greek islands and the mainland.

This specialised clinic, in the diverse neighborhood of Kypseli, adopts a holistic approach to the rehabilitation of torture survivors, providing medical care, physiotherapy, mental health care, social support services and access to the asylum process.

With the closure of the Balkan route and implementation of the EU-Turkey deal in March 2016, 60,000 refugees found themselves stranded on the Greek islands and the mainland.

Living in often harsh and isolating conditions, many have waited for over a year to find out about their asylum status, which has only exacerbated their mental health issues.

Moreover, as a result of the bilateral agreement, those on the islands are now in grave danger of deportation to Turkey. This threat is felt intensely by torture survivors.

“When I got out of prison I was scared of everything,” says one Syrian torture survivor who is crippled from electrocution.

“I was scared to shake someone’s hand in case he would beat me... Until now I can’t sleep, I get nightmares. I’m just as tortured outside as I am inside.”

"The scar will always be a scar, it's won't ever be erased".
Dr Anastasia Papachristou

Many torture survivors, some having been identified as vulnerable and others not, are still stuck on the islands, far from the adequate medical care they need to receive in Athens.

Other torture survivors who have moved to the mainland without permission have also found themselves in limbo, unable to proceed with their asylum claim. The opaque asylum system and the many barriers in accessing basic services in Athens and across the country have only increased their hardship.

The urgency now is for a thorough medical screening to take place as people arrive on the islands, so as to identify people in need of medical and social care.

Such vulnerable people, including victims of torture, need to immediately be moved to the mainland and provided with rehabilitation, including access to medical, social and legal services.

Raising awareness of the prevalence of torture among migrants and refugees among community members, decision makers, and medical workers is therefore imperative across Greece and Europe.

“The scar will always be a scar, it won’t ever be erased, says Dr. Anastasia Papachristou. “But it can become your trademark, what distinguishes you from the rest.”