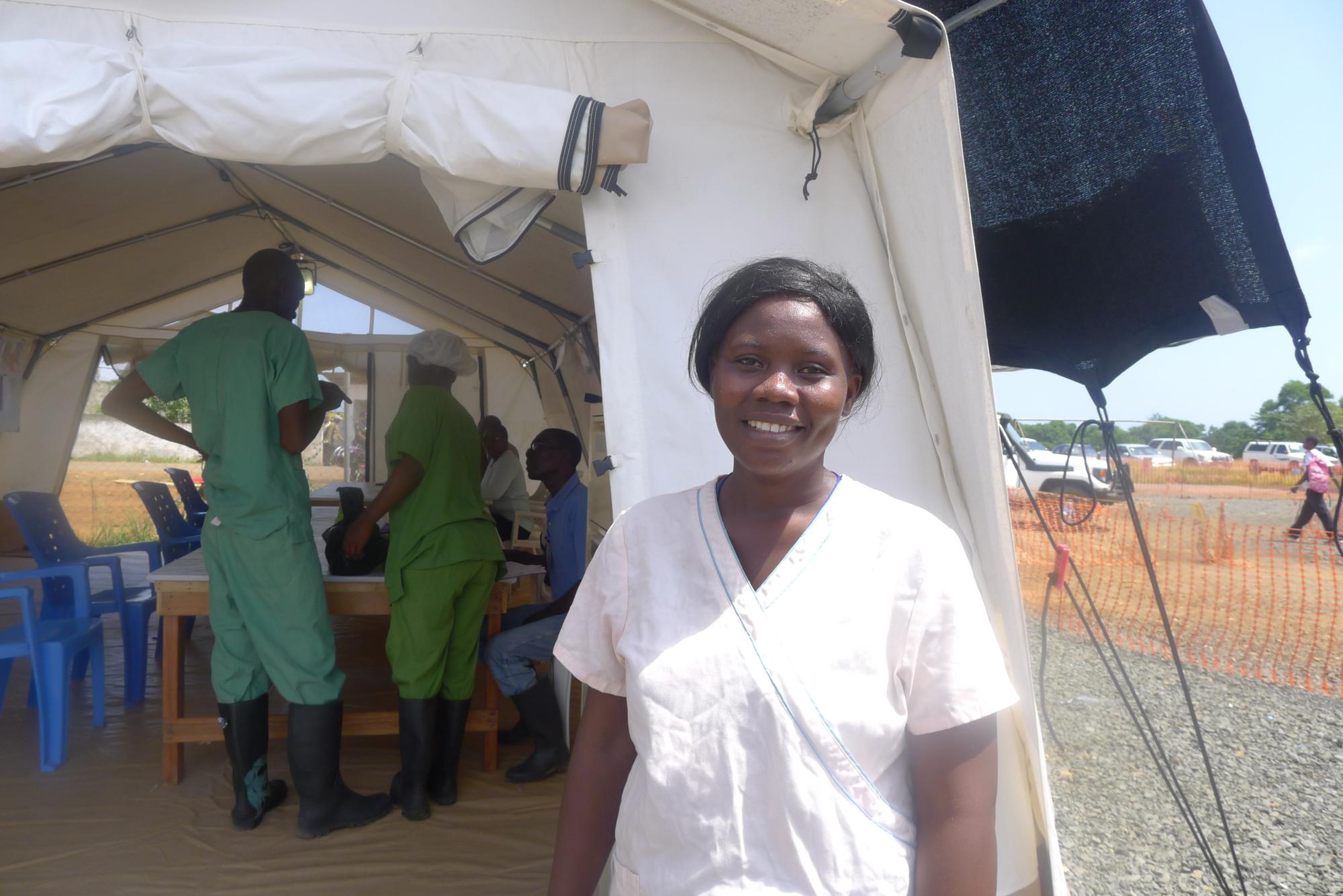 A tribute to Salome Karwah: “I survived Ebola to help others

After Salome Karwah survived the Ebola virus in 2014 she returned to work in the MSF centre in which she was treated, to help other patients recover.

Tragically, on 21 February 2017, Salome died from complications in childbirth.

Salome’s own experience of Ebola gave her incredible empathy for the patients that she worked so hard to care for. Our many staff who remember working with her speak of her strength and compassion, but also of her smile. She made a huge contribution to MSF’s work at the height of the outbreak in Monrovia.

As a tribute, we wish to share the following story Salome relayed to us in October 2014, after she began working with MSF. Our thoughts go out to her family at this very sad and difficult time. Salome is survived by her husband and four children.

“It all started with a severe headache and a fever. Then, later, I began to vomit and I got diarrhoea. My father was sick and my mother too.

My niece, my fiancé and my sister had all fallen sick. We all felt helpless. 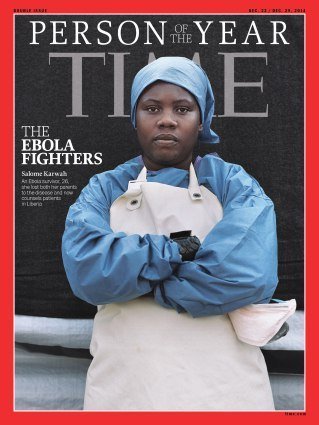 Salome's dedication lead to her being named one of TIME Magazine's People of the Year in 2014.

It was my uncle who first got the virus in our family. He contracted it from a woman he helped bring to hospital. He got sick and called our father for help, and our father went to him to bring him to a hospital for treatment.

A few days after our father came back, he too got sick. We all cared for him and got infected too.

On 21 August, my whole family and I made our way to MSF’s Ebola management centre in Monrovia. When we arrived at the treatment unit, the nurses took my mother and me to the same tent.

My fiancé, my sister, my father and my niece were taken to separate tents. My sister was pregnant and had a miscarriage.

They took our blood and we waited for them to announce the results. After the lab test, I was confirmed positive.

I thought that was the end of my world. I was afraid, because we had heard people say that if you catch Ebola, you die. The rest of my family also tested positive for the virus.

After a few days in the isolation ward, my condition became worse. My mother was also fighting for her life. She was in a terrible state. At that point, the nurses made the decision to move me to another tent.

By then, I barely understood what was going on around me. I was unconscious. I was helpless. The nurses had to bathe me, change my clothes and feed me. I was vomiting constantly and I was very weak.

I was feeling severe pains inside my body. The feeling was overpowering. Ebola is like a sickness from a different planet. It comes with so much pain. It causes so much pain that you can feel it in your bones. I’d never felt pain like this in my lifetime.

"I arrived back home feeling happy, but my neighbours were still afraid of me."
SALOME KARWAH

My mother and father died while I was battling for my life. I didn’t know they were dead. It was only one week later, when I had started recovering, that the nurses told me that they had passed away.

I was sad, but I had to accept that it had happened. I was shocked that I had lost both my parents. But God spared my life from the disease, as well as the lives of my sister, my niece and my fiancé.

Though I am sad at the death of my parents, I’m happy to be alive. God could not have allowed the entire family to perish. He kept us alive for a purpose.

I am grateful to the workers here for their care. They are very nice people. They really care for their patients. The care, the medication and self-encouragement can help a patient to survive.

When you’re sick with Ebola, you always have to encourage yourself: take your medication; drink enough fluids – whether it’s oral rehydration solution, or water or juices – but don’t keep your system empty.

Even if they bring you food and you don’t have any appetite to eat, just eat the soup. 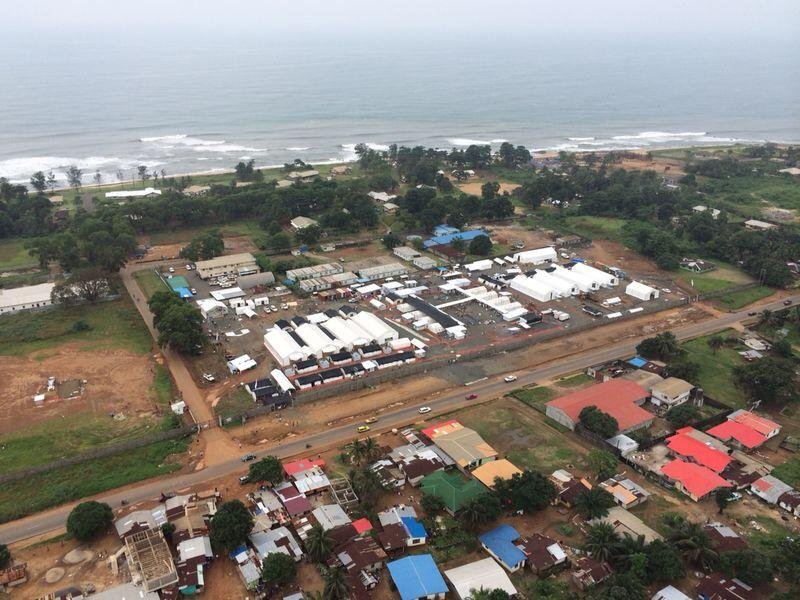 After 18 days in the treatment centre, the nurses came in one morning and took my blood and carried it to the laboratory for testing.

Later that evening, at around 5pm, I saw them return. They came and announced to me that I was ready to go home because I had tested negative.

Then I felt that my life had begun again. I went home with joy, despite having lost my parents.

I arrived back home feeling happy, but my neighbours were still afraid of me. Few of them welcomed me back; others are still afraid to be around me – they say that I still have Ebola.

There was a particular group that kept calling our house ‘Ebola home’. But, to my surprise, I saw one of the ladies in the group come to my house to ask me to take her mother to the Ebola centre because she was sick with Ebola.

"Even though our parents didn't survive the virus, we can help other people to recover."
sALMOE kARWAH

I did it, and I felt happy that at least she knows now that someone cannot go to a supermarket to buy Ebola.

It’s a disease that anyone, any family, can get. If someone has Ebola, it isn’t good to stigmatise them, because you don’t know who is next in line to contract the virus.

Working in the MSF management centre

Now, I am back at the management centre, helping people who are suffering from the virus to recover.

I am working as a mental health counsellor. I find pleasure in helping people, and that is what brought me here. My efforts here may help other people to survive. 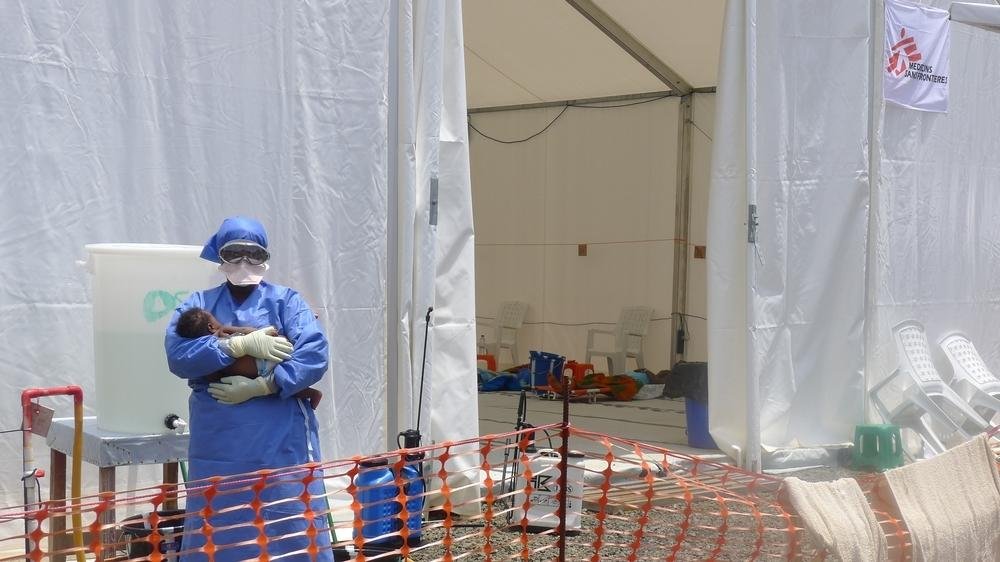 If they are weak and are unable to bathe on their own, I help to bathe them. I help them with all my might because I understand the experience – I’ve been through the very same thing.

I feel happy in my new role. I treat my patients as if they are my children. I talk to them about my own experiences.

I tell them my story to inspire them and to let them know that they too can survive. This is important, and I think it will help them.

My elder brother and my sister are happy for me to work here. They support me in this 100 percent. Even though our parents didn’t survive the virus, we can help other people to recover.