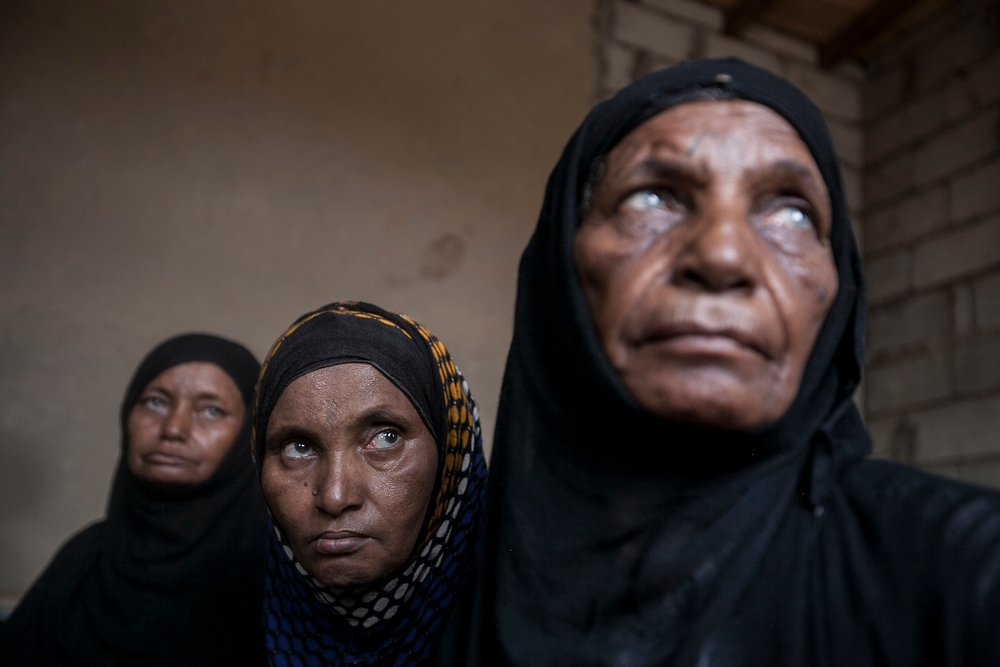 Yemen: “Desperation and fear for the future”

As we entered the nutrition department of the Mother and Child hospital, a woman sitting at the edge of a bed glanced over at us with suspicion. Strangers usually do not accompany medical staff at this time of the day.

The baby was breathing fast and he seemed in pain. I asked his mother’s permission to examine him. She seemed more relaxed once I spoke to her in Arabic.

I told her I worked with MSF, and that we were visiting Ibb to assess the health situation and explore ways to support healthcare facilities, which are struggling under a blockade, airstrikes and the war.

Narciso Contreras/MSF
Displaced from the heavy fighting in Haradh bordertown and Sa'bah governorate are seen in Al Manjoorah temporary settlement at the outskirts of Beni Hassan, in Hajjah province, Northwest of Yemen.

The hospital director briefed my colleagues as I continued my conversation with the mother. She told me she had come from a village two hours from Ibb.

The worried mother said that her five-month-old was suffering from severe diarrhoea and vomiting. As I examined the baby, the paediatrician told me that the baby was suffering from dehydration but had already improved after one day of treatment.

The mother smiled as she heard the good news, but soon her face turned gloomy again.

When I asked her why, she said she and her husband had had to pay 15,000 YR (around £48) to reach the hospital, and they would have to pay the same to go back; an amount that very few Yemenis can afford and will leave the family in debt for a long time to come.

This is my second visit to Yemen. Since I last came in 2011 some things have not changed at all, such as the kindness and hospitality of people, but also the long power cuts.

However, many things have changed for the worse. Today, long queues of cars wait in front of petrol stations, and checkpoints have increased. Yemen’s quiet nights have turned noisy, filled with the sounds of airstrikes and anti-aircraft guns.

For me, the biggest difference was that the general sense of optimism had turned into desperation and fear for the future. It is sadly a justified fear, as Yemenis are today living through one of the worst armed conflicts MSF has ever seen. 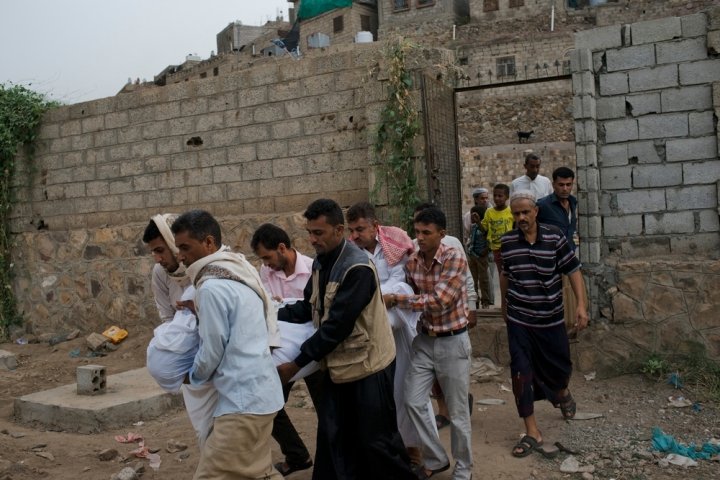 MSF
The family of Fakhira Hameed carries over her body to a local cemetery, after her house was hit by a shelling on July 24, 2015 in Taiz, Yemen.

Later, during a trip to one of Ibb’s schools where people have sought refuge, we met families who had come to the city fleeing areas witnessing fighting or severe bombardment.

Many had come from Ta’iz and Al Dhale’, while others had made the long trip from Sana’a or even Sa’ada.

Around 20 men and several curious boys gathered around us to chat. Most of the boys stood next to their fathers or older brothers, but one five-year-old boy stood next to me, his tiny hand clinging to my shirt.

I was unable to fully concentrate on the discussion as I was reflecting on the inhumane conditions under which Yemen’s children are forced to live today.

Most of us in the West can receive mental support after a traumatic event, but the children of Yemen are witnessing a ruthless war, have been forced from their homes and are being deprived of basic needs, healthcare, school and even food, all while their families struggle to survive.

I passed my fingers through the boy’s hair in an attempt to offer him some warmth and compassion; two things that are currently in short supply for Yemeni children.

It was the voice of my colleague that brought me back to the conversation. Pointing at me, he was telling a man, “Speak to the doctor.”

A tall man with a tired smile, wearing an old shirt and a traditional Yemeni Futah, (a wraparound skirt or kilt) approached me. 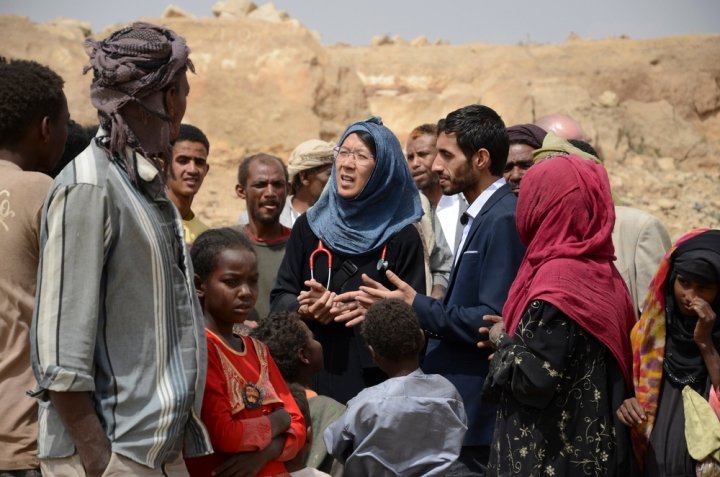 Malak Shaher/MSF
MSF President Joanne Liu with MSF team and in one of 13 IDPS locations in Khamer.

He explained that he had a heart condition and described how his health had deteriorated since arriving in Ibb. He smiled when I asked him why it had taken him so long to come to hospital.

He said that even if the consultation was free, he had no money to buy medicine.

Soon, the discussion turned to the topic of food shortages. During Ramadan, the people living in schools had been offered some food for the Iftar (the evening meal that breaks the daily fast) by their neighbours.

Those donations had mostly stopped after Ramadan. International aid organisations are not providing any food aid to the people living in schools, and they cannot afford it by themselves.

Yemeni children, who have already suffered from decades of malnutrition, will suffer more if the world does not provide food and medicine to them.

Yet efforts in this regard are being hindered by the blockade, fighting and constant bombings.

Yemen is experiencing a ruthless war. I hope next time I visit the country, the war will be over.

Until then, MSF will continue to serve the Yemeni people and to project their voices to the world, so that people everywhere else will know the reality beyond the headlines, which talks only about victories, retreats and negotiations.

Find out more about MSF’s work in Yemen