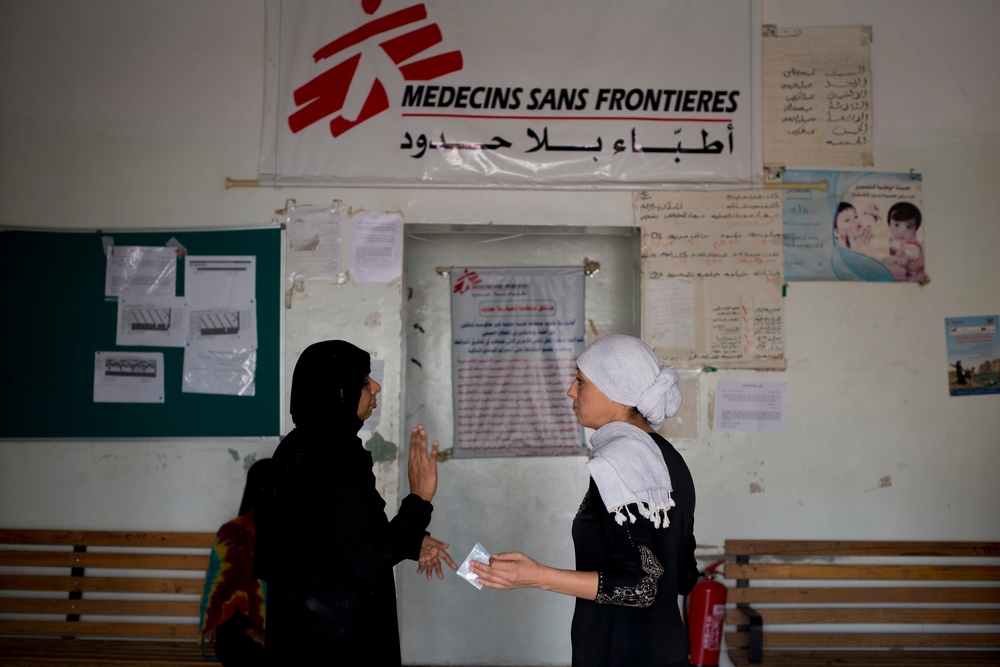 Yemen: Struggling for oxygen inside the besieged Taiz Enclave

Nora Echaibi is a nurse with Médecins Sans Frontières (MSF). She has been in Yemen since April 2015 working in Aden, Sana’a, Qataba, Ad-Dhale and now Taiz.

Since last September we have been trying unsuccessfully to enter the enclave in the city of Taiz that is currently under siege by the Ansarallah (Houthi) group to assist in providing medical care. On Sunday (3 January) we made our first attempt of this year, and our first without bringing supplies with us.

The frontlines have moved, meaning we now have to drive a different and much longer road. We were stopped twice but allowed to pass as far as Bir Basher market place.

There we parked the car in preparation to cross the final checkpoint into the enclave on foot, the only way permitted. 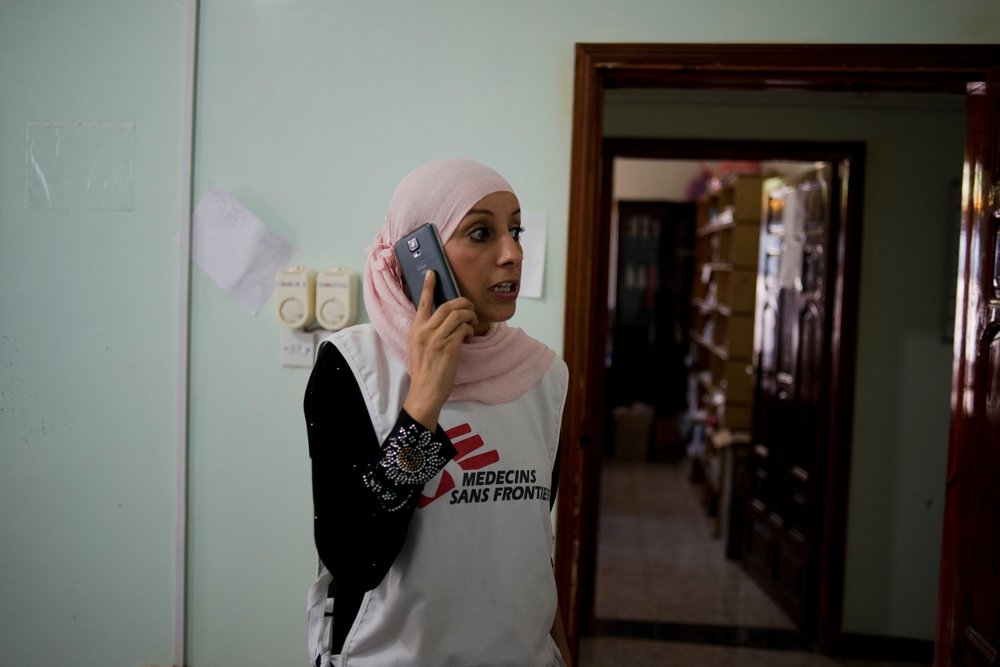 With so many people crossing it was chaos. We saw a WFP truck held up trying to bring food. A group of women tried to join our team, hoping it would speed up a process that is taking some people several hours, even days.

Families are split by this checkpoint, including those of some of our staff. The women were stopped. We had arranged a minibus to pick us up, but so had everyone else - dozens of mini-buses.

Then, we heard gunfire very close by, maybe into the air, maybe not. The team found the nearest minibus and got out of the area fast. 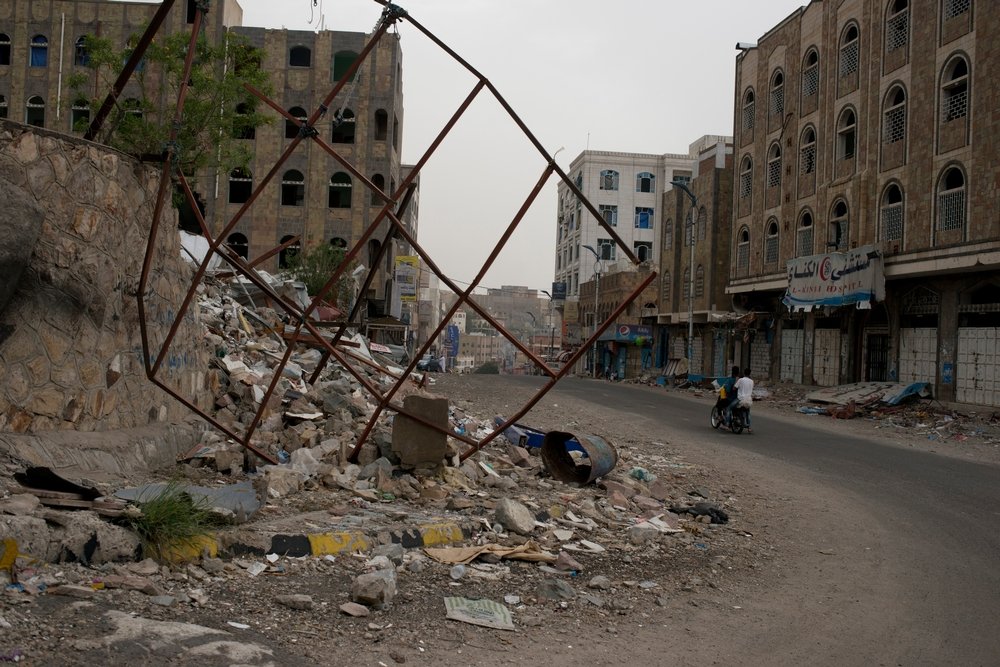 MSF
A local school sits flattened by an airstrike on July 24, 2015 in Taiz, Yemen.

Away from there the roads were quiet, although scars of war riddled the buildings. Most were damaged, many have collapsed, especially where frontlines have been.

Yet in amongst them we saw people outside socialising, shopping in markets. While they now expect daily shelling and bombing, their efforts to continue their normal routine made the atmosphere feel somehow calmer.

Yet the impact of the siege is clear: market prices have rocketed, and there are areas where front lines have been that are clearly under-populated.

There is no electricity except for the lucky few with generators and, rarer, the fuel to run them. But everyone was so happy to see us, as outsiders, trying to come in to assist. They would not let us pay for anything. 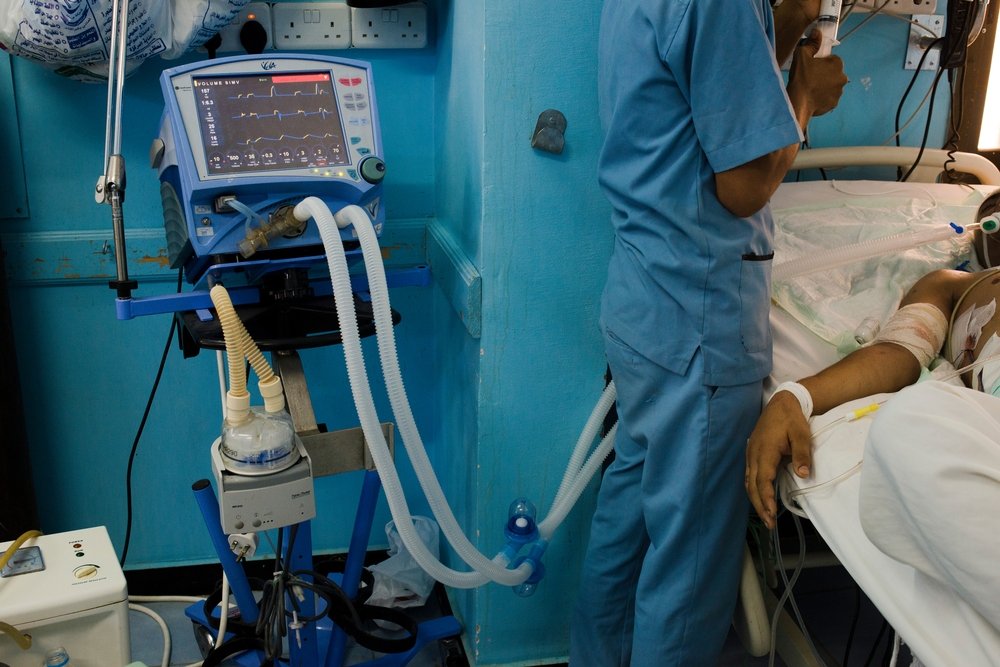 MSF
A Yemeni nurse treats a patient in the Intensive Care Unit of Al Rawdah Hospital on July 25, 2015 in Taiz, Yemen.

We arrived at Al Tawrah hospital. I was last here in September, and the comparative absence of patients was startling.

Medical activities have drastically reduced. Medical supplies are limited, especially anaesthesia, and there is little fuel for their generator.

Critically, they have very little oxygen, although a Yemeni charity based in Aden just managed to get 30 cylinders. The hospital can now reopen part of its Intensive Care Unit, at least for a while.

It was the same in other hospitals: Al Rawdah, Al Jamhouri  Yemeny, Al Modaffar, and Ta’aown. And yet, our warehouses outside the enclave are full.

It was painful to witness large hospitals like Al Jamhouri, which I am used to seeing bustling with activity, instead so still.

In the maternity ward there I saw only one woman and three tiny new-borns. One of the babies was oxygen dependent, but the machinery he was connected to had no oxygen canister attached. None were available.

It’s so frustrating: two kilometres the other side of the front line MSF runs a fully functioning Mother and Child Hospital, but it is out of reach of people here. 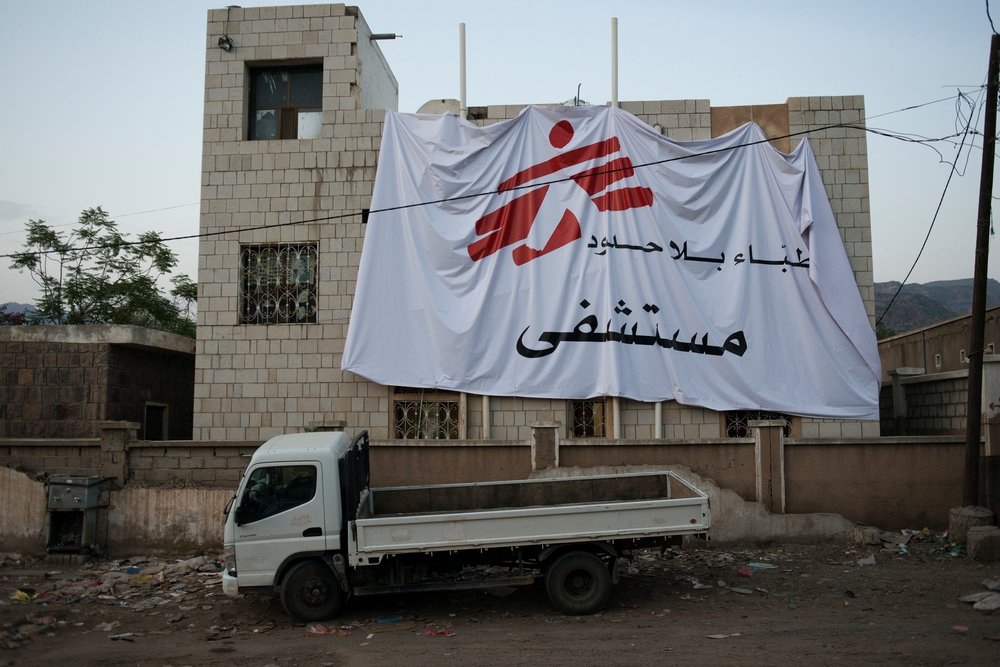 MSF
An MSF flag hung on one of MSF facilities in Qataba, Al Dhale governorate. Airstrikes and ground shelling have hit civilian facilities in the past, and MSF demarcates all their facilities and vehicles to keep staff and patients safe. Yemen, July, 2015.

As night fell we stayed in the apartment of a surgical specialist hosting us. Outside the enclave I am used to hearing outgoing ordinance as it is fired into the night.

Here I am on the other side, and hear that ordinance incoming. A new experience...Twice the ground shook violently as bombs landed nearby.

The following morning the shells continued, but I awoke to the sound of an aeroplane overheard. Outside the enclave this is cause for alarm as we do not know the target. But inside people know the target is not here and so feel safer.

For two hours the plane circled overhead that morning and we went on with our hospital visits. It felt rather strange.

From there we returned to the checkpoint to exit the enclave. A number of people were crossing the other way bringing bags of flour on wheel-barrows.

They told us the crossing was comparatively smooth that day.  For us it was even easier – it is far simpler for us to cross out of the enclave than come in.

Read more about MSF in Yemen