In Burundi, MSF continued to run malaria prevention and care activities, while responding to epidemics and unknown diseases, and offering high-quality care for victims of trauma in Bujumbura.

The landlocked East African country of Burundi is one of the world’s poorest nations.

Since independence from Belgium in 1962, Burundi’s 10.5 million people have been plagued by civil war. Tensions still exist between the usually-dominant Tutsi minority and the Hutu majority. 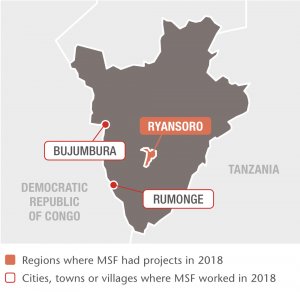 Due to current unrest in the country, thousands of Burundians have fled across the border to Tanzania. Médecins Sans Frontières/Doctors Without Borders (MSF) is helping tens of thousands of these refugees in the Nyarugusu and Nduta camps.

MSF first worked in Burundi in 1992. Our work in the country has focused on providing responses to endemic and epidemic diseases, social violence and healthcare exclusion.

As in 2019, our teams implemented a massive malaria prevention campaign in Kinyinya district, which involved spraying over 67,000 houses with insecticide to kill mosquitoes, thereby offering inhabitants up to nine months of protection against the disease. MSF also improved standards for malaria patients in 17 medical facilities and ensured that they received treatment free of charge. 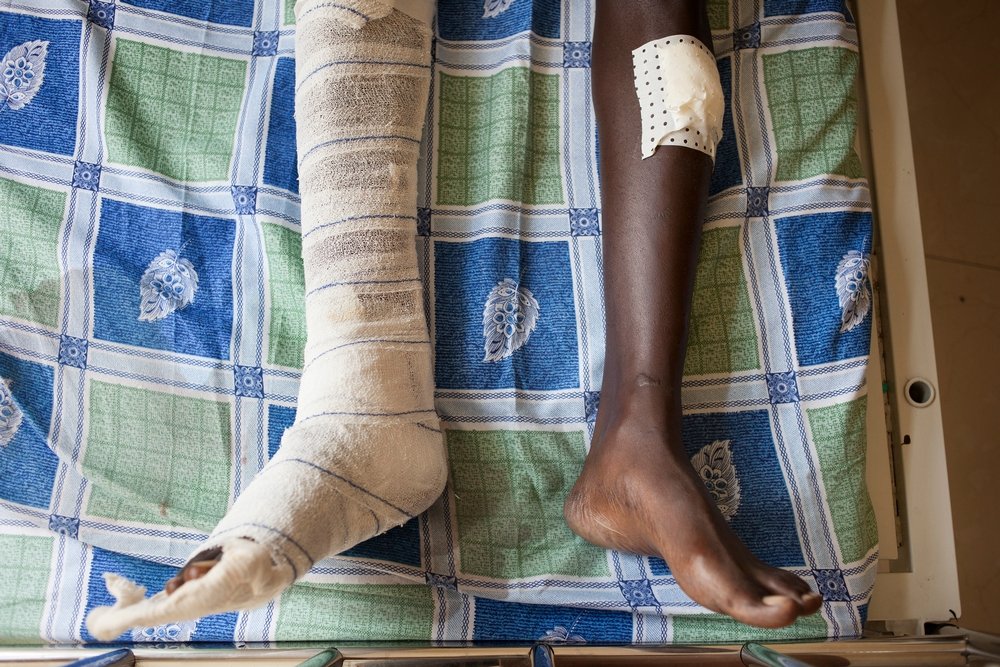 In Bujumbura, our 68-bed trauma facility l’Arche de Kigobe offered emergency care for patients suffering from moderate and severe trauma, mostly caused by road traffic accidents. We supported care for people with simple trauma injuries in other health centres and district hospitals, and started to hand over patients with moderate trauma to Kamenge University Hospital Centre. In order to facilitate the handover of our activities at l’Arche de Kigobe in February 2021, we entered into a partnership with Prince Régent Charles Hospital, aimed at reinforcing moderate and severe trauma case management through the provision of medical training, donations and financial support.

Isabel Corthier
Children show their hands at the Centre de Santé in Magara, south of Kabezi.

In January 2020, following the notification of hundreds – and eventually thousands – of patients with lower-limb ulcers in Muyinga province, we sent a team to offer medical care in the Giteranyi health district. As little is known about the nature or cause of this disease, which mostly affects children living in precarious conditions, we are also supporting environmental, laboratory and vector control surveys.

In addition to these projects, our teams responded to several emergencies in the country; for example, providing treatment during a measles outbreak in Cibitoke province, and assisting victims of floods around Gatumba. To help with COVID-19 prevention activities, we provided training on triage and infection control in the MSF-supported facilities in Bujumbura, Muyinga, as well as in Kinyinya, along the border with Tanzania.