Médecins Sans Frontières continued to develop more effective diagnosis and treatment strategies for hepatitis C and malaria in Cambodia in 2018.

Cambodia has one of the fastest growing economies in Asia after two decades of relative stability, following a catastrophic civil war and the end of the Khmer Rouge regime. 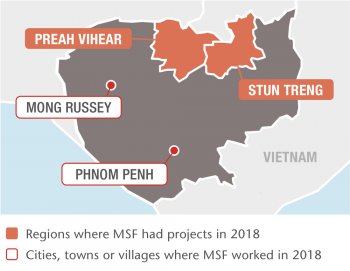 Two million people died between 1975 and 1978 during Pol Pot’s brutal leadership of the country.

The economy is dominated by garment-making, but tourism is expanding, and there are hopes to tap into offshore oil and gas reserves and draw in overseas investment.

Médecins Sans Frontières/Doctors Without Borders (MSF) first worked in Cambodia in 1979. Our work in the country is focused on treating endemic diseases like HIV and tuberculosis (TB).

Médecins Sans Frontières continued to develop more effective diagnosis and treatment strategies for hepatitis C and malaria in Cambodia in 2018.

Once considered a lifelong and deadly disease, hepatitis C can now be cured using direct-acting antivirals (DAAs) – new drugs that are both simpler to take and better tolerated, but also more expensive. Hepatitis C is endemic in Cambodia and access to diagnosis and treatment is virtually non-existent. The goal of our project in Preah Kossamak hospital in Phnom Penh is to simplify the diagnosis and treatment of hepatitis C, to prove its cost-effectiveness, and to make it replicable in other countries.

In 2018, the time between screening and the start of the treatment was reduced from 140 to 9 days thanks to a simplified diagnostic process, and the use of the new DAAs cut the number of appointments each patient needed while on treatment from 16 to 5, including just one with a medical doctor. In March, we launched a project in the district of Mong Russey to adapt this simplified model of care to a rural context. In addition to screening at nurse-led health centres, active case finding was carried out in villages in the district from October. The team tested more than 12,700 villagers in the last three months of the year. 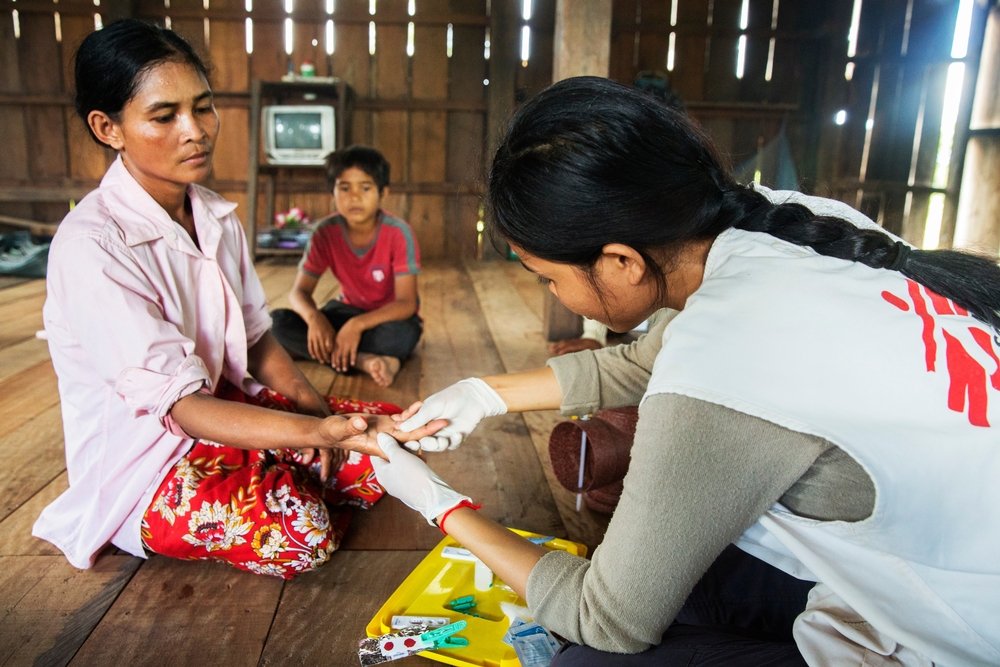 Since 2015, we have also been developing models of intervention to contribute to the elimination of malaria in Preah Vihear and Stun Treng, two areas of multidrug resistance in northern Cambodia. In 2018, we conducted the first-ever pilot of a new highly sensitive rapid diagnostic test. We also increased the number of districts in which we worked, and the health authorities replicated one of our models of intervention.