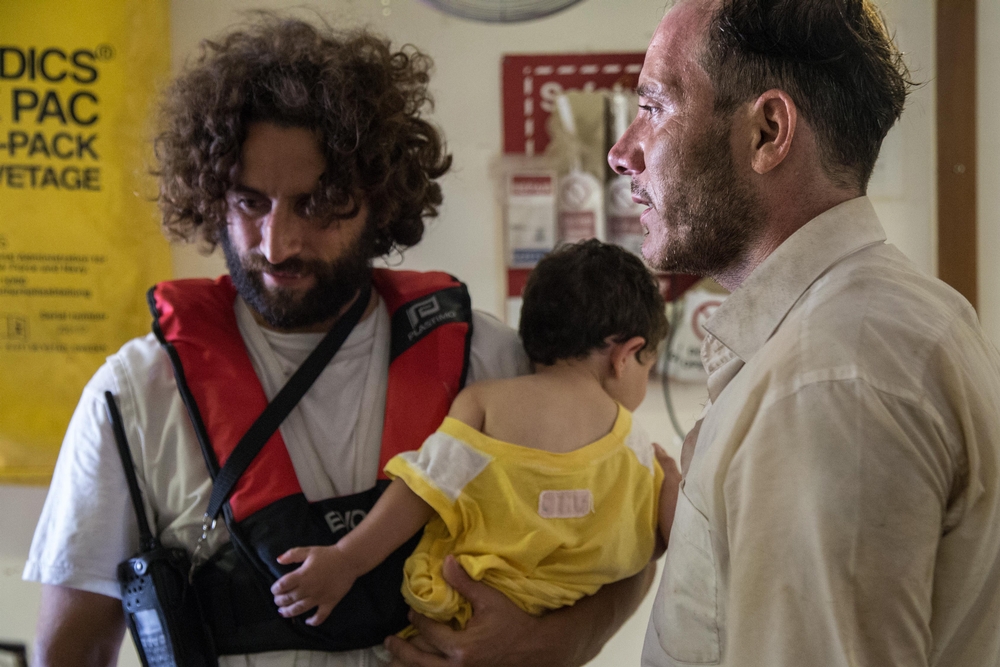 A crowded boat capsizes in the Med, what happens next?

“I can swim, but she can’t… and how could I grab her from the water when all the other people were trying to stay afloat?”

Mohammed from Palestine talks about saving his daughter after their boat capsized in the Mediterranean on 5 August 2015, hundreds of people drowned.

The MSF boat Dignity I, one of three MSF boats operating in 2015, assisted with the rescue of around 300 people.

Mohammed, 35, clutches his one-year-old daughter Azeel in his arms while his wife Diana, with bright, red eyes from salty water, tries to calm down inside the hospital area on board the Dignity I.

This Palestinian family were seconds away from losing their daughter when an overloaded, old wooden boat carrying them to Europe lost balance and capsized 14 miles off the Libyan coast.

“The boat was having problems after we left Libya, and we had to get rid of the water in the engine room. Afterwards things seemed to go better, and the sea was calm. Then, suddenly, the boat started moving and rocking and we realised we were sinking.”

When the Dignity I arrived at the scene, there was nothing but debris remaining of the wooden boat that Mohammed and his wife had taken to flee the war and instability in Libya, where they were living.

“The country is divided between rebels and militia. There is no future for us there, for our daughter. We were treated like worst kind of humans in and people abused us. We needed to flee.”

The family were evacuated to the Italian coast, where Azeel and her mother could receive medical treatment from MSF and to somehow recover from the trauma they had witnessed at sea.