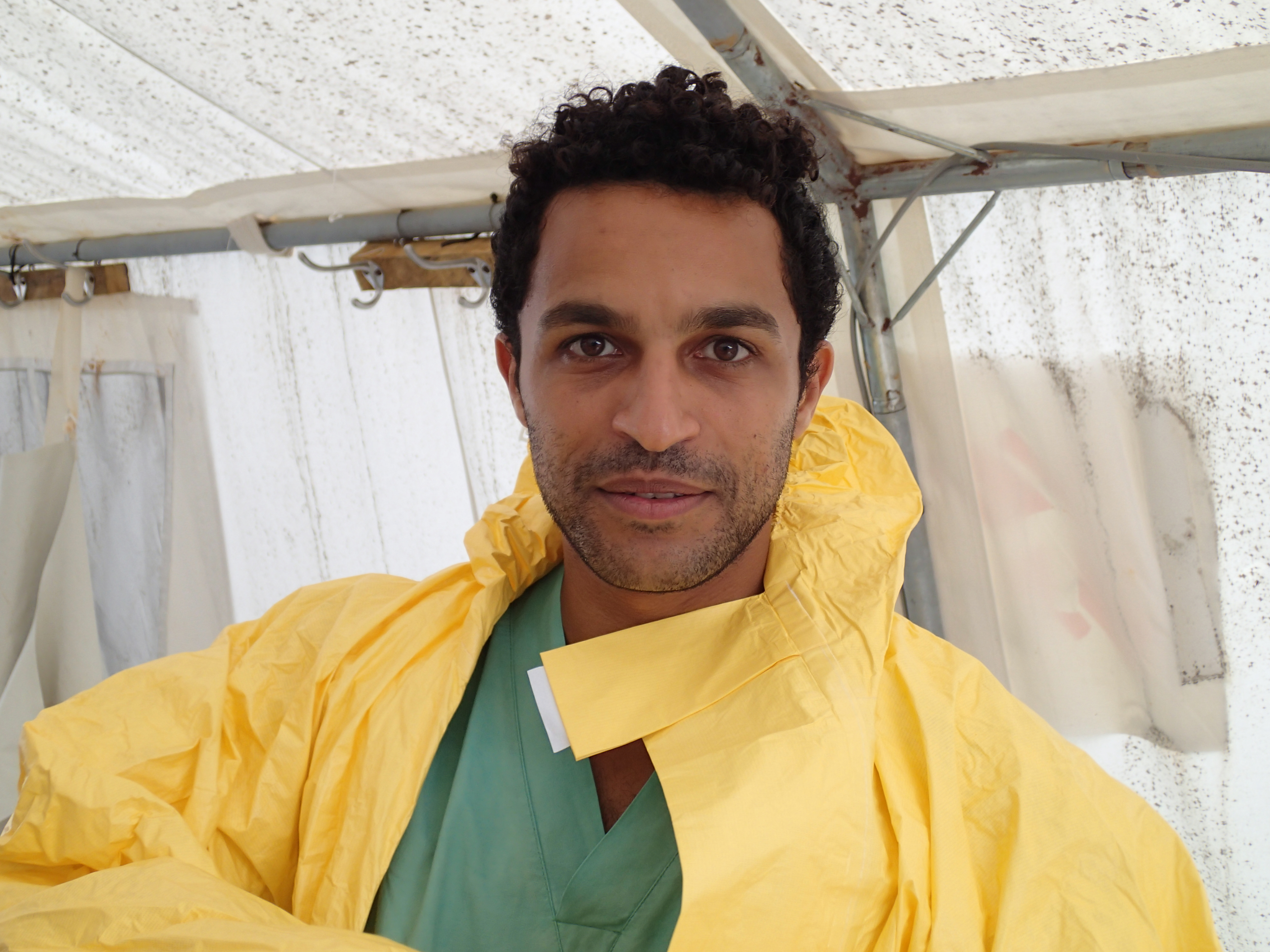 Working with Médecins Sans Frontières/Doctors without Borders (MSF) had long been a dream of Javid Abdelmoneim.

He became involved with MSF in his second year of university as a medical student, working with the Access Campaign to promote the accessibility of medicines for neglected diseases. He has since worked with MSF on a number of missions, and in a number of different capacities.

In 2009, he set off on his first mission to Basra, Iraq, where he worked as an emergency room doctor at Jumhuree Hospital. The focus of this mission was to provide advanced life support, trauma life support and resuscitation training.

The following year, Javid travelled to Haiti after the devastating earthquake. 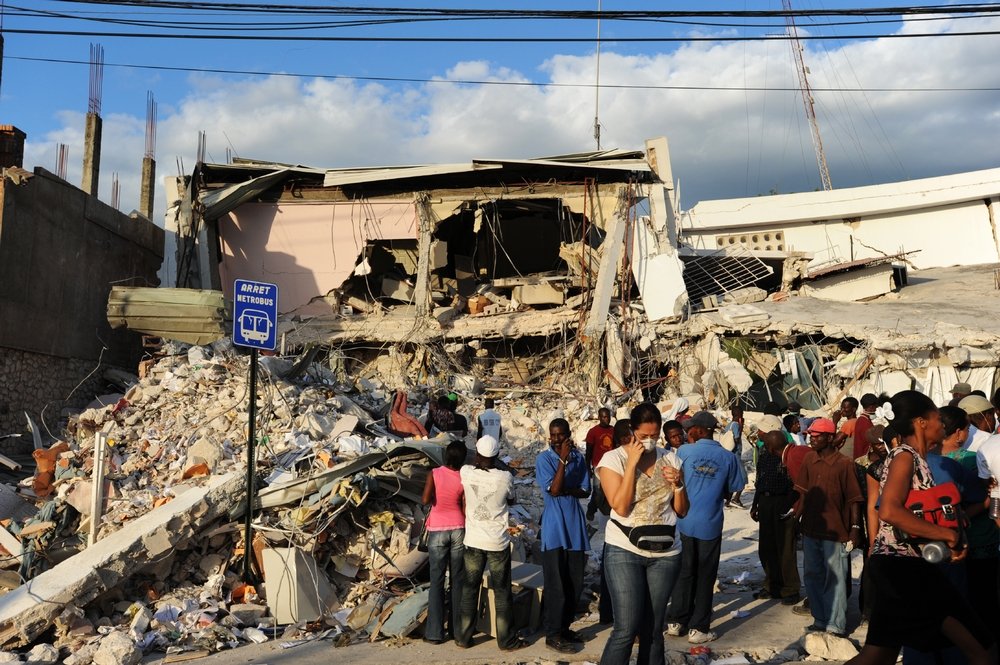 Haitians stand amongst the Port-au-Prince ruins.

"Haiti was certainly my most challenging mission with MSF, both personally and professionally, I haven't seen that many deaths in my life, especially in young children. I wasn't prepared for that."
JAVID ABDELMONEIM

In May 2014, Javid joined MSF's team of flying doctors, nurses, and logisticians in South Sudan.

Travelling by helicopter or plane, depending on the weather, Javid and his colleagues would arrive at a remote destination around noon and open at 8am the next day. In the space of an afternoon they had to hire and train local staff, building the clinic and place to sleep. 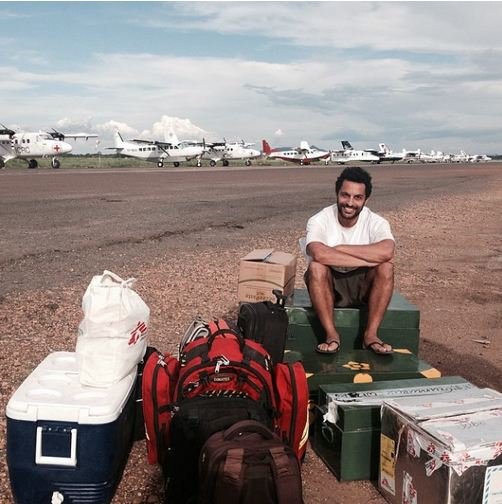 Javid among all of the contents of an MSF mobile clinic in South Sudan, 2014

Javid's most recent mission in 2014 with MSF took him to Kailahun, Sierra Leone, where he worked in high risk environments treating Ebola patients. 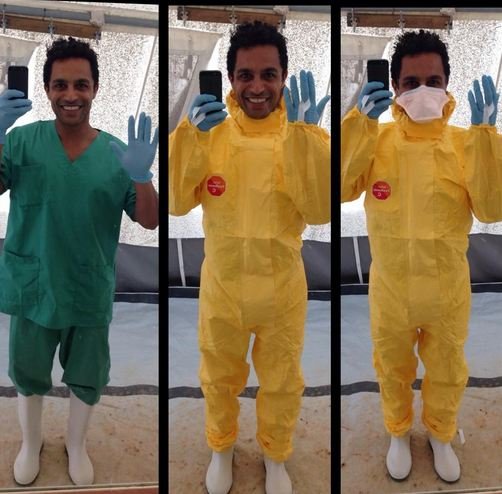 Javid dons his Personal Protective Equipment before entering the high risk zone of the MSF Ebola treatment centre in Sierra Leone, 2014.
During his time in Sierra Leone, Javid featured in the BBC Panorama documentary, 'Ebola Frontline'.

Using a head cam, he recorded his daily activities in the high-risk zone, giving us a 'doctors-eye view', and revealing the devastating physical and emotional challenges that Ebola presents.

"I feel I make a greater impact on the patients that I see working with MSF, because they are much more in need. It has given me real perspective on life and has made me realise how privileged we are here."
JAVID ABDELMONEIM 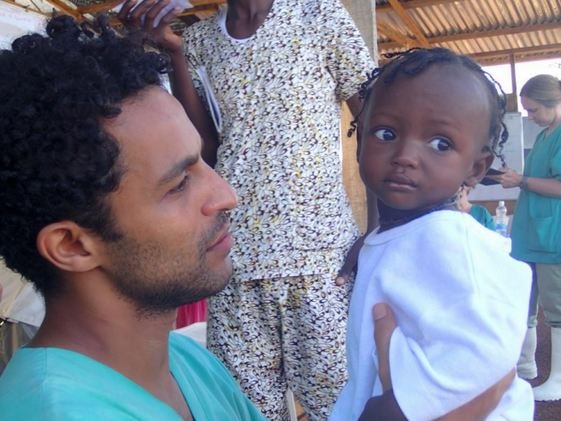 Javid with a patient, Sierra Leone

Inspired by these experiences and frustrated by an apparent indifference to suffering, Javid reflected on his time fighting Ebola in Sierra Leone in this TEDx Talk filmed in Athens in January 2015.

"It's easy to get caught up in our own lives. We often don't realise how privileged and how lucky we are. Working with MSF has given me that perspective and encourages me to continue giving back. I think that everyone should find their own way to give back, no matter how you choose to do that, because it will make your own life much happier."
Javid abdelmoneim