In Egypt, Médecins Sans Frontières (MSF) primarily responds to the needs of migrants, refugees and asylum seekers living in Cairo.

One of the world’s first nation states, Egypt has one of the longest and most diverse histories of any country and is known for its ancient civilisations. 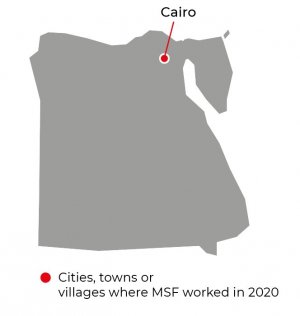 With a population of over 96 million, it is bordered by the Gaza Strip and Israel, the Gulf of Aqaba, the Red Sea, Sudan, and Libya.

The country's location means it serves as a link between North Africa and the Middle East. Rule in the country has been unstable since the anti-government demonstrations in January 2011 that ended President Hosni Mubarak's rule.

Médecins Sans Frontières/Doctors Without Borders (MSF) first worked in Egypt in 2010. Our work in the country focuses on providing healthcare for people otherwise excluded and for diseases like hepatitis C.

More than 259,200 refugees and asylum seekers are currently registered with the United Nations refugee agency, UNHCR, in Egypt. Around half of them are Syrian; the others are mainly from African countries, such as Sudan, South Sudan, Eritrea and Ethiopia. In 2020, we continued to run our integrated healthcare clinic in the capital. Launched in 2012, it offers a range of medical and mental health services, including sexual and reproductive healthcare, and treatment for people with physical and psychological trauma.

COVID-19 presented us with many operational challenges as airports closed, supply chains were interrupted, and curfews were imposed. Our teams developed innovative alternatives to in-person consultations in the areas of mental health, health promotion and social support to ensure the continuation of our services. For example, we developed phone-based psychological support sessions for the first time, although we continued to offer emergency care in the clinic. From June, in-person consultations and services were gradually restored, reaching full capacity by the end of the year.

In spite of the challenges, our teams saw more new patients with symptoms of ill-treatment and physical abuse than in 2019. In addition to conducting mental health assessments and consultations both face to face and online, our teams connected patients to essential social services with our referral partners.

We continue to collaborate with the government, civil society groups, medical providers and academic institutions to identify pathways to expand our services to include more refugees, migrants and Egyptians who do not have access to care, specifically for sexual violence and ill-treatment.

By the end of December 2019, more than 250,000 refugees and asylum seekers were officially registered in Egypt, according to the United Nations refugee agency, UNHCR. More than half of them were from Syria; the others came from countries such as Ethiopia, Eritrea, South Sudan, Sudan and Yemen.

Our Cairo programme, launched in 2012, has a multi-disciplinary approach adapted to the specific needs of migrants and refugees, consisting of medical and mental healthcare, sexual and reproductive health services, physiotherapy and social support.

During the year, we conducted a total of 16,300 outpatient consultations, including 8,250 individual mental health consultations and 2,260 for physiotherapy. We also provided nearly 2,050 social support sessions. In 2019, our teams enrolled 737 new survivors of ill-treatment/physical abuse in the programme. 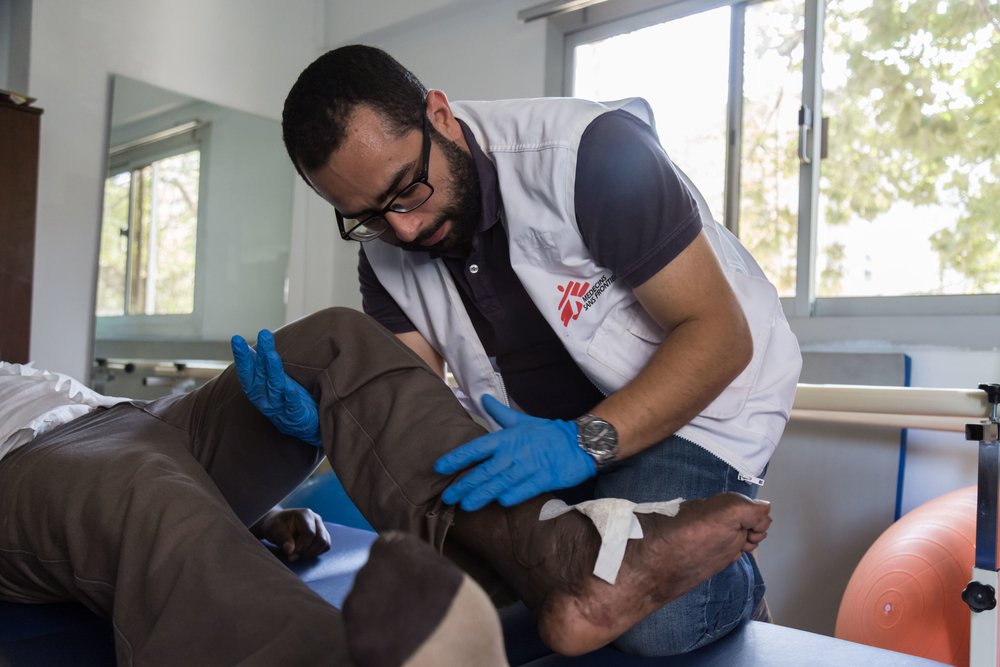 We strengthened our therapeutic mental health group approach, conducting more than 110 sessions with a total of 1,140 participants. We provided a comprehensive package of care for 1,330 victims of sexual violence, 739 of whom received care within 72 hours of the incident. We also increased our engagement with civil society, government, key medical providers and academic institutions regarding the issue of violence against women.

As part of this effort, we organised a conference at the end of the year to discuss the medical and mental health consequences of sexual and gender-based violence and find ways to improve access to care for victims. MSF established a Medical and Psychological Support Unit (MPSU) to enable clinics run by partner organisations to offer comprehensive services to victims of sexual violence. The MPSU will support these organisations to integrate, maintain and sustain the services independently. It is currently partnered with three organisations in seven clinics in Alexandria and Greater Cairo.