Eswatini has the world's highest incidence of tuberculosis

In Eswatini, we are supporting the Ministry of Heath to curb the dual epidemic of HIV and tuberculosis (TB), which, although showing signs of stabilising, remains one of the worst globally. 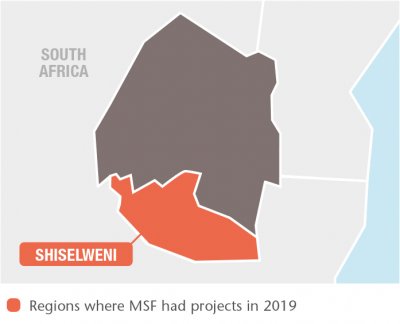 Around one-third of adults in Eswatini are currently living with HIV, and many of them are co-infected with other diseases, such as TB.

Médecins Sans Frontières (MSF) continues to look at ways to reduce the incidence and transmission of the diseases and improve patient care. In 2019, our focus was to ensure that effective, innovative and sustainable HIV/ TB prevention, diagnosis and treatment interventions were available to vulnerable people in Shiselweni region.

The first new initiatives were the introduction of postnatal clubs for mothers and their babies, as well as clubs for youths and teens, and the establishment of health posts in remote communities. We also piloted the timely diagnosis of Acute HIV Infection (AHI), the first stage of HIV, which is not detected with routine testing, to prevent the early spread of the disease. Approximately four per cent of patients who came for outpatient consultations with symptoms suggestive of  HIV infection presented with AHI and initiated HIV treatment 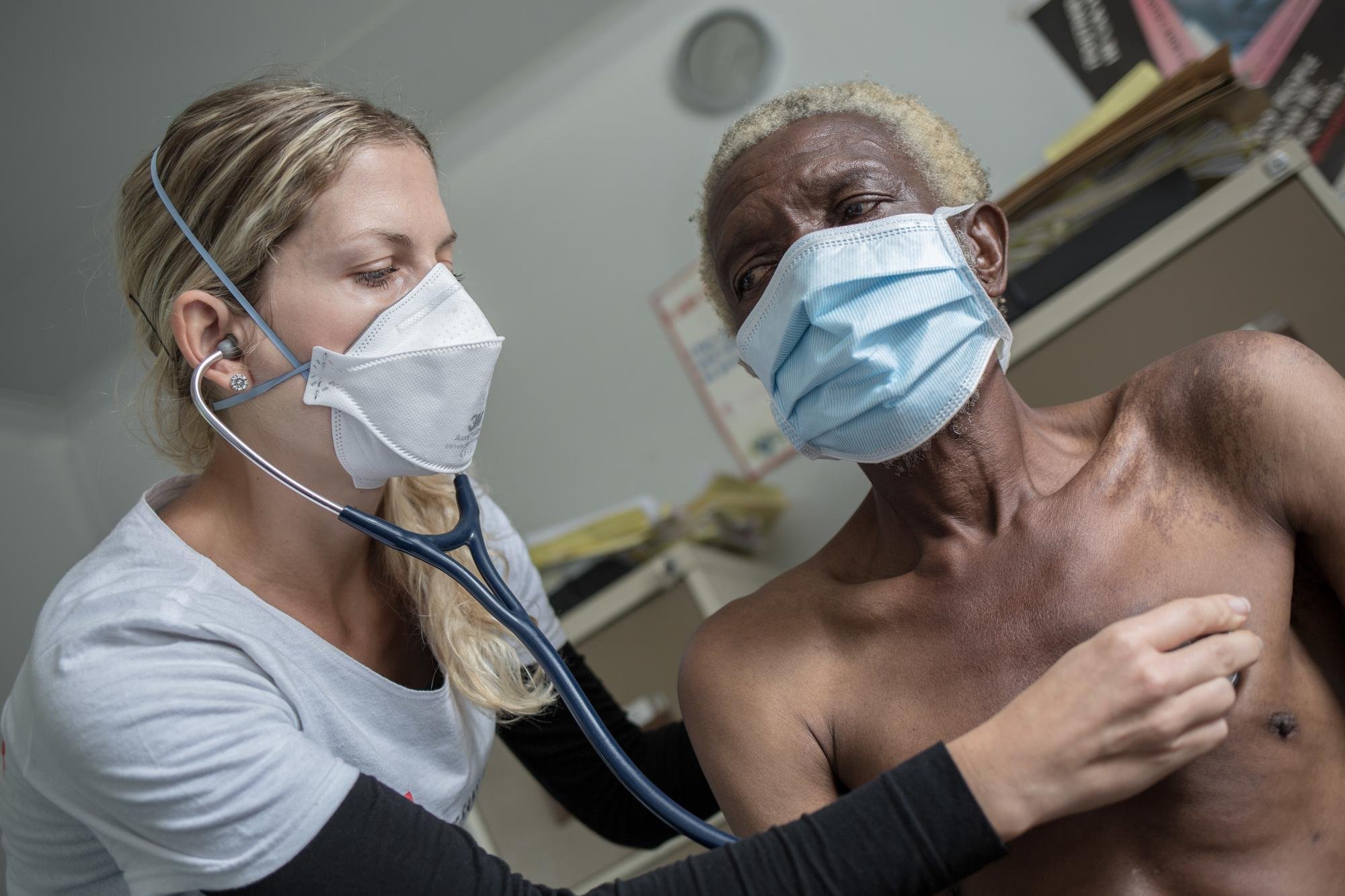 Samuel, 66, is examined for tuberculosis by an MSF doctor at Matsapha clinic.

We continued to work on improving drugresistant TB diagnosis and care, including preparing for the implementation of oralonly shorter course treatment regimens (9-12 months). Advocating better treatment options for patients with advanced HIV remained a cornerstone of our work. Finally, the cervical cancer screening programme and the viral load/TB laboratory were handed over to the Ministry of Health.

In 2018, 1,610 women were screened for cervical cancer, of whom 8 per cent tested positive. Of these, 67 per cent were treated. We provided prophylactic treatment for cryptococcal meningitis to 26 patients.

read more from our activity report >