Unaccompanied minors who arrive in France are often traumatised by violence and abuse suffered on their journey and end up in inadequate reception facilities, facing a maze of obstructionist bureaucracy.

When COVID-19 hit France, our priority was to assist the most vulnerable groups, including homeless people, refugees and undocumented migrants, as well as residents of nursing homes. 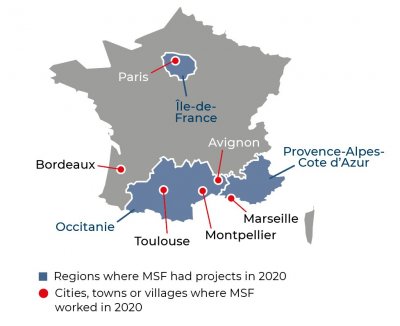 During the first wave of the pandemic, Médecins Sans Frontières (MSF) scaled up existing programmes supporting migrants, asylum seekers, refugees and unaccompanied minors to provide general healthcare to all vulnerable people living on the streets and in informal settlements in and around Paris. We also ran a hotline and sent mobile medical teams to emergency shelters and migrant workers’ hostels to detect and manage suspected cases of COVID-19, follow up patients and raise awareness about infection prevention measures. In addition, we worked in facilities set up by authorities to accommodate people who needed to self-isolate. In Marseille, we supported testing and referrals centres in two of the city’s poorest neighbourhoods.

From April onwards, as we became aware of the catastrophe unfolding in nursing homes, we sent teams to offer medical and psychological support. Many homes in Paris were experiencing critical shortages of staff and equipment, yet having to care for severely ill patients who could not be referred as hospitals were overwhelmed. As the second wave spread across the country, we launched an emergency appeal for more staff to help us reduce the burden on the most vulnerable facilities, and expanded our activities to Provence-Alpes-Côte d’Azur and Occitanie regions.

In Paris and Marseille, we offered medical and administrative support to unaccompanied minors, and as winter approached, we set up emergency shelters to accommodate them as they waited to hear the outcomes of their applications for child protection. In collaboration with four other organisations, we also provided assistance at a campsite in central Paris. MSF continues to call on the departmental councils of Île-de-France region to fully assume their obligation to protect and care for this vulnerable group.

During the year, in partnership with Utopia 56, an association that helps migrants, we focused on expanding a network of volunteer families across the country to host minors throughout the course of their appeal, during which time they are excluded from any protection or assistance from the state. 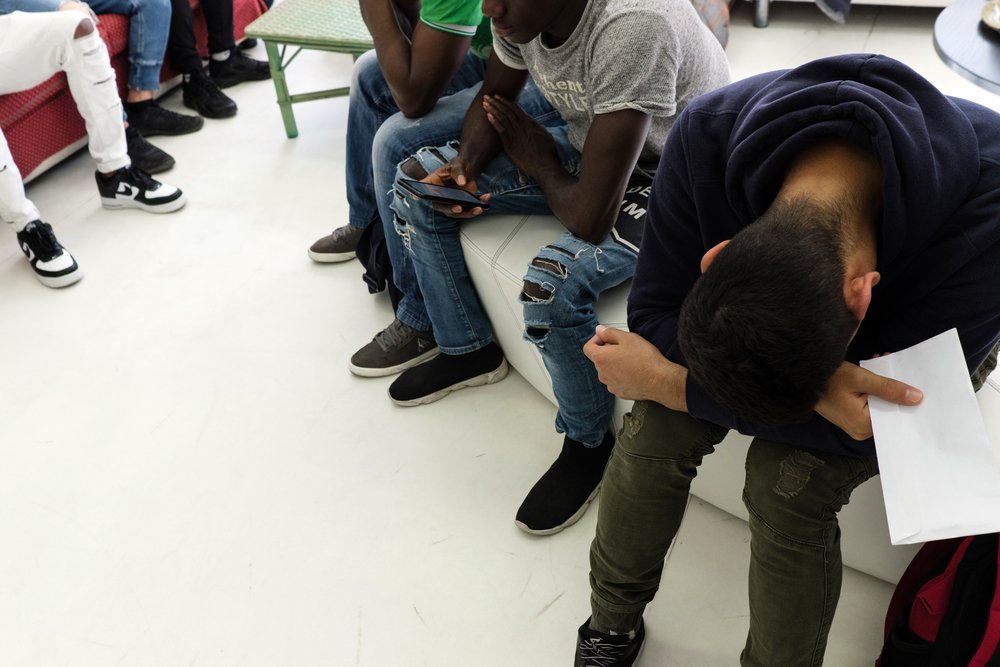 Hundreds of young migrants and asylum seekers across France are being forced to sleep rough because of the state’s failure to provide them with accommodation, despite having a legal obligation to do so. In response, from December, MSF started to provide emergency accommodation for up to 150 unaccompanied minors each night in Paris and Marseille. We also ran mobile healthcare clinics for migrants of all ages in Paris and continued to monitor the situation across the country, especially along the borders with Italy and Spain. 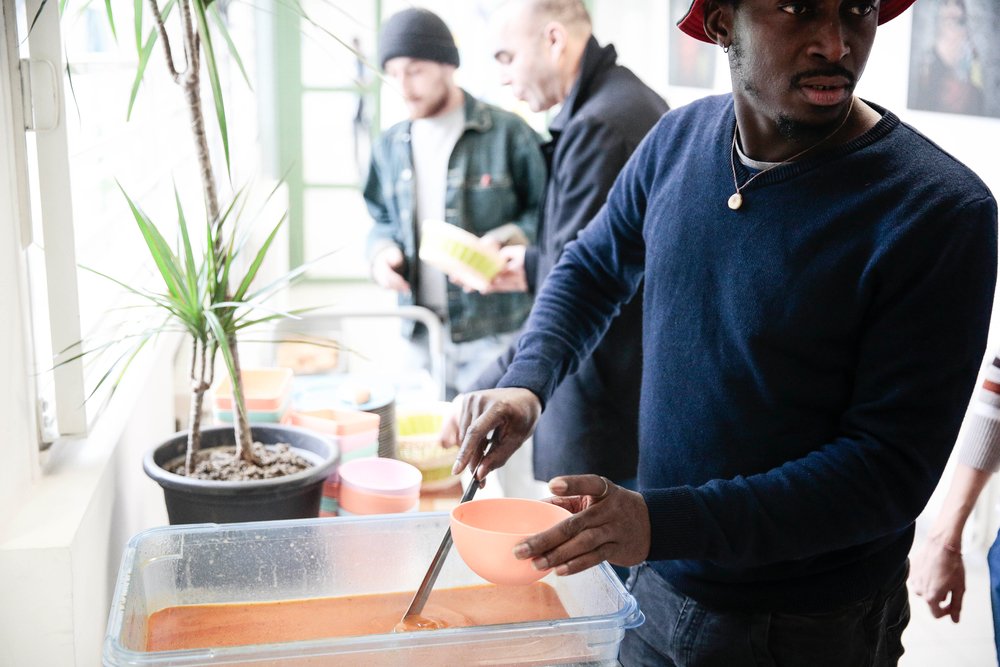 Antoine Kremer/MSF
Every day, the young refugees and migrants have lunch at the orientation center.

At the end of the year, we called for a parliamentary investigation to look into violations committed by public authorities and take action to stop the patterns of abuse and violence against migrants and people standing in solidarity with them.