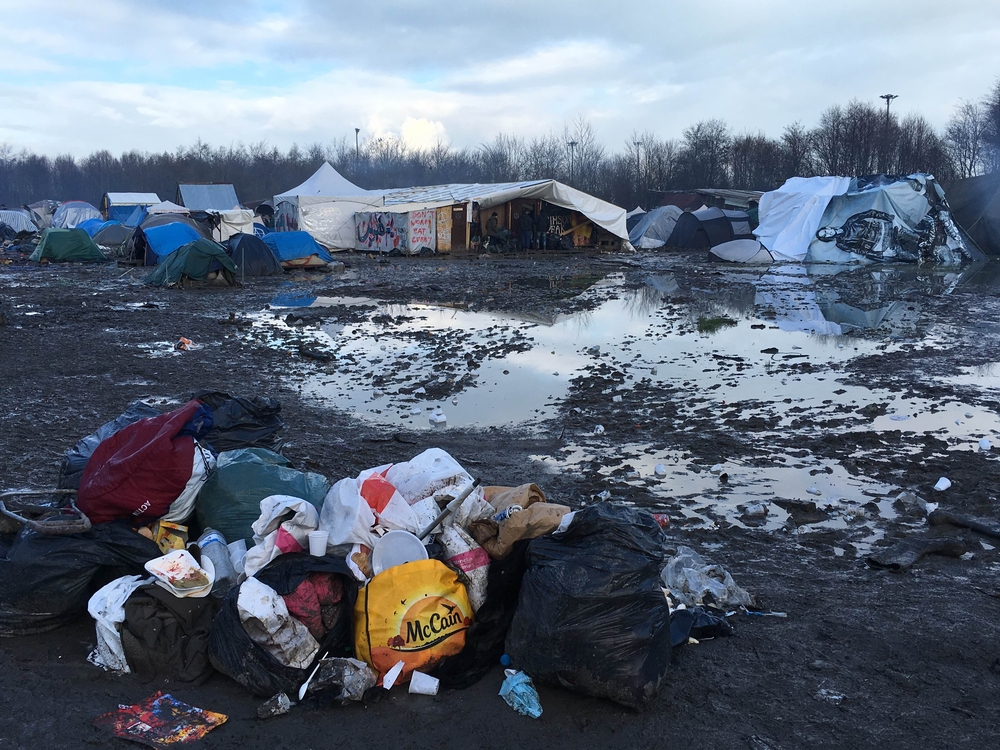 With more than one million people arriving in Europe in search of safety in 2015, the current refugee crisis is unprecedented.

This year, tens of thousands of people have already made the dangerous journey to cross the Mediterranean and Aegean Seas. The crisis shows no signs of abating.

For some refugees, the UK is their desired destination, often because they have relatives they wish to join. With the English Channel as their final hurdle, thousands are now stuck in squalid camps in northern France.

Since September 2015, Médecins Sans Frontières/Doctors Without Borders (MSF) has been working in an informal camp in Calais known as ‘the Jungle’ to provide basic healthcare, physiotherapy and mental health services.

In January, we were given permission to set up a new camp in Grand Synthe, near Dunkirk, to alleviate the suffering of 2,500 people living in another informal camp unfit for human habitation.

Conditions in the existing camp are deplorable; there is limited space, unending mud, inadequate water points and sanitation, no electricity and no heating.

People are burning themselves on fires used to keep warm and, as the temperatures drop, there could be fatal cases of hypothermia. There are 250 young children living in the camp.

This page attempts to answer some questions posed to us, as well as dispel any myths around the crisis in northern France.

Won’t an improved camp attract migrants to the UK border, increasing the threat to Britain?

Improving conditions on the transit route does not increase the incentive for people to move – it just decreases their suffering and reduces the risks to their health. The camp will cater for the people who are already there and at risk.

MSF clinic sees many burns from stove + fire as people trying to keep warm, surprising when you are camped in this? pic.twitter.com/ETbabHue9Z

Why don’t the refugees claim asylum in France?

MSF and other organisations are working to improve the information given to refugees to allow them to better understand the process of asylum. But, the asylum process in any country is complicated and time consuming. After long and difficult journeys many people are scared of entering the asylum system as they do not feel that they have a good chance of their case succeeding.

People have varied reasons for wishing to come to the UK – many of those who we meet have family in the UK, including some who say their families here are their only relatives left alive. Increasing the likelihood that people’s cases will succeed – especially around family reunification – would make people less likely to rely on smugglers/illegal routes.

Why should the UK engage, given the refugees are on French soil?

The UK government clearly already feels it has an involvement in this crisis: it has spent millions on fences in Calais, as well as on the deployment of police and dog teams.

For those in Calais and Grande Synthe, France is seen as a transit country only. Deterrence measures and dire conditions in transit have been entirely unsuccessful in dissuading refugees. The issue needs engagement by all parties, including the UK, to ensure a humane and longer-lasting solution.

Even if they are fleeing conflict, why don’t they stay in the first safe country they come to?

Countries, such as Turkey, Lebanon, Jordan and Greece, have been overwhelmed by the numbers of refugees fleeing  conflicts such as that in Syria. Millions of refugees have arrived and are dependent on humanitarian aid, to the extent that one in four people in Lebanon is a Syrian refugee.

Digging a trench to make sure his tent doesn't flood - just another day in #GrandeSythne for this man from #Iraq pic.twitter.com/N9ZpKiFQMY

After years of war, many people have given up hope of going home and want to rebuild their lives outside a refugee camp – where they cannot work and are obliged to survive on aid.

If conditions are so bad in Grande Synthe, why haven’t people been dying?

There have been some deaths in attempts to cross the Channel, but it is difficult to obtain information about these cases.  Those who have made the long and difficult journey tend to be physically fit and healthy, and have physical reserves (although some people are reporting weight losses of 10-15kg since starting their journey).

Until recently, the winter was relatively mild, but the arrival of cold weather is likely to lead to cases of hypothermia, which can have fatal consequences in a very short space of time, sometimes overnight.

Surely, the location of the camp will only increase tension at the nearby port. Couldn’t you put it further away?

MSF did not choose the location of the new camp – it was chosen by the local authorities. The location of the camp is 10 minutes’ walk away from the current site and will only have space for people who are already staying in Grand Synthe, so it is unlikely to make a difference to the situation at the ports in northern France.

This is only a short-term solution in the face of a humanitarian emergency; a long term political solution is still needed.

What about claims saying that the camps shelter terrorists?

We have not seen any evidence of people from the so-called Islamic State (IS), or any other terrorist group, in Calais or Dunkirk. We do, however, regularly hear from people we treat that the threat of IS was one of the reasons that they fled their homes.