Treatment for multidrug-resistant tuberculosis (MDR-TB) remained the focus of Médecins Sans Frontières activities in Georgia in 2018.

Situated at the crossroads of Asia and Europe, Georgia, a country of just 3.75 million people, became independent after the collapse of the Soviet Union in 1991. 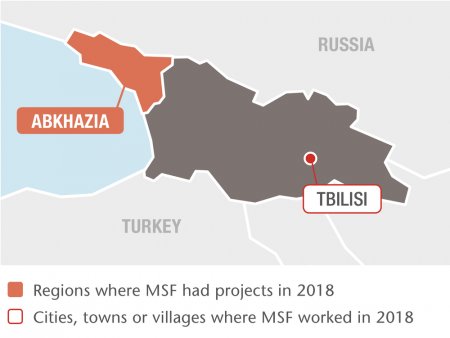 Georgia is one of the 30 countries with the highest rates of MDR-TB. MSF first supported TB activities in Abkhazia and South Ossetia regions between 1993 and 1994, and drug-resistant TB (DR-TB) care in Abkhazia between 2001 and 2014.

After 25 years in Georgia, Médecins Sans Frontières (MSF) activities, which have mainly focused on the treatment of multidrug-resistant tuberculosis (MDR-TB), are nearing completion. 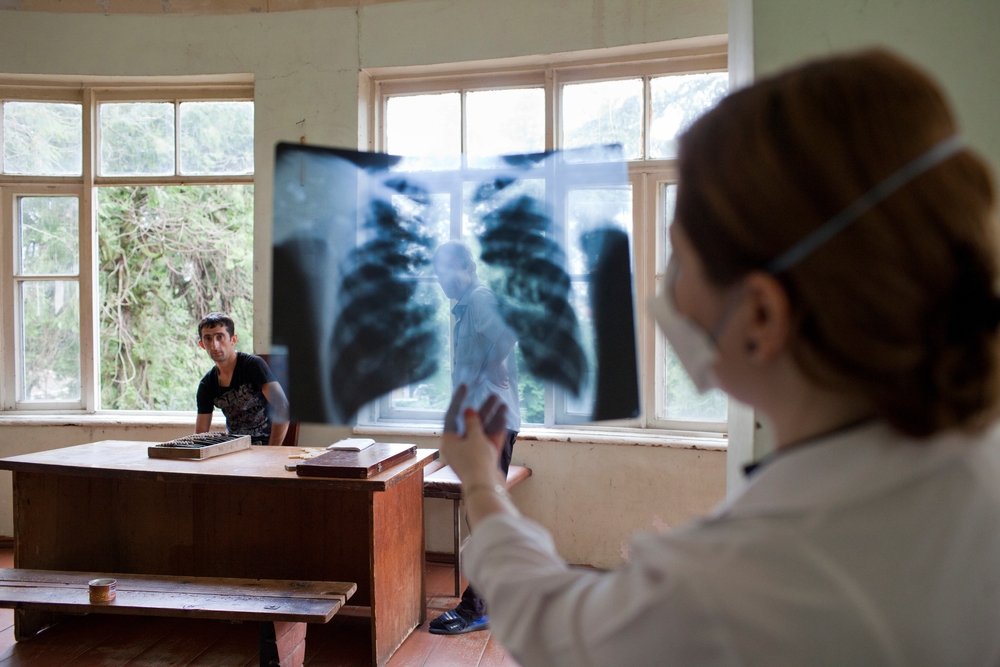 Daro Sulakauri
TB doctor Irma Davitadze at work at the Regional Center of Infectious Pathology, AIDS and Tuberculosis in Batumi.

In 2014, we began supporting the use of bedaquiline in Georgia through the compassionate use mechanism, whereby patients with life-threatening conditions gain access to investigational drugs. The following year, Georgia became one of 17 participating countries in the endTB observational study of bedaquiline and delamanid to find shorter, more tolerable, injection-free treatments for MDR-TB. A total of 297 patients were enrolled in this study.

In 2017, the first patient was enrolled in the endTB clinical trial – a randomised trial that followed the endTB study in the search for better MDR-TB treatment. Today, Georgia is one of only four MDR-TB high-burden countries to have implemented all-oral regimens for more than 95 per cent of MDR-TB patients. MSF began working in Georgia in 1993 to deliver healthcare to people affected by internal displacement and conflict.

Activities included surgery, vaccinations and supplying drugs to health facilities. Over the following years, we provided assistance to Chechen refugees in Pankisi Valley, running medical and surgical programmes as well as donating drugs. From 2000, we expanded our activities to include general healthcare for vulnerable people and treatment for visceral leishmaniasis. When the last patients in the endTB trial complete their follow-up in 2020, MSF programmes in Georgia will close.